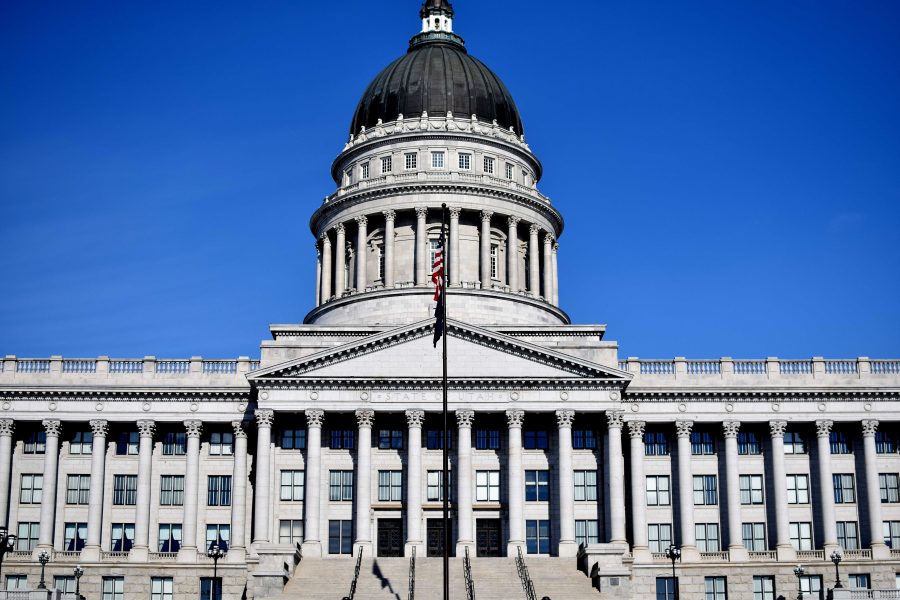 The United Utah Party recently launched a ballot initiative campaign to impose limits on state elected officials in Utah. If passed in November 2020, “Unite 4 Term Limits” would limit state legislators to 12 years of consecutive service — the equivalent of three state Senate terms or six state House terms — and elected executive officials to eight years of consecutive service. Former officeholders would be allowed to run again after a “time-out” period of at least one term.

To quote Dr. Scott R. Meinke and Dr. Edward B. Hasecke’s 2003 study on legislative term limits, “If the study of institutions in political science has any lesson to give contemporary politics, it is that institutional reforms have consequences that almost always extend beyond their intended effect and that these consequences need to be weighed against the putative benefits.” Many of the reforms supported by UUP — reduced voting barriers, an independent redistricting commission, expanded ranked-choice voting — are great ideas. However, their proposed legislative term limits are merely a solution in search of a problem and have the potential to damage valuable aspects of Utah’s political process.
Utah Has Problems, But Career Politicians Are Not One of Them
On the list of concerning aspects of Utah politics, career politicians are nowhere near the top. Utah is one of the few states that still has a citizen legislature with one of the least professionalized legislatures in the country going on 50 years. Its yearly general session is a brief 45 days, and legislators pursue separate careers (including medicine, law, education, marketing, business and finance) during the remaining 10 months of the year. Term-limited legislators are actually more likely to seek higher office than those without term limits — so in some sense, legislative term limits may empower the career politicians that UUP seeks to discourage.

A statement from UUP Chairman Richard Davis said, “The goal is to restore the ideal of citizen service and discourage career politicians. … What we are proposing is a reasonable term limit that still allows elected officials to serve long enough to make a difference, but not so long their career becomes more important than their constituents.” But in reality, term limits restrict the incentives for legislators to respond to their constituents’ interests. Term-limited legislators may feel less restrained by their constituencies, allowing them to be less attentive to the wishes of those who elected them. Legislative term limits take power from constituents and allow for other interests, such as a legislator’s career, to become more important.

UUP argues that term limits are needed because under the current system without them, “any current officeholder benefits from several ‘incumbency advantages’” including name identification, media attention, fundraising and campaign bases, a presumption of success, and voters’ inertia and risk-aversion. This reasoning not only severely overestimates the size of an average state legislator’s incumbency advantages, but it also fails to sufficiently justify imposing legislative term limits. Want to talk about name identification? Utah’s Speaker of the House is far more prominent than the average state legislator, but only 38% of Utahns could correctly name the Speaker out of four names.

And if the goal is also to decrease fundraising advantages, UUP would do better to target the 82% of campaign funds given to state legislators by special interests. When so few voters know their own legislators, many of these incumbency advantages won’t be very large, if they even exist at all. But even if they do, UUP’s proposed ballot initiative would not effectively curtail these advantages, it would just prevent a legislator from receiving them for a limited amount of time. Once an incumbent has completed the proposed “time-out” period, they could jump back in and continue to benefit.
Term Limits Hand Over Power to Special Interests
UUP argues that Utah needs term limits because long-serving politicians enjoy “a lot of time and financial attention from lobbyists.” Building relationships with politicians to influence legislation is what lobbyists do, and that will not change with legislative term limits. Some academics argue that term limits worsen the revolving door between state government and special interest groups. One study found that nearly a quarter of term-limited former legislators worked as paid advocates or consultants after leaving public office.

Unfortunately, UUP’s ballot initiative doesn’t do anything to address the actual problem, and their solution may just exacerbate it. Some of the most effective lobbyists to the Utah State Legislature are former legislators — they know how the process works, they have the necessary relationships and they won’t be outmaneuvered by more new, inexperienced legislators.

A survey of lobbyists in states that had recently implemented term limits indicated that political influence had shifted away from the legislature and towards interest groups. Governors and executive bureaucrats also gained more influence over legislative outcomes because the members of the legislature with the most experience were taken out by term limits. This loss of leadership also decreases the prioritization of oversight over administrators — how’s that for supporting “reforms that increase government accountability?”
Experienced Leadership Makes a Difference
Democrats on the hill may be a “super minority,” but they currently make up seven of the 15 longest-serving legislators in the House and three of the 10 longest-serving legislators in the Senate. Their bills have a pretty high passage rate considering the size of their caucuses, but it’s no coincidence that a small party is able to get so much done. Their legislators have deep roots in legislating and their experience shows. Legislative term limits may weaken Utah’s two-party system, and evidence shows a risk of increased partisan polarization and decreased bipartisan cosponsorship.

The Legislature already has high turnover, which would only be made worse by expelling experienced legislators. As BYU political science professor Adam Brown has observed that “turnover in the Utah House is extreme,” and “high turnover leaves little opportunity to pass on institutional memory, raising the risk of policy errors and volatility.” UUP argues that replacing experienced lawmakers with freshmen would allow for “new, fresh ideas” in political leadership, but there are real downsides to mass turnover. For example, heavy turnover has been associated with poor fiscal conditions as many inexperienced lawmakers are untrained in creating sound fiscal policy.

Utah needs experienced legislators with a wealth of area-specific policy knowledge. But because Utah’s citizen legislature provides minimal staff support to compensate for legislator inexperience, it is their experience in state government which gives a legislator the necessary skills to create effective legislation and push it through the process. Legislative term limits reduce the knowledge necessary to create efficient, complex policy in citizen legislatures.

Legislators ought to have an understanding of the policymaking process that not only makes better policy but also allows them to serve as mentors to new legislators. In term-limited states, newer legislators look to special interests and lobbyists for the information they lack. If the legislature does not have veteran legislators, the institutional memory resides with the legislature’s limited staff and special interest groups.
Good Intentions Can Create Bad Results
Like the 74% of Americans that support term limits on Congress and 75% of Utahns that support term limits for state legislators, I once liked the idea of legislative term limits. At first glance, legislative term limits may appear to increase government accountability, but once they are held up to scrutiny, the decades’ worth of well-funded pretense melts away. There is simply no merit in advocating for an institutional reform that has the potential to so profoundly impair Utah’s legislature, and as a result, the entire system of state government.

UUP pitches itself as the pragmatic, uncorrupted alternative to the polarized Democratic and Republican Parties, but its common-sense values are compromised when it proposes poorly conceived ballot initiatives. UUP may see term limits as common ground between various parties and ideologies, but its arguments are oversimplified and short-sighted and do nothing but further entrench the misconceptions around legislative term limits. Virtue signaling our way into institutional reform won’t “fix” state government, and the decisions to throw out decades worth of legislative experience cannot be made on the basis of conventional wisdom. UUP should champion thoughtful reform, rather than disempowering the public with a misguided ballot initiative.