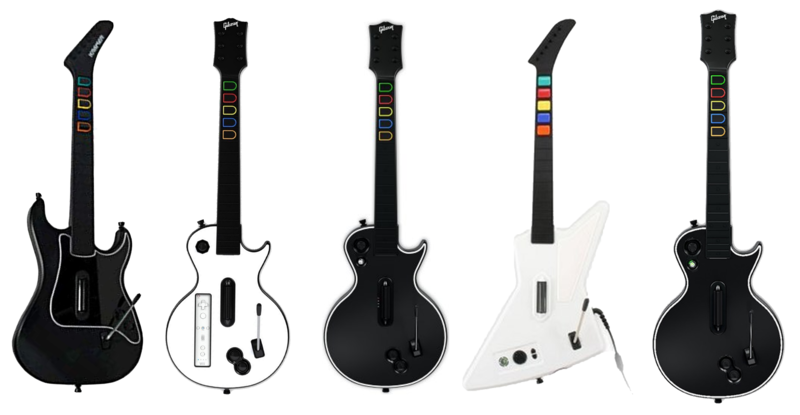 The video game industry has had its ups and downs, but game developers continue to find ways to push creativity and innovation to make the next big hit. These innovations lead to fads — trends in genre or method in the gameplay industry. They come in strong and either fade gracefully or fight to stay relevant.

With innovations, though, come gaming styles that just can’t cut it in the gaming industry. Usually, these trends come when a game developer creates a successful title or a good idea. Success in the gaming market can involve making a game with simple mechanics, like a side-scrolling “Mario Bros,” or a specific game play style, like using a different controller shape such as a guitar in “Guitar Hero.”

Platformers
Side-scrolling platformers were a thing for a while — these games were viewed from a side angle and featured characters moving left to right while vertically jumping on different platforms. 2D pixelated worlds were brought to life in the “Mario Bros.” and “Castlevania” series. Going to the local arcade was a popular hang-out spot to enjoy these games with friends.

Eventually, at-home consoles made it easier to play a continuous game without having to cough up quarters or take turns. Then came the 3D platformers that pushed out their 2D predecessors. Some of the first 3D games were “Spyro” and “Crash Bandicoot,” which gave players more adventures to experience.

Non-traditionally shaped controllers began to make their way into the market in the early 2000s as boarding games tried to hold on by making one of these controllers.

Prior to “Guitar Hero,” Activision teamed up with Tony Hawk to create his own skateboard game franchise. The “Tony Hawk” series created one of the market’s largest played game series during the late ’90s to early 2000s. The development team even branched off the popularity by creating similar versions of the game in different environments, such as snowboarding.

After pumping out version after version of the skateboard series, consumer interest slowly waned. Acitivision tried to create something new that would revamp the series in the means of a skateboard-like controller for “Tony Hawk: Ride.” Unfortunately, the idea wasn’t well-thought-out, as gamers weren’t asking for something to exercise with. The controller was pad-shaped, much like a skateboard. It was awkward and had spotty motion sense. The device made enjoying the game incredibly difficult and essentially killed the franchise.

Apparently, other game companies didn’t heed this failure. More odd-shaped devices that made players move hit the market. Controllers like the “Wii Fit,” the “Sega Activator” and the “Power Glove” for the original Nintendo console are all examples of ideas that were too ambitious for their time. The only motion capture devices that received praise from consumers were the Nintendo Zapper Light Gun for “Duck Hunt” with its primitive light receptive technology, Nintendo Wii-motes and the instrumental shaped controllers for “Guitar Hero” and “Rock Band.” These controllers were complex in look and function, but worked because they were simple. There wasn’t much to it beyond moving the remote device up and down and pressing a few buttons.

Motion-sensing devices where the controller wasn’t held were also tried out. Microsoft made the Xbox Kinect while Sony made the PlayStation Eye. Both consoles’ motion sensor cameras were meant to pick up on a player’s body movements and implement them in a game through the player character. Only games with simple graphics and crude game play could accompany the awkward and barely-working cameras.

Virtual reality eventually followed in the motion control footsteps. Players could have fun, but with the risk of getting disoriented after short periods of time. The weight of VR gear also puts a damper on the gaming experience. However, this trend comes and goes as companies try to release titles. It’s risky because it’s expensive to create a VR game that may not bring in any profit. VR systems are expensive and aren’t worth purchasing if there aren’t many games available. In-game activity is limited — just like with previous motion control systems — so it’s hard to register player movement with in-game mechanics. Add the disorientation factor, and gameplay cannot be enjoyed for very long.

As platformers died out, massively multiplayer online role-playing games were the next big thing. Games such as “Everquest,” “EVE Online” and “World of Warcraft” linked players across the world from the comfort of their own home. The genre made developers happy, as they could charge a monthly subscription to a player on top of the initial game purchase since players were highly addicted to the virtual space.

Then came the age of the first-person shooters. Titles in this genre include “Call of Duty,” “Halo” and “Battlefield.” Players would have “Halo” parties by playing locally on each others’ Xboxes or playing online continuously to earn higher stats while playing in leagues. These big titles would release a new version each year. Eventually, massively multiplayer online role-playing games merged with competitive multiplayer games. The marriage of these genres led into the battle royal-style genre within the last few years. Battle royal games are usually third-person looter-shooters, like in “PUBG,” “Apex Legends” and “Fortnite.”

Remakes: Old is New
Recently, gamers are missing individually played action-adventures and story-based campaigns in shooting titles. Game releases have gradually been removing story components and opting more for repetitive gameplay, which can cause backlash, as we saw with EA’s looter-shooter “Anthem.”

Some gamers are also fed up with developers’ trend of constantly draining players of every penny they can with little incentive. Examples of this include pay-to-win game mechanics, like in “Star Wars Battlefront II” and “Clash of Clans,” and outrageous subscription prices. Currently, a $100 monthly subscription to “Fallout 76” gives a player a private server can be easily hacked and other so-called rewards, including unlimited inventory that should already be free.

Just as movie makers are constantly recreating old classics, video game developers are remaking their original games. The classic titles come with the nostalgia of interacting with a world that was brought to life with players’ enjoyment in mind. There is peace in knowing when a player purchases a game, they’ll get their money’s worth as well. The newest “The Legend of Zelda: Link’s Awakening” is a 3D recreation of its beloved Game Boy tale. While “World of Warcraft” seemed to be the only remaining massively multiplayer online role-playing game, they’ve learned to stay relevant as they jump on the bandwagon by releasing their original version of their series in “World of Warcraft Classic.”

While fads come and go, game developers either set trends or jump on an existing bandwagon. With all the unique fads in the gaming industry, innovative ways to play will still be created. Some version of each innovation may still exist, but the popularity created during its trendy phase will eventually fade. It’s important as gamers to not be fooled by marketing tactics and for game designers to watch for these trends in order to make good business decisions. Mistakes will be made, but it’s better to try to understand why something failed and not force something too ambitious.