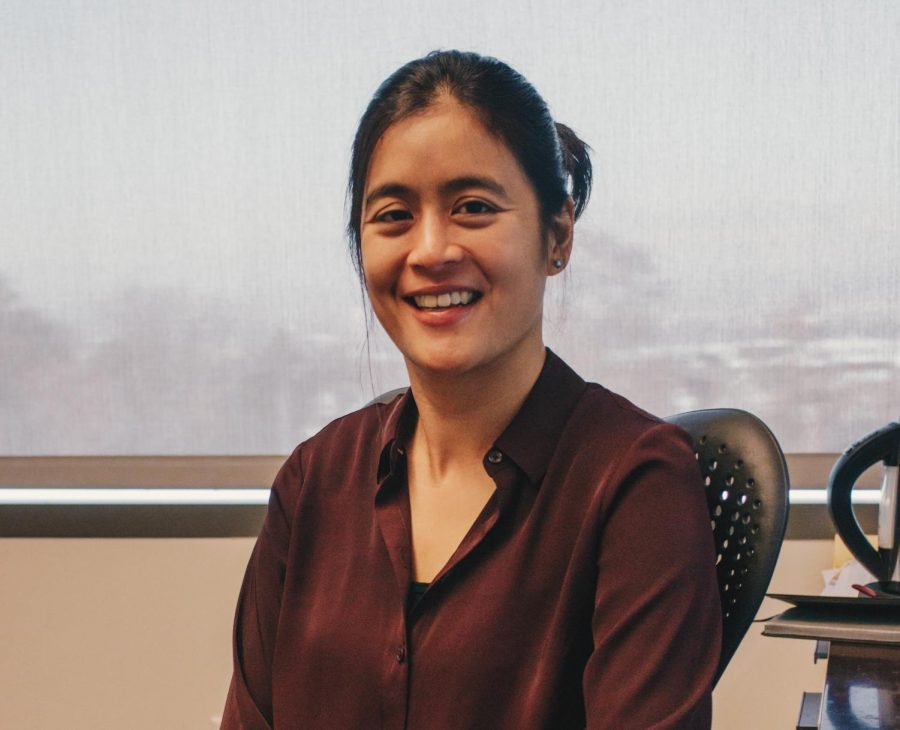 According to the National Cancer Institute, about 38.4% of men and women will develop cancer during their lifetimes. University of Utah researcher Dr. Mei Koh is working to treat and cure cancer, and major organizations are betting on her. She’s received almost $5 million in research grants during the past six years, from groups such as the National Institutes of Health and the Huntsman Cancer Institute.

Switching to Cancer Research
Koh, an assistant professor of pharmacology and toxicology, was born in Petaling Jaya — a Kuala Lumpur suburb in Malaysia — and earned her undergraduate degree and PhD at England’s University of Manchester.

“While I was away in school my grandfather was diagnosed with lung cancer,” Koh said. Her grandfather passed away about three months after being diagnosed, before she was able to return home.

“That really affected me. It’s one of those things where I was on a life sciences track — I was interested in biology and zoology, and had been studying clams at the time — but I felt like cancer research was much more relevant and beneficial for people directly around me,” Koh said.

Koh focuses on hypoxic tumors of the liver and kidney — tumors resistant to chemotherapy and radiation. Dr. Daniel Fuja, a post-doctoral research associate at the U, assists with Koh’s research in the lab. He puts in long hours, even on Saturdays, but is excited about the progress he’s seeing. “We’re looking at how these cancers are hijacking regulatory pathways to find a way to treat tumors down the road,” Fuja said.

“HIF-2 is recognized as an essential driver for clear cell renal cell cancer — the most common and aggressive form of kidney cancer, so we wanted to target HIF-2,” Koh said. “We did a screen to look for inhibitors of HIF 2. In doing so, we discovered that if we target a certain protein, we can block HIF-2 — and we can also block the ability of cells to sense and use iron.

“The cells don’t think they have enough iron, so they turn off HIF-2 and they suck up too much iron. They can’t use the iron because we’ve blocked that pathway. Then the cells have too much iron and oxidative stress and so they die.”

Koh’s protocol, if successful, will essentially lead cancer cells to self-destruct. Koh founded a small biotech startup — funded by another grant— which is making derivatives of the molecules generating this process to be used as a drug in the future.

The Role of Macrophages
By studying liver cancer development in mice, as well as meticulously sequencing individual cells from patients’ kidney tumors, Koh discovered the importance of H1F-1 in macrophages. “Patients who have high HIF-1 in macrophages have a poorer prognosis in kidney cancer,” said Koh, “which confirmed what we’d seen in our work with mice. So, essentially we found this theme of HIF-1 in macrophages driving tumor progression, which is different than what people had originally thought,” Koh said.

“People want to target the tumor, but macrophages, which are normal cells, are also playing a major role. We’ve always known this, but we didn’t know how to target it. With single-cell sequencing technology, we can identify genes and targets specifically associated with macrophages. We can learn to block these tumor-associated macrophages to inhibit tumor growth and metastases.”

A Dual Approach
Koh believes best treatments for curing cancer may require a dual approach — not unlike stopping a car. It generally involves removing a foot from the gas pedal as well as stepping on the brake.

“Targeting abnormal tumor cells is great,” Koh said. “Tumors, like life, evolve. They always become resistant … It’s a moving target. So if you also target normal cells, it may result in a longer more durable response than what we see now.”