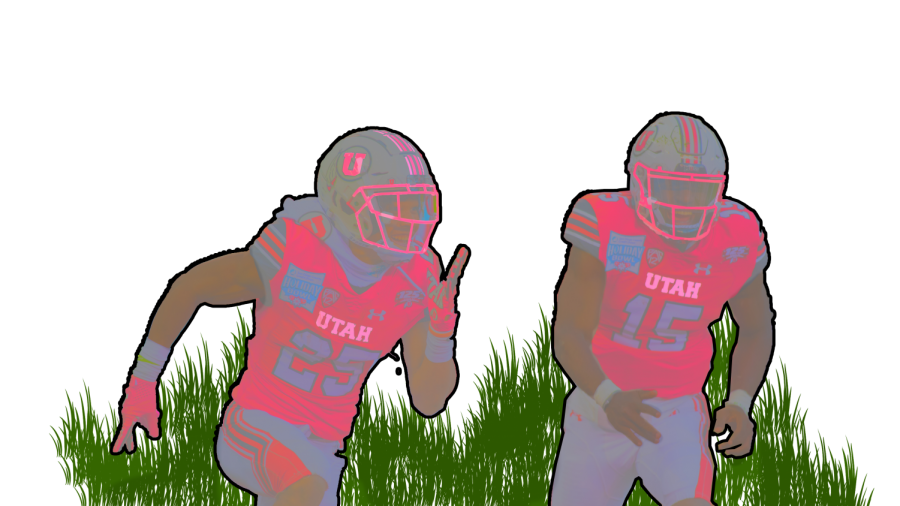 This year’s University of Utah football team has been nothing short of dominant, but that doesn’t mean there isn’t room for improvement. I decided to grade the position groups of Utah football to show how good this team really is.

Tyler Huntley is not only one of the most accurate passers in the Pac-12 but he is also one of the best in the nation. This season, he has made smart decisions with the ball where he hasn’t been forcing the ball into tight spaces where it can be intercepted. Although his slides still look rather uncomfortable, he is getting better at knowing when to run out of bounds and when to throw the ball away.

In case fans have forgotten, Zack Moss is probably the best running back that has ever suited up for the U. He has already broken three records that have been standing for decades. Moss might be on track to rush for 2,000 yards in his final season here.

But it’s not just Moss — there is a stellar group of guys behind him that have been playing well this season when Moss wasn’t able to carry the rock. Devin Brumfield and Jordan Wilmore have been great at picking up the load. Devonta’e Henry-Cole and TJ Green have also gotten their share of carries and have taken advantage of their reps.

While this year’s group has made leaps and bounds compared to last year’s group, there has still been some key drops during the season. While they haven’t caused major problems later in the game, they were still important. The tight ends started out a little bit bumpy this season, missing some blocks in the first few games, but they have really stepped it up since Game 3 and it is helping the run game enormously.

This was a position group that fans were worried about before the season started. Even though they have had a few rough games, they have stepped up. Nick Ford has been killing men on the field every single week. Orlando Umana has stepped into the starting spot at center almost flawlessly. The line is doing a solid job at making sure Huntley is protected and opening holes for the running backs.

This is yet another group that has been a huge surprise this season. While we kinda knew what Francis Bernard could do after seeing him a few times last season, he has shown fans that he is the real deal. Devin Lloyd has filled in the other linebacker spot flawlessly. The two are making big tackles and also coming up with interceptions when the team needs it. He is setting himself up to become one of the best linebackers in Utah history. The combination of Lloyd and Bernard is the best pair of linebackers the U has ever seen (sorry Chase and Cody).

Utah’s secondary is insane. They are holding some of the nations top receivers to their lowest receiving yards of the season. I believe one of the most underrated players in the Utah secondary is Terrell Burgess. Burgess has been ballin’ out for most of the season, and at times, his hard work can be ignored due to the fantastic play of Julian Blackmon.

While he hasn’t been called upon in a lot of games, Ben Lennon has been somewhat impressive during his short time as a Ute. It might look as if he is holding the ball for too long at times, but when he gets the kicks off, they tend to take a Utah bounce. While we might not see it now, we might be bringing home another Ray Guy Award in the future.

Utah fans have been blessed with strong kickers for the last few years. While Jadon Redding has been solid when kicking PATs, he has struggled with field goal attempts. Head coach Kyle Whttingham took credit for the missed kick Redding had against Cal, but a miss is still a miss. I think Redding will settle into being the kicker well and we won’t be talking about these misses in a year or so.