The Harry S. Truman Scholarship’s History at the U 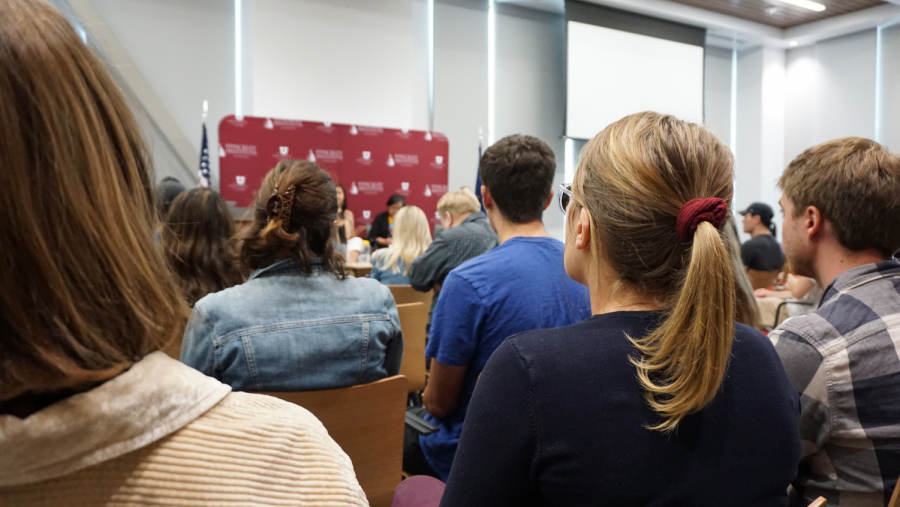 Many Truman Scholars serve in public offices, work as prosecutors and public defenders, and lead nonprofit organizations. Others serve in fields like education, agriculture and public health.

“Another Truman from Utah State a few years ago is doing research in a similar field to the one I’m interested in. When I apply for things, she gives me advice on things I can read and different programs I can look into,” said Thorne. “To think that they’ll take time out of their busy day [to help] is even more impressive.”

Carolyn Grow was the U’s first Truman Scholarship recipient in 1979. Grow, who now goes by her married name Carolyn Grow Dailey, served for 20 years as CEO and President of ASCEND: A Humanitarian Alliance. Her nonprofit organization focuses on international economic and health care development in South America and Africa.

“I actually started out as an architecture major,” said Thorne. “I took a class at the Hinckley Institute, which is really where my Truman story began. Growing up I was always a good writer, but I became a significantly more refined and capable writer while taking the Hinckley Forum Series class. I’ve had so many opportunities since then because I’ve become a better writer.

“As part of the class, we attended a forum where Senator Romney spoke about the 2016 elections. It was a very politically charged speech, with Romney coming out against President Trump as a candidate. In class, we were supposed to attend these forums and write papers from a political correspondent’s point of view, analyzing points that speakers made.”

That class — and that paper — set Thorne on a new course.

“When I applied to work at the governor’s office my sophomore year, they took me on because they liked my essay, which I used as a writing sample,” said Thorne. “That same essay helped me land a journalism position in D.C.” Thorne would eventually complete five internships — three locally, one in Washington, D.C. and one in Australia. She is now preparing to apply to law school and pursue a career in cyber law.

Janice Ugaki, Truman Scholar in 1990, has a JD from Harvard Law School and was also a Rhodes Scholar. Today Ugaki is the Co-Founder and Chairman of Firmseek, an award-winning strategic marketing and technology company based in Washington. Ugaki taught an honors leadership course at the U for several years as an adjunct professor. She currently serves on several board positions and the U’s National Advisory Council.

“Ted Wilson at the Hinckley Institute really mentored me and showed me a path in terms of how to make the world a better place through public service,” Ugaki said. “It made me feel like I really needed to pass the baton. One of my biggest goals in life is to leave the world I live in better in some meaningful way, and to really inspire and support the next generation to do the same.”

Kirk Jowers, also a 1990 recipient and Harvard Law School graduate, is the Executive Vice President of Corporate Relations and European Markets for doTERRA International. Before joining doTERRA, Jowers was the U’s Chief Advisor to the Office of Global Engagement, an associate professor of political science, Director of the Hinckley Institute of Politics and a partner at Caplin & Drysdale, a Washington-based law firm.

Trevor Reeve, the U’s 1992 Truman Scholarship recipient, has a Ph.D. in Economics from Harvard and is on the Board of Governors of the Federal Reserve System. He also served as Senior Advisor to the U.S. Executive Director of the International Monetary Fund, and has authored many publications on economics and commodities.

“The Truman Foundation nurtures young people and encourages them to make the world a better place through public service,” Ugaki said. “Getting that affirmation at such a young age that this is not just a lofty goal or a dream but a reality that you can actualize, I think that’s what the Truman Scholarship gives to young people. It backs them up to say, ‘You’re on the right track. Don’t think that this is unattainable. There is a cohort throughout the world who believe in the same things you believe in.’”