Utah Soccer Hunts for Win to Close Out Regular Season 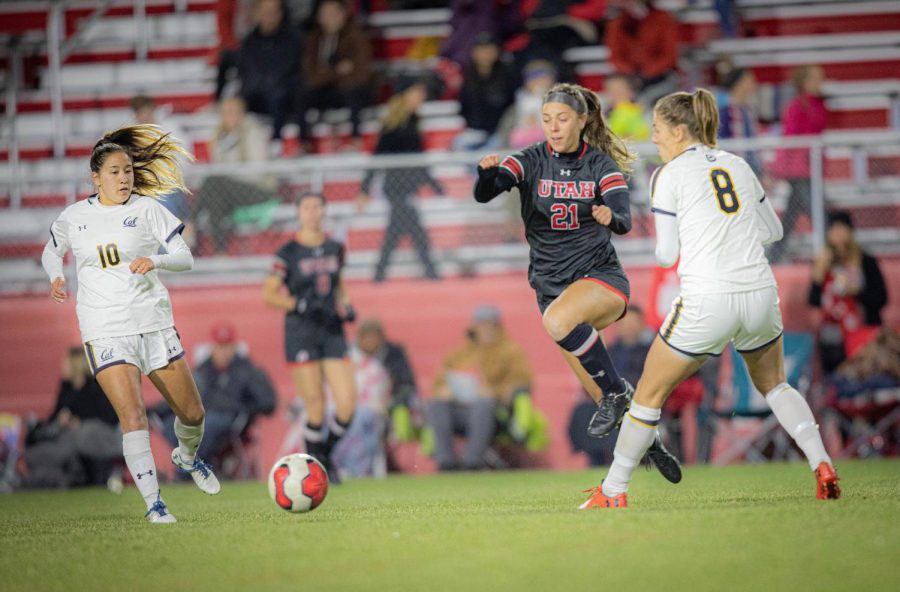 The University of Utah soccer team looks to close out their season with a win this week against the Colorado Buffaloes. With a win this week, the Utes could improve to a .500 season and finish off what has been a strong opening year in their new stadium.

It has not been smooth sailing for the women of Utah in the last few weeks. The statement win over then-No. 21 Washington came at the tail end of a five loss, one tie streak. The rough patch for the Utes has placed them in ninth in the Pac-12.

While the road has been bumpy, the Utes still can look to end their season on a high note. A win on senior night would be beneficial to the morale of the team. A few things must happen for the Utes to come out victorious.

With a clutch shot in the 30th minute against Washington, Ireland Dunn closed the game for the Utes. If Utah wishes to put the Buffs to bed, shooters like Dunn, Holly Daugirda and Courtney Talbot must have hot feet.

Utah needs to create more shooting opportunities. Against the Huskies, the Utes only had 5 shots, 1 of which was on goal. Compared to Washington’s 24 shots, 8 on goal, Utah seems to be lacking in scoring opportunities. If the Utes can find some of that same rhythm they showed earlier this season on offense, this game should go in the win category.

As always, the flip side of the ball will be critical to a Utah victory. Just as the sun rises in the east, Utah can expect Carly Nelson to keep performing at her fantastic level. As previously mentioned, Washington had 8 shots on goal. However, the scoreboard had Washington at 0 scores. This shutout came courtesy of Nelson and her surrounding defense.

While Nelson and the defense usually perform at top form, the Utes have had issues keeping their opponents from finding the back of the net. To seal the deal against Colorado, Utah will need its defense performing at maximum capacity. Colorado has proven they can score if given the opportunity. Utah will need to keep Colorado’s shots on goal to a minimum.

With senior night on Thursday marking the end of the regular season, Utah is hunting for a win against the Buffs. Although the tail end of the season has not gone as well as hoped for, Utah still has a chance to make a statement on their home field and end the season as a .500 club. A win would also give Utah momentum going into the postseason and recruitment season.

Kickoff will be at 7 p.m.  at Ute Field. Honors for the seniors will precede the match.