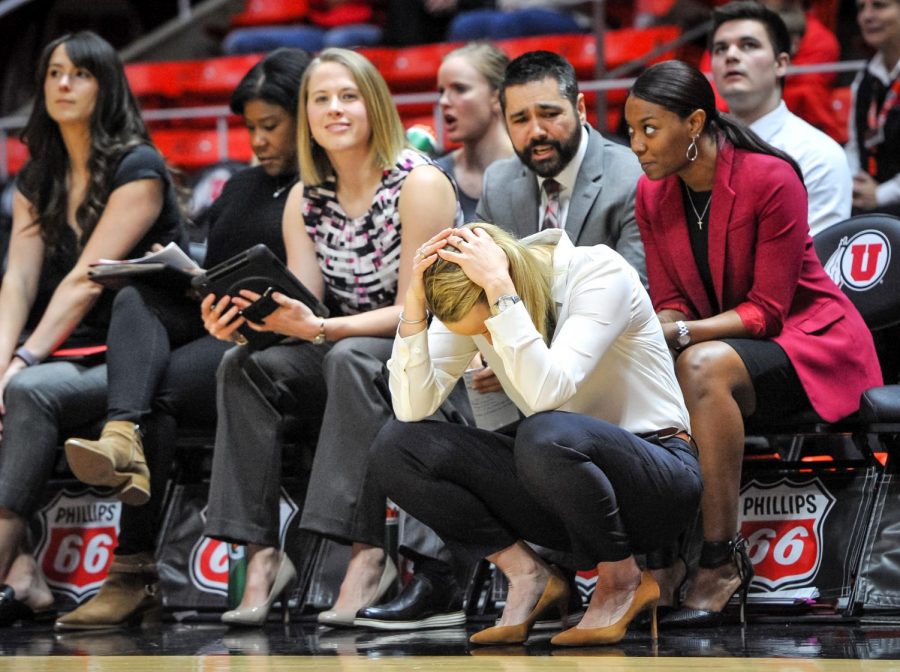 The University of Utah Women’s Basketball team dropped their first two games of the 2019-2020 season in Cincinnati. On Tuesday, Nov. 5, the Utes fell to Cincinnati in a hard-fought game, 68-62. Two days later, they lost to Xavier 70-63, in a game decided in the final minute.

Turnovers were the major topic of the week for the Utes, who racked up 38 between the two games. Despite all the turnovers, the Utes found a way to keep both games competitive with gritty defensive efforts. In the second quarter of both games, the Utes held the opponents to 7 points.

The fourth quarter saw a similar back-and-forth flow as the rest of the game. The Utes trailed by 7 heading into the eventful final minute of play. Maxwell hit a three-pointer to cut the lead to 4. After 2 made free throws for Cincinnati, Maxwell sank another three-pointer to make it a one-possession game with 24 seconds to play. That’s as close as the Utes would get as the Bearcats made their free throws down the stretch to put away a Utah team that would not quit.

“You have to give Cincinnati credit because they are a good team and they are experienced,” head coach Lynne Roberts said to Utah Athletics. “We are on the road and it is the first time that most of these guys have put on a Utah uniform. Not trying to give them an excuse, but it showed. We never really got into a rhythm.”

“We will watch the film and get better. They are going to have a great year and this isn’t a bad loss. We hate losing, but we just have to move on,” Roberts said to Utah Athletics.

Utah began the fourth quarter with 6 quick fouls in the first three minutes. This put Xavier to the free-throw line, allowing the Musketeers to retake the lead. From this point, it was a back-and-forth affair. Xavier held a 5-point lead with less than a minute to play.

For the second time in as many games, the Utes cut the lead to one possession with less than a minute remaining in the fourth quarter when Torres hit a three-pointer to cut the Musketeer lead to 2 points. Also reminiscent of Utah’s first game, Xavier, who had struggled from the free-throw line all night, knocked down 5 out of 6 free throws to close out the game, putting the pesky Utes to bed.

“Congratulations to Xavier,” Roberts said to Utah Athletics. “I thought they played really well and extremely hard. I’m disappointed in the outcome — we aren’t used to this, but it’s a marathon of a season and we have to keep coaching and teaching and bringing this young, new group together. We’ll keep chopping wood and we will get there.”

Next up for the Utes
Next for the Utes, they will host South Dakota at the Jon M. Huntsman Center on Saturday, Nov. 16, at 12 p.m. This will be the Utes’ annual Ute Proud game. The game will also be available for live stream at pac-12.com.