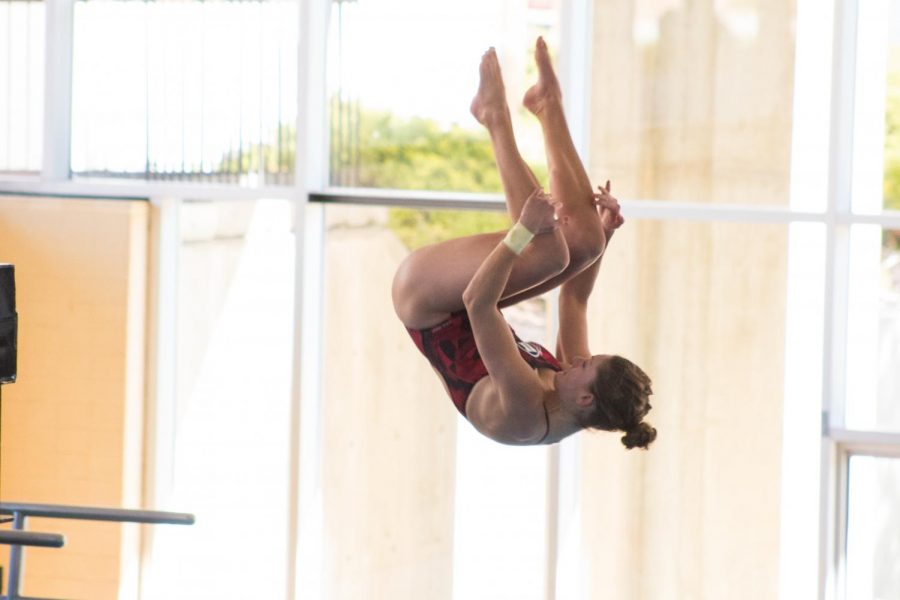 The University of Utah diving team had a successful weekend at the Trojan Diving Invitational in Los Angeles. Competing in a series of events over three days against many schools from across the West Coast, the Utes did well to place in multiple contests.

On the final day of competition, the Utes came out with some strong performances in both events. In the Men’s 1m, McDivitt finished 5th with a score of 534.55. Chen finished 7th, scoring 511.30. Hindmarsh grabbed 10th, scoring 482.85.

In the Women’s Platform, freshman Reagan Caufield scored 421.60 for a sixth place finish.  Her score is the eighth best in Utah swim and dive history.

“Regan salvaged the day with a good performance on tower,” said head diving coach Richard Marschner to Utah athletics. “It was the first time she has ever competed in that event and she dived with confidence and poise. She will improve with the more experience she gets.”

With many underclassmen scoring well and placing high in the event, it’s clear the Utes have a great foundation for the next few years. The Utes got some great experience here and will look to improve further at the Georgia Diving Invitational in a few weeks. Placing well here gives some confidence going into future meets, and the Utes will continue to work hard to improve as they get ready for the rest of the season.