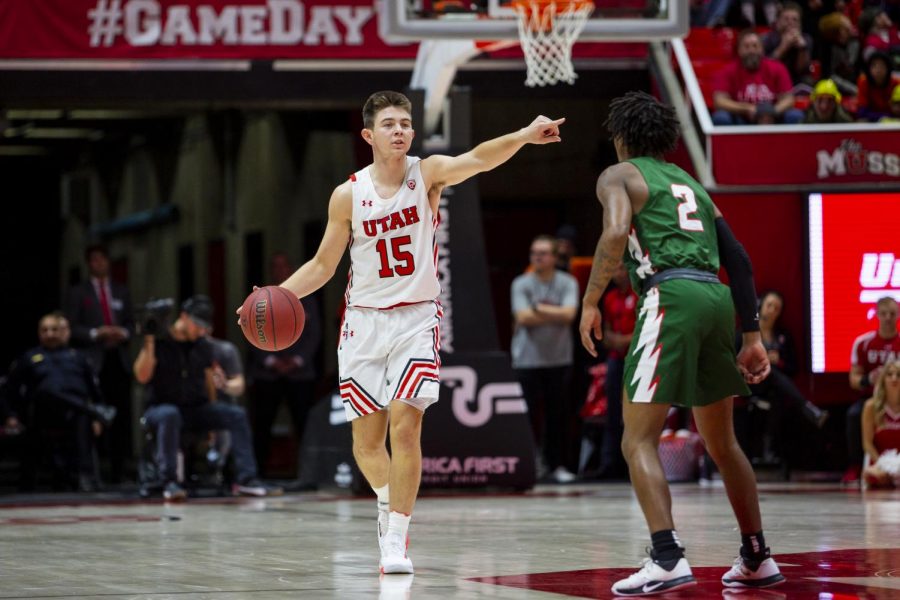 Utah’s Previous Matchup
Utah will be playing off the back of a record-breaking game, scoring 143 points in a 94-point victory over Mississippi Valley State. The Runnin’ Utes were also able to hold off the Nevada Wolfpack for their first away victory of the season last Tuesday.

Utah’s Projected Starters
Timmy Allen is coming off the back of two massive performances against Nevada and Mississippi Valley State. Against the Wolfpack, Allen scored 23 points, helping the Utes to hold off Nevada in the final minutes of the game. Against the Delta Devils, Allen dropped 26 points to lead the Utes in their 94-point victory.

Rylan Jones will command the backcourt once again against the Golden Gophers after his first collegiate triple double against Mississippi Valley State. Jones scorched the Delta Devils with 10 points, 10 rebounds and 11-assists. Jones has led the Utes in assists in both games they’ve played in so far this season.

Both Gach will also be starting for the first time since his first collegiate triple double. Gach dropped 22 points in Reno against Nevada last Monday, scoring important points down the stretch. He also had 12 points, 10 rebounds and 10 assists against MVSU.

Riley Battin has been instrumental in Utah’s first two victories with a 15-point, 8-rebound performance against Mississippi Valley State and a 9-point, 6-rebound showing against Nevada. Although Battin’s stats haven’t jumped off the page through the first two games this year, his presence on the floor has helped create multiple scoring opportunities to lead the Utes in both victories.

Branden Carlson looked like a man on fire against the Delta Devils last Friday night. The freshman started the game with 12 quick points to help the Utes get the ball rolling on a record-breaking night. Carlson had a 10-rebound performance against the Wolfpack, clearing the boards and starting the ball in transition.

Minnesota Players to Watch Out For
Marcus Carr is a redshirt sophomore after transferring from the University of Pittsburgh in 2018. So far in 2019, Carr is averaging 14.3 points, partnered with 7 assists and 7 rebounds per game. Carr will most likely start at the guard position for the Golden Gophers on Friday.

Payton Willis is a redshirt junior for the Golden Gophers. Willis transferred in 2018 after spending two seasons as a Vanderbilt Commodore. This season, Willis is averaging 15 points alongside 3.3 rebounds and 3 assists per game. Willis will most likely start at the other guard position for Minnesota.

What’s Next for Both Teams
Utah will match up with Coastal Carolina in the Myrtle Beach Invitational on Thursday, Nov. 21, 2019 on either ESPNU or ESPN News. If the Utes win this game, they will play again on Friday Nov. 22 against the winner of Baylor and Ohio. If they lose against the Chanticleers, the Utes will play the loser of Baylor and Ohio on November 22. The Championship game of the Myrtle Beach Invitational will be played on Nov. 24.

Where to Watch the Game
The game Friday will be played at the Jon M. Huntsman Center. You can also watch the game on Pac-12 Networks and listen to the game on ESPN 700.