Crofts: Higher Education Trains Americans To Be Silent And Intolerant 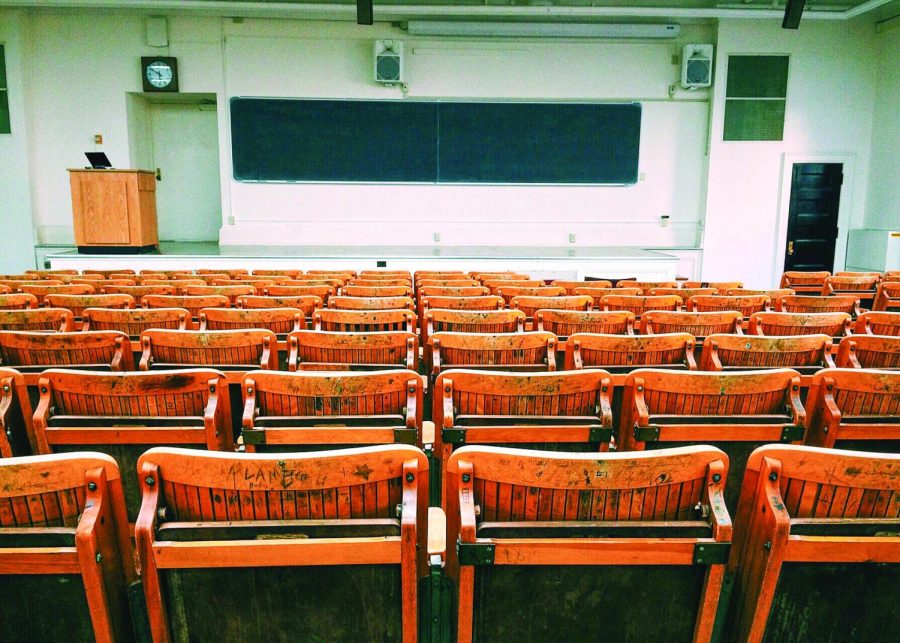 The higher education system has failed the American people in many ways. University campuses in particular have added to the breakdown of tolerance and conversation in the United States through their lack of political diversity among professors and their failure to properly educate students on the fundamental rights, principles and liberty that makes America the envy of the world.

In a time where more high school graduates are going to college than ever before, you might expect that more education would lead to increased tolerance and less political polarization, but that is not the case. One explanation may be that professors are increasingly becoming more liberal, with Democratic professors outnumbering Republican professors 10:1 on college campuses across the United States. This disproportional ideological skew has a negative impact on campuses — it does not create tolerance when students are exposed to only one perspective. Instead, it puts a handicap on the way students think.

On college campuses, you will often see protests against speakers, marches demanding a ban on guns and social justice warriors who divide students based on their identity. For some reason, these students are not educated on the basic rights of free speech. Some chants and signs argue that “Hate Speech isn’t Free Speech,” but this statement alone shows the lack of First Amendment education these students have had. In reality, hate speech is free speech, and it is protected by the First Amendment. Students have no problem exercising their First Amendment rights by protesting, marching and boycotting, but many still don’t know how to defend it.

Whether at the University of California Berkeley, where over 1,500 students rioted against Milo Yiannopoulos, preventing him from speaking, causing over $100,000 in damage to the campus and injuring six people, or right here at the University of Utah, where a speech by Ben Shapiro was also met with protests, the common theme is that students are incapable of hearing a viewpoint that does not line up with their ideology.

The unfortunate reality is that this lack of education is not limited to free speech but to a whole host of issues. There are articles, tweets and marches demanding that guns be banned and taken off the streets, as if these activists do not know that the right to bear arms exists. Campuses across America have diversity and equity centers that do nothing but divide students based on skin color and identity, things nobody can choose. The truth is, universities have pushed political correctness and preached diversity and tolerance but have done very little to make a positive and meaningful impact on society.

In many ways, I don’t blame the students — I blame the education system and universities who employ educators who consistently fail to teach the basic rights of American citizens. It’s not as if professors are apolitical or don’t talk about local, national or global issues. They do. What many professors don’t do is take the time to explain why attempting to stop a speaker from exercising their First Amendment rights is anti-American and intolerant toward opinions you don’t agree with. The effect of political correctness in education translates directly to other arenas.

How can students be expected to handle the complexities of society when they are not exposed to “offensive” or “different” viewpoints in the classroom based on the fear of hurting someone else’s feelings?

A study by the Cato Institute found that 71% of Americans believe that political correctness has silenced important discussions that our society needs to have. The same study showed that 58% of people feel the political climate prevents them from saying things they believe. Many people I know — including myself — feel that the climate on campus and within society has kept them from expressing the things they feel to be true. People are scared that they will be treated differently or “de-friended” for sharing their opinions.

If you have paid any attention to our current political and social climate, or even browsed Twitter for more than a few minutes, you can see that America is polarized. We are living in a time with no sense of tolerance for the other side — and if you disagree with someone’s point of view, you must be a bad person. If you voted for Trump, the only explanation is that you are a racist, and if you vote for a Democrat, you must be a socialist. The byproduct of this cultural shift is that society is deaf and America that is silenced. If you wonder why we are living in such a crazy time, you don’t have to look further than these failures of higher education.