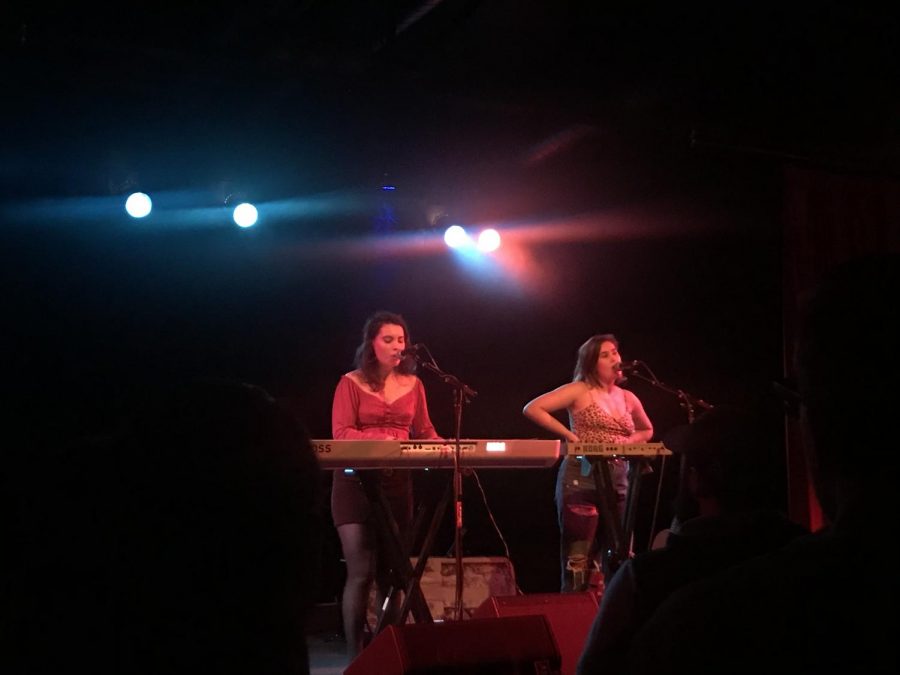 Salt Lake City’s music scene comes alive on Friday nights with venues in the downtown area hosting a wide variety of artists. This Friday was no different at the quirky venue The State Room, boasting a sold-out show of indie folk artists including Penny & Sparrow and Lily & Madeleine.

Sister duo Lily & Madeleine opened for Penny & Sparrow. They played an emotional, relaxed and seamless performance of songs from their previous albums while mixing in songs from their latest album, “Canterbury Girls.” They opened with the title song “Canterbury Girls.” The album and song are named after Canterbury Park near their home in Indianapolis, where the Jurkiewicz sisters spent much of their childhood. “We would just run around and ride our bikes around the park in middle school,” said Lily Jurkiewicz. “We would talk about what we wanted to do when we grew up not knowing about this or the challenges we would face as individuals and as women.”

The park, along with their personal lives and journey as artists, served as the inspiration to what the duo calls their most personal record yet. “The album is about recognizing all the baggage you’ve picked up along the way, but still remembering what you want,” said Madeleine Jurkiewicz. The “Canterbury Girls” songs Lily & Madeleine chose to perform at The State Room reflect the traumatic emotions associated with heartbreak. First, there was a stripped-back, acoustic version of “Supernatural Sadness,” a song about a relationship that turns toxic after becoming a host for another person’s baggage. The moody, melancholic lyrics were unable to hide behind the psychedelic, synth-heavy beat of the original recording in this performance.

Next on the setlist was “Circles,” an introspective piano ballad about a relationship Madeleine had. “The gist of the song is that it’s basically four chords over and over and over because I wanted it to feel like a circle. It’s very personal to me,” Jurkiewicz said. “It starts out talking about this guy that I was seeing that I really liked, but he just wasn’t that good, and then at the end of the song I kind of switch it to be like hating on myself for sticking around.” The sisters closed out their set with “Go,” a similar song that Lily wrote a week into a relationship that she knew wasn’t going to work out, but ultimately she ended up staying in the relationship for over a year.

Lily & Madeleine’s performance at The State Room was an intimate and vulnerable listening experience. Their songs are deeply personal to them but relatable to others — especially to a younger audience. Lily & Madeleine are 22 and 25, respectively, and these ages are where self-discovery, love and heartbreak go hand in hand. They’ve found a way to chronicle their innermost thoughts and feelings into songs with stories an audience can insert themselves into. During the concert, I felt as though I had been transported back to the fallout of a previous relationship. For the entirety of their set, I reflected on those emotions I felt so deeply at that time, but have long passed.

Music is timeless and everlasting in the feelings it can evoke at different stages in life. Lily & Madeleine have managed to create rich melodies that evolve as they grow and change as both individuals and artists, while continuing to channel universal feelings of love and heartbreak.