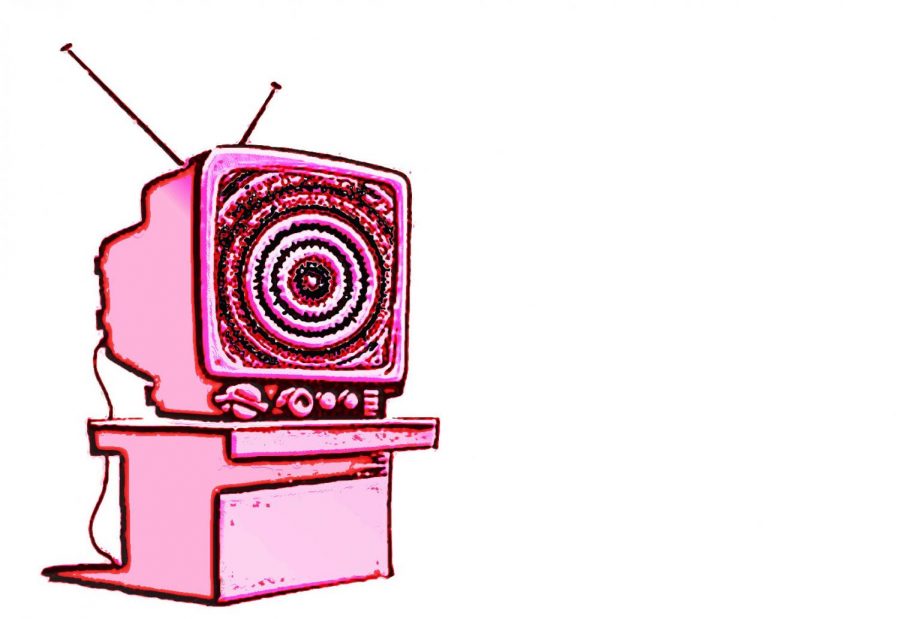 While summer is my seasonal time to read without the nagging feeling that I could be doing 30 other important tasks, fall and winter are my binge-watching seasons. It’s far too easy to climb into bed and binge a couple of episodes instead of doing, well, anything else. “Law and Order: Special Victims Unit” has been my poison this year — I started watching from the first episode during fall break and am now on season nine. Olivia Benson and Elliot Stabler are far more interesting than studying for my media law class, but the good thing is that some of the case law used in the show rings familiar with my class. Too bad I can’t bring Casey Novak with me.

Thoughts of doomsday have been on my mind for the past three years now, but the October revival of “The End of the World” has actually provided a pleasant break from our modern dystopia. The picture book by Don Hertzfeldt — not to be confused with the trending second season of Netflix’s “The End of the F***ing World” — originally hit shelves in 2013 and tells a fragmented and wonderfully absurdist story through Hertzfeldt’s iconic stick figure art style. Bleak, depressing and ridiculously funny, this book has rekindled my love for Hertzfeldt’s animations, like “It’s Such a Beautiful Day” and “World of Tomorrow.”

I’ve noticed as the years go on, it’s tough to really keep up with any shows or anime, though at times I’ve been able to play dubbed anime while I do some work. “Blue Exorcist” has been my recent watch — and it’s become one of my favorites so far.

What gets me about this show is the humor and how ridiculous some of the demons are. For example, a random demon might possess a spec of dust that looks like a kitten — which is only part of the oddity. The show itself is about an anti-hero that turns out to be half-human and half-Satan going to school to be a demon hunter, and it’s entertaining to say the least.

During the first week of October, I went to go see “Joker” in its initial week of release. Throughout the month, I frequently found myself thinking about and reflecting on the movie as it was so poignant, complex and quickly had a large social impact. This thriller sets an origin story for the character of the Joker, but I found the movie’s discussions of class conflict, social services and the role of protests in society to be the more compelling aspects of the film. Before this movie, I don’t think that I had seen a film without a single redeemable or “good” character, yet its depictions of Gotham City felt eerily similar to some aspects of today’s world. Overall, despite the criticism that the film received, I still believe it is a worthwhile watch as the film is simultaneously tragic and thrilling.

October was a great month for music. Kanye, Rex Orange County, City and Colour, Finneas and other artists all dropped albums. It was a buffet for the ears this month with all of the various genres releasing new works. It felt fitting that a lot of these artists were changing their styles and taking risks. They were growing and changing this month like the seasons around us. Hopefully, in the spring, they’ll follow the patterns of nature and release even more transformative music.

Bon Iver’s 2019 album “i,i” has been playing repeatedly this month. The style isn’t normally my pace. I’ll take all of my art experimental, with the exception of music. Which isn’t to say I have no taste — this is what happens when you grow up on ’60s folk. Maybe it’s because of how soulful Justin Vernon sounds inside his blend of electronic and acoustic, maybe it’s because there’s always a moment in his songs that sounds like a revelation, but I love it. I get lost in the underwater, enveloping quality and poetical ambiguity of these songs.

For me, October was consumed by hours of rehearsal. Not that I’m complaining — I love being a theatre arts major and exploring all the opportunities it provides — but I found that the art in my world was very focused on developing my work. My director pointed me to a Ted Talk author that Elizabeth Gilbert gave called “Your elusive creative genius.” Gilbert, most notably the author of “Eat, Pray, Love,” talks about her pressure to follow up on a big success, tangentially discussing how our approach to creativity is far removed from what ancient societies believed. She tells a story, one that I now think about on the daily, of poet Ruth Stone being struck by this elusive “genius,” feeling a poem literally overwhelm her and running inside to scribble it down. The takeaway was simple for me: don’t be daunted by the towering feat of creating something marvelous — simply show up and do the work. To anyone feeling creatively lost, I highly recommend this.

Those unfamiliar with the name “Don Hertzfeldt” have probably brushed against the animator’s oeuvre at some point. His best-known work includes two movies, the creepiest couch-gag to ever air on “The Simpsons” and, perhaps most popularly, the infamously once-viral “My spoon is too big!” Hertzfeldt’s filmography is funny, twisted and foreboding. Last month, Hertzfeldt released a graphic novel, “The End of the World,” with no exception to his on-brand flair. Detailing the strange ongoings of the survivors of an apocalypse, this heart-stirring book contains many surreal sentences like “Balloons are the offspring of ghosts and tires” and “The Easter Eel hides leathery egg sacs filled with chocolate across the land.” To readers like me, looking for something offbeat, this is the perfect read.

New York romance, real stories and perfect cinematography. On Oct. 18th, Amazon Prime released what could arguably be one of the best shows of recent times, “Modern Love.” This anthology series is closely based off of a well-read newspaper column, entitled “Modern Love.” Real people would send in their personal stories and experiences of romance and life. These stories have since been taken and made into several different episodes to make up a joyous and warming show. Well-known actors Anne Hathaway, Tina Fey, Ed Sheeran and many others grace the screen with heart-wrenching, yet heartwarming stories no one could make up. It’s engaging and easy to get lost in.

This last month I watched Kristen Stewart host “Saturday Night Live” and I loved it. Oftentimes, Stewart is such a serious actress and her talent is evident, but seeing her in a comedy was refreshing. She wasn’t awkward or hard to watch as some actors can be when they attempt performing live or improving. There was a Duolingo sketch about learning how to talk to children that was hilariously relatable as well. I think the current “Saturday Night Live” cast has been putting out great episodes as of late and really found their stride. It made me excited to watch Stewart in more of her upcoming projects and it reminded me how good “Saturday Night Live” can be.
[email protected]

The month of October brought plenty of new music to listen to, from Rex Orange County’s new album “Pony” to the unexpected Frank Ocean singles “DHL” and “In My Room.” Tame Impala also released a new single “It Might Be Time.” However, I found myself playing their 2015 album “Currents” on repeat. This album was the soundtrack to one of my favorite family vacations of that summer. It was a fun experience to reminisce about those old memories and feelings. I’m constantly amazed at the timelessness of music, and how a song or album can transport you back to a moment in time.