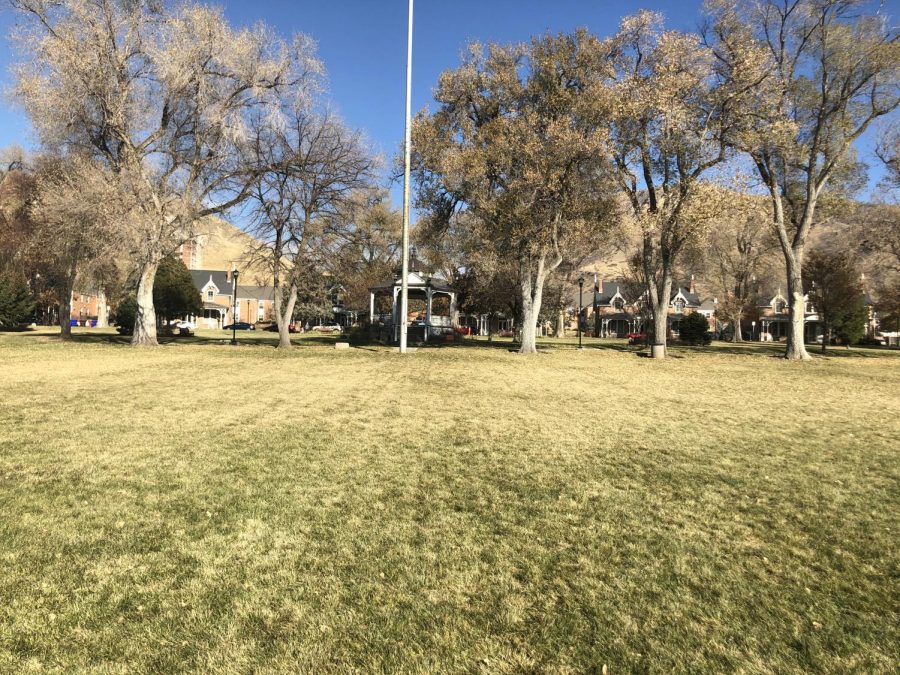 Officer's Circle at the University of Utah

It has been a little under a month since the Housing and Residential Education Office at the University of Utah held a town hall to discuss issues at the houses in Officers Circle. Cameras inside of the house and the lack of residential parking at Officers Circle are just a couple of the issues raised by residents. The Daily Utah Chronicle reported previously on the issue of security cameras being installed in the Officers Circle houses, making residents uneasy.

But, for the HRE Executive Director, Barb Remsburg, that is a simple answer.

“It was never our intent to put the cameras outside [of the houses],” Remsburg said. “[It would take] a totally different camera system [for the cameras to be placed outside]. When you think about exterior cameras, you need a light source next to them and they’re usually grainy and not clear.”

“The whole intent, always, was to put them inside in order to capture the faces of the persons coming into the building,” Remsburg said. Remsburg clarified that all exterior cameras that focus on the parking lots are under the control of the U’s police department.

“Moving the cameras will still allow a clear view of the entry door for safety while permitting residents of the house to not be in the view of the camera,” said the HRE Office’s email. The moving of each camera should take about two hours, according to the same email. The moving process started Monday, Nov. 4 and should’ve been completed by Friday, Nov. 8, according to Remsburg.

Another update from the town hall hosted by the HRE Office comes from another email sent out to Officers Circle residents and The Chronicle about residential parking at Officers Circle. The parking spot issue came up in the town hall because a student mentioned that there were not enough parking stalls for Officers Circle residents, and that same student noticed that there were quite a few pay-to-park stalls that weren’t being used. After a brief discussion between Commuter Services and the HRE Office and after an analysis by Commuter Services, it was determined that those pay-to-park stalls were “being underutilized,” according to Remsburg. Commuter Services then decided that 13 spots that were originally designated as pay-to-park spots will be converted into housing-designated stalls for those with a U parking pass.