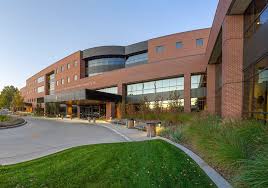 On Nov. 4, 2019, the Huntsman family, University of Utah President Ruth Watkins and Associated Students of the University of Utah President Anna Barnes held a press conference to announce the Huntsman family will donate $150 million to help diagnose, study and treat mental illnesses. The U’s hospital already has one of the best equipped psychiatric units in the state, but the donation made many in the psychiatry community excited for the future.

“I think the donation is huge in helping the university and the Salt Lake area better access mental health. Mental health is a major issue in today’s climate and needs to be addressed,” said Walker Nasser, a current junior and psychiatric technician at the U’s Neuropsychiatric Unit, in an email to the Daily Utah Chronicle.

Nasser has worked as a psych tech at UNI for the past six months. “I think it is going to allow the university and the city [to] expand their ability to help with mental health. We can begin to treat disorders, offer counseling and more, beyond what has been done in the past.”

According to a press release from the U after the initial announcement, the donation will provide financial support to the U’s Health’s Department of Psychiatry and the UNI, as well as fund mental health services and screenings for students and rural citizens living across the state. The money will also support University research on identifying genetic risks and other factors that cause or contribute to mental illness.

Nasser hoped that the donation will allow “the University to offer affordable and accessible access to mental health services.” She said the donation might allow “the number of counselors and counseling services, both inpatient and outpatient, [to] increase.”

“I think it’s amazing and is something we need. With everything that has happened on campus in the last couple of years, students need this resource more than ever. Being a college student is stressful as is, to have available resources that involve mental health for the student body is important,” said Brooke Green, a psychology major, in an email to the Daily Utah Chronicle.

“A lot of the times what limits people seeking help or going to therapy is the cost, especially as a student. I am interested to know how much sessions or testing are going to cost for someone who attends the U,” Green said.

UNI will change its name to the Huntsman Mental Health Institute “in recognition of this gift,” according to the U’s press release.

“Hopefully [this donation] will have a positive impact. It’s hard to think of the negative, especially since the student body has been emphasizing on how we need more accessible resources regarding mental health,” said Green.

Nasser looks forward to a future where “there are effective services that decrease the number of teenage suicides, and there are services improving Salt Lake City as a whole.”