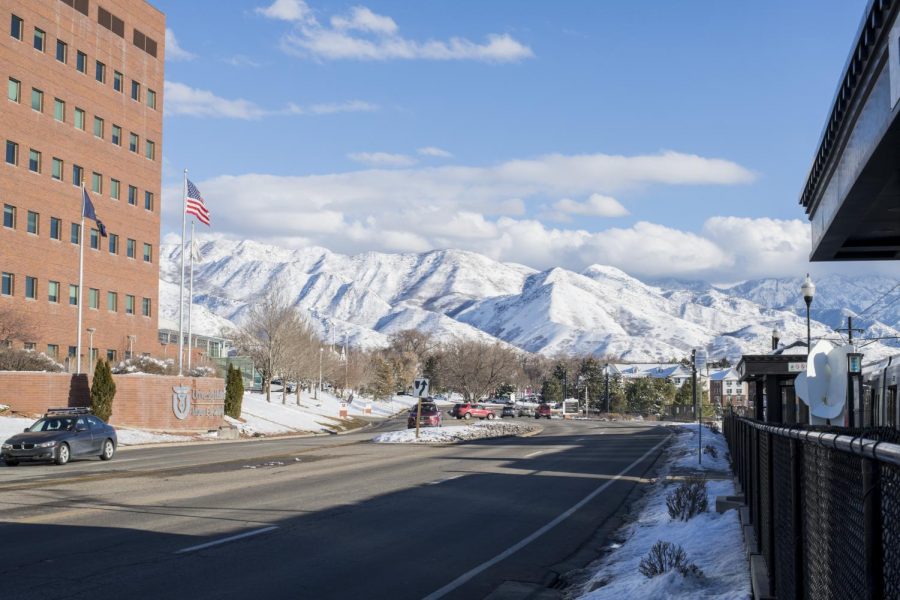 The University of Utah is located 4,783 feet above sea level and is adjacent to mountain ranges. These conditions are perfect for scenic hikes, views of all the lights in the valley and winter sports galore. However, the state as a whole is also home to a suicide rate consistently above the national average.

The high suicide rate is not uncommon among mountain states or states of higher altitudes, such as Wyoming, New Mexico and Montana. They all share spots at the top of the list of suicide rates by state in the U.S. Countries such as Austria and Bhutan also share this trait.

Suicide is often related to mental illness, such as depression, bipolar disorder or substance use disorder.

Researchers and scientists at the U recently published a study with lab rats that suggests “three common antidepressants – Paxil (paroxetine), Lexapro (escitalopram) and Prozac (fluoxetine) – could be less effective at high elevations.”

“Utah has very high rates of both depression and anxiety. In many instances, long term treatment is required, but does not work well,” said the senior author Perry Renshaw, professor of psychiatry, in the research.

Another study from U researchers suggests low atmospheric pressures — resulting in low blood oxygen levels — causes a condition called “chronic hypobaric hypoxia,” and can have negative effects on how the brain processes serotonin, a neurotransmitter that alters moods.

A large population heavily affected by mental health issues are college students. According to the National College Health Assessment of spring 2019, around 45.1% of college students felt too depressed to function in the last 12 months and around 65.7% felt overwhelming anxiety in the past 12 months.

The combination of high altitude and the stress of college could take a toll on students at the U. While some students have felt like their mental health has not been affected at all since starting, others have experienced some challenges.

For some out-of-state students, it can be the first time they’ve experience prolonged time in higher altitudes combined with the added college stress.

Patrick Goldner, a freshman finance major from North Carolina, had never experienced any kind of mental health issues before living in Utah.

“I’ve noticed that I haven’t really been motivated to do anything lately. I used to work out, but I just don’t seem to be able to anymore. I just don’t have the energy,” he said.

Similarly, Jackie Smith, a freshman kineseology major from Las Vegas, Nevada, said she never experienced health issues before college, but said she definitely notices there are times now where she feels much sadder than she did before. She said that it has gotten easier, but being away from family and alone a lot more are some of the factors why she feels that way.

Anya Korfine, a freshman ballet major from New York, felt her anxiety got worst in Utah.

“After moving to Utah, I’ve noticed different things trigger my anxiety,” she said, “I have also noticed uptick in it since I’ve been here, due to the major life change and adjustment college is.”

A recent donation of $150 million from the Huntsman family will fund the U’s full service psychiatric hospital and support research to explore factors that cause or contribute to mental illness, and address the mental health needs of the campus and greater community.