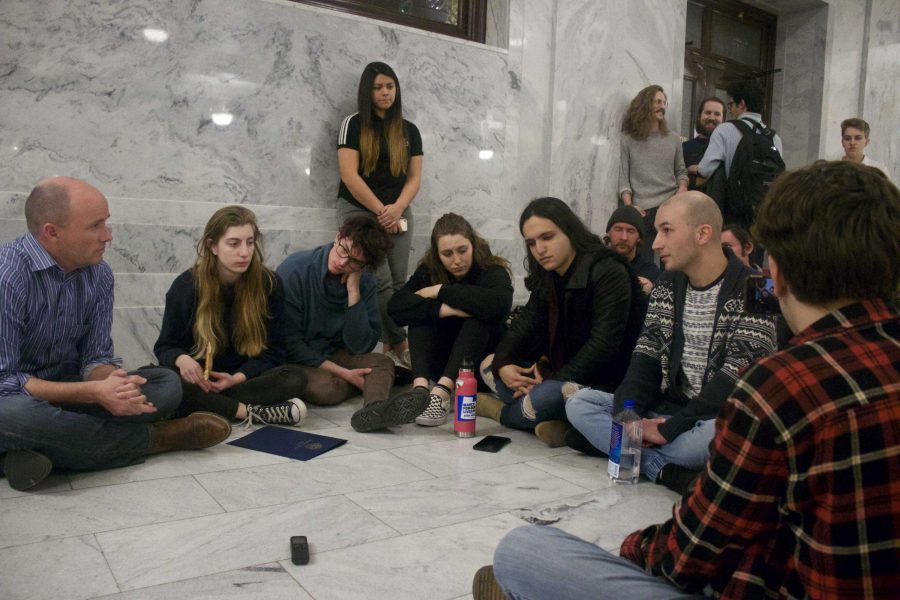 Mathew Shurka — the cofounder and chief strategist of the National Center for Lesbian Rights Born Perfect campaign — defined conversion therapy as “Any attempt where someone attempts to change another person’s sexual orientation, gender identity or gender expression.”

“I was that kid that minded my own business but was severely attacked,” Shurka said. “Going to my father [about my sexuality] was me seeking security. And my father responded in the best way I think he could, which was that he’d love me no matter what.” His father sought out conversion therapists who could help his son, in hopes that he could lead a healthy life and not be attacked for being different.

Though conversion therapy is not evidence-based and has been condemned by the American Psychiatric Association, Shurka stressed that his father’s actions weren’t evil. Shurka’s father perceived conversion therapy as the best course of action for his child. “For parents who are naive and don’t understand sexual orientation … this, for my father, was an opportunity that his son could still be straight,” Shurka said.  Shurka’s father hoped the therapy “would lead to a better life” for his son.

Though his father may have had good intentions, Shurka repeatedly emphasized that conversion therapy is a nightmare for those affected by it. “I get that question of, did I want to do conversion therapy? For me it was pure fear,” he said.

“It’s very important that we’re having this conversation here in Utah,” Minter, legal director of the NCLR, said. “I spent every single day worrying [my family] would send me off to a conversion therapy camp.” Minter presented research conducted by the Family Acceptance Project to further prove the harmful effects of conversion therapy on LGBTQ youth and the importance of acceptance by family members.

LGBTQ young adults who reported high levels of family acceptance during adolescence had significantly higher levels of self esteem, social support and general health compared to other LGBTQ youth with low levels of family acceptance. Additionally, Dr. Caitlin Ryan — the director of the Family Acceptance Project — found that kids sent to conversion therapy were three times more likely to attempt suicide and twice as likely to be dealing with serious depression than other LGBTQ people.

Minter spoke about how this has specifically shaped the goals of their movement — to offer programs and resources in support of families with LGBTQ people. “This is a major failing of the movement and something we urgently need to change,” Minter said. “If we’re going to change the place of LGBTQ people in this society … we have to get out the family and underlying societal rejection.” Minter says that working with families will “provide people with the support they need to break these cycles.”

The presentation frequently referenced the increased suicide rates of LGBTQ youth that are rejected by family members. “The leading cause of death in Utah between ages 10 and 17 is suicide,” Attallah — director of Community Based Services in Pediatric Behavioral Health at Intermountain Healthcare and Primary Children’s Hospital — said. All the members on the presenting panel agreed that this reality needs to change.

Talks have begun with the governor to ban conversion therapy in the state of Utah. One of the principal writers of the legal documents is Rosky, a professor at the University of Utah’s S.J. Quinney College of Law. “I was working on this at 3 a.m. this morning, and I was working on it in this room when I got here,” Rosky said. “This is a live issue and we’re all anxiously waiting to hear what the governor will do.”

“We have a public health crisis that could not be more serious on the one hand, on the other hand what it would take to eliminate that is not a revolution, but sharing this information to parents and families in a way they can understand,” Minter said. “From a scientific and medical point of view, there is nothing wrong with their children.”