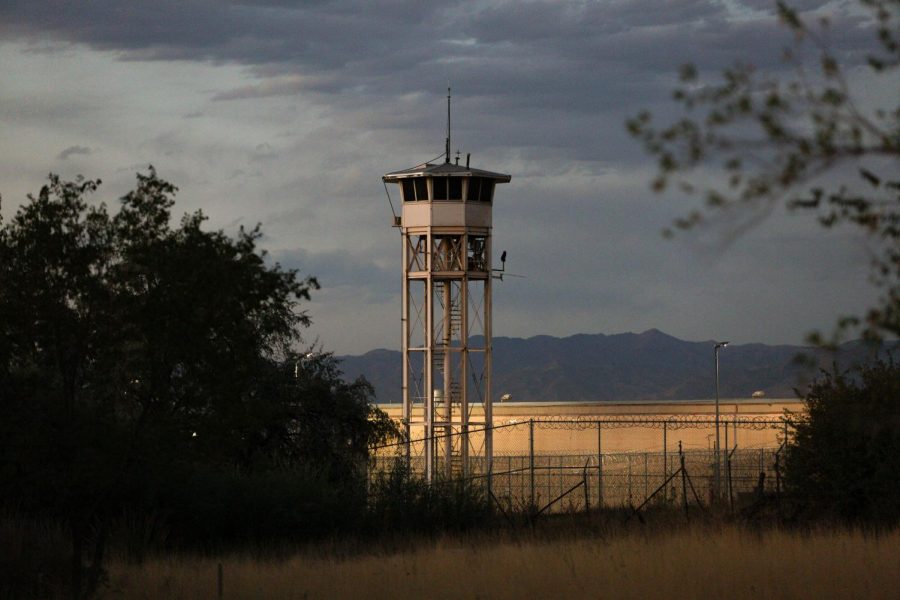 A guard tower at the Utah State Prison. (Photo by Justin Prather | The Daily Utah Chronicle).

In 2015, the Utah State Legislature passed legislation to create significant criminal justice reform. Governor Gary Herbert said their goal was “to reduce recidivism, maximize offenders success in becoming law-abiding citizens and provide judges with the tools they need to accomplish these goals. The prison gates through which people re-enter society must be a permanent exit, and not just a revolving door.”

These reforms included penalty adjustments for nonviolent and drug offenses, and prison population rates periodically dropped before rapidly bouncing back up again. The legislation was written with the intention to keep people out of prison and save taxpayer money. Not only did it not work, it increased the county jail populations as well.

Now these jails are facing difficult decisions about how to handle their growing population. As reported recently in The Salt Lake Tribune, more and more Utah county jails are embracing video call technology as a “safe and efficient” way to facilitate visitor contact in crowded conditions. Currently, 13 out of 25 facilities have stopped all in-person visitation, an inhumane decision that contradicts the supposed goals of the state’s justice system.

Incarceration is an extremely physically and mentally vulnerable experience, regardless of length the time spent behind bars. While video calls may certainly benefit those who wish to contact long-distance relatives, taking away the option for in-person visitation harms those who are incarcerated. It removes the sense of human connection gained from a visit and further isolates them while the inordinate cost of the video calls may burden poor and working-class families. Utah’s mental health services are the worst in the nation, and the affordability of phone calls for people that are incarcerated ranks 40th. 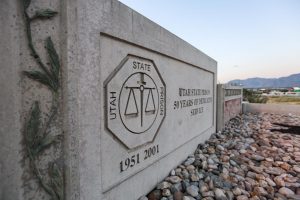 The front gate of the Utah State Prison in Draper, UT. (Photo by Justin Prather | The Daily Utah Chronicle).

This is a lose-lose situation for anyone being processed into a county jail. The potential negative effects on mental health have been ignored and those who wish to video call a parent, sibling or friend are charged a ridiculous amount compared to regular phone calls. To really hammer it home, Pay to Stay programs like those in Utah County may charge additional fees for those being charged with a misdemeanor.

Herbert hoped to provide adequate tools for judges to reduce recidivism. This can be addressed through mental health treatment centers and licensed therapists for judges to refer people to. Many judges hold the mindset of punishment before rehabilitation, but those who recommend a treatment approach should not be left with limited options. Judges who facilitate rehabilitation (like the 80-year-old judge Frank Caprio who went viral for his compassionate verdicts) would be more powerful than heartwarming news stories if they were able to become the norm. True reform will be brought by easing the punishment of substance abuse and issues that arise from poor mental health, as both should be addressed in a non-violent way that doesn’t increase trauma. Social problems should be addressed at the root before people are stigmatized after being labeled as a “criminal.”

The debate about remote video calls versus in-person visitation in county jails may seem like a small issue, but this is the most difficult time of some people’s lives. If you have never experienced the incarceration of a loved one, it may be difficult to be understanding of this distinction. But for those who can stretch their empathy and imagine what they would need and want during this time, I’d bet that the human connection and in-person eye contact with someone you love is on the top of that list. At our most primal, instinctual level, human beings are wired for connection. This does not change because someone has made some bad decisions that have caused them to be labeled as a criminal and put in a cell.

If Utah turns its back on the “little things” like prices of phone calls or bans on in-person visits, it will contribute to the injustices against the imprisoned in this country. The United States has the largest prison population per capita in the world. It is time to acknowledge failings and move on and maintain a system that values human life.

If Utah’s criminal justice system truly cared about recidivism rates and healthy transitions for incarcerated citizens, it would at the very least promote and encourage contact with family and close friends. The reforms enacted almost five years ago had decent intentions, but it is evident that those alone were not enough. If the state of Utah wants to change the dominant perspective about criminality and incarceration, they should not isolate those in their charge.