Cushman: Presidents Should Build On Past Progress, Not Dismantle It 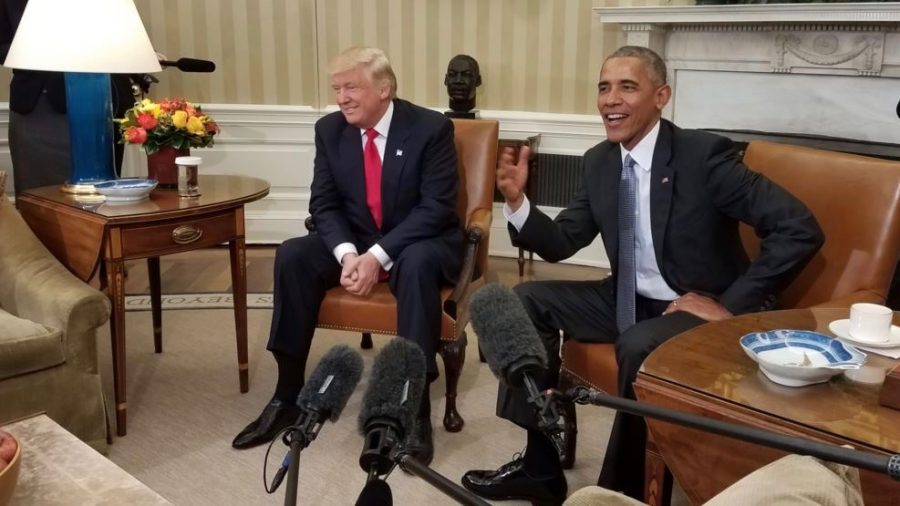 President Donald Trump campaigned on the promise to drain the swamp and fight back against the political establishment in Washington. What was less expected was Trump’s tireless effort to abolish every policy established by the Obama administration. What started with the United States backing out of the Paris Climate Agreement in the early days of the Trump presidency has become a quest to completely dismantle the legacy of President Barack Obama. From attempting to end the DACA program to repealing and replacing the Affordable Care Act (two policies that defined the Obama administration), the Trump administration has focused on systematically undoing of everything accomplished in Obama’s eight years. While it is understandable that a president may hold very different beliefs from those of his predecessor, this attempt to completely obliterate the impact of Obama’s presidency sets a dangerous precedent and expands the role of the executive in new and dangerous ways.

No Such Thing As Progress
The natural trend of American politics is to swing from one side of the spectrum to another, often switching from a Democratic president to a Republican president or vice versa every two terms. The party in opposition to the president often gains control of one or both houses after midterm elections. This movement back and forth between conservative and liberal federal policies is expected, but if each president came into office with the goal of erasing as much of their predecessor’s work as possible, Americans would experience a different sort of whiplash and, ultimately, stagnation.

There is little motivation to vote if it is practically guaranteed that any change your candidate made will be reversed four to eight years later. Many people supported Obama in 2008 and 2012 based on his promise of healthcare reform. Knowing that the next president would come into office with the express goal of repealing and replacing the Affordable Care Act makes those votes weigh less. I do not want to cast my vote in 2020 to purely to see the reversal of every Trump policy. I want to cast my vote in 2020 to see real, lasting change and to support the creation of new policies that I believe are important. If the role of the executive becomes defined by erasing more than creating, the power of a vote will weaken and the American public will become less civically engaged.

If presidential legacies weaken, winning elections (and winning them repeatedly) will become even more important. When losing an election means not only a missed opportunity to lead from the White House but also a complete reversal of the past president’s work, winning matters more than leading. The necessity to grab power and hang onto it will result in stronger partisanship and party polarization, and partisanship is already an incredibly toxic force in U.S. politics.

55% of Republicans say Democrats are “more immoral” than other Americans, and 47% of Democrats say the same thing about Republicans. These numbers have increased since the tumultuous climate of 2016. Casting a vote becomes life-or-death, an attitude that we saw in 2016, where someone voting differently often felt like a betrayal. If the door opens for presidents to wipe the slate of their predecessor, elections will become a blood bath. The polarization of parties will be reinforced by presidents who come into office focused on reversing the orders of other presidents.

The role of the president should be to build upon the work of previous presidents and to enter the office with the goal of pushing an agenda that speaks to the needs of the public. Ultimately, the price of the consequences of a destructive president will be paid for by the American voters. They will lose out on a leader with dreams for the future and land with one that wishes to snap them back to the past.