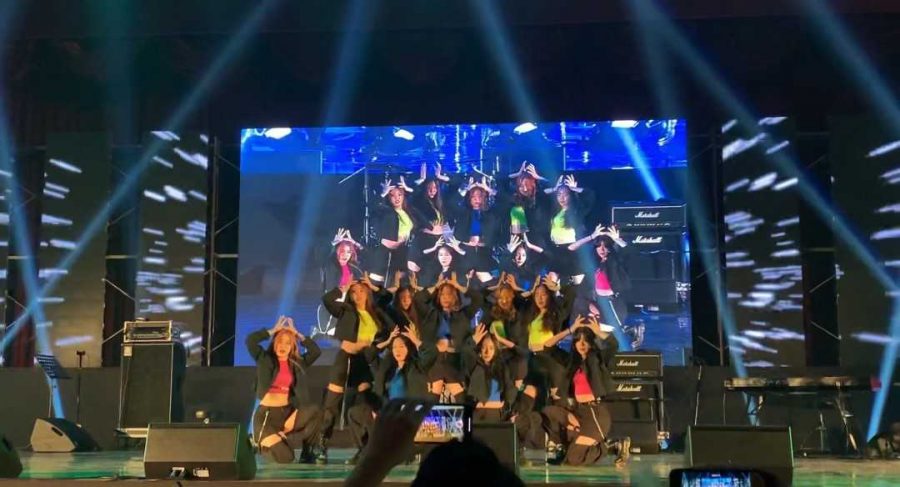 The Incheon Global Campus held its 2019 Music Festival on Nov. 6. The IGC invited three VIP guests and had multiple students from each of the four schools on campus performing.

Korean universities have a tradition of holding school festivals in early spring or autumn. The timing is usually chosen because of student stress during midterm exams. The usual highlight among these festivals are the celebrity artists that are invited to perform for the students. Last year, the IGC invited the famous Korean-American R&B singer Yoon Mi-rae.

This year’s celebrity guest artists included 10cm, a solo artist whose most recent hit was in the Korean Drama “Hotel Del Luna;” Jessi, the Korean-American rapper known for her involvement in the show “Unpretty Rapstar” and her hit single “Ssenunni;” and Ailee, a Korean-American soloist known for her singles in K-dramas and her debut song “Heaven.”

Social media activities, light sticks and food trucks were all provided by the IGC staff and student councils.

In between the celebrity artists, student groups from each of the participating universities were also invited to sing or dance. From the UAC, Manolo and RookGround sang for the crowd. The boy group Motion and the girl group U Go Girl prepared professional choreography and showcased their talents.

“First of all, we needed to choose the music and choreography,” said Ruri Lee, a dance member of U Go Girl. “The next step is simple, which was practice. There were some people who had zero experience in performing on such a big stage. However, they were very cooperative and passionate.”

“I feel like the level of dance skills has risen compared to last year. Most of the members in my dance group know how to dance and be professional. They took the dance team to the next level,” Lee said.

Despite the 2019 Music Festival being a success, there were comments from some students about a few improvements that could be made for future festivals.

Since the event is held in the IGC gymnasium, Lee suggested IGC could try to find better ways to ventilate the area. There were several big spotlights for the performers on the stage, making it hot and tiring to perform. The guest artists were all noticeably sweating.

“I think everything went well except for the heat of the place. Even the artists were affected. They should fix that,” said Kiara Colqui, a student at UAC.

The festival started at 6 p.m. and ended at approximately 11 p.m. Students and other audience members watching the performance stood the whole time, with many not wanting to risk losing their spots in the front standing for about five hours.

“I enjoyed this concert a lot and I’m thankful to the school for inviting famous singers,” said Alisa Vvedenskaia, a student at UAC. “Even though I wasn’t familiar with some of the Korean singers befor1e this concert, it was a great opportunity to know about them.”