‘Healthcare: Stories of Rebellion’ Opens a Safe Space for Learning and Connection 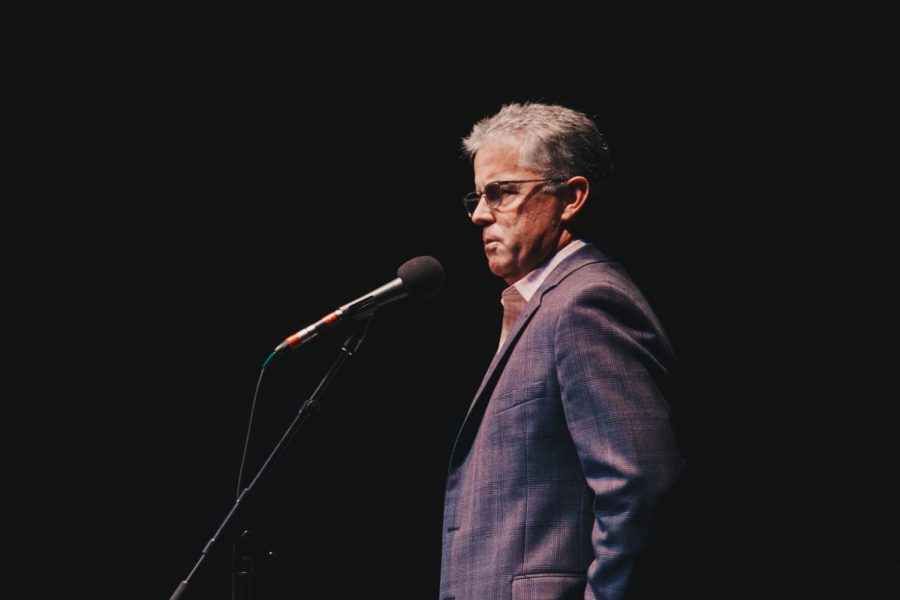 What is it like to think about medicine as a student? One may picture the field as a realm of study, a set of STEM classes or late-night math homework. Another might imagine the subject in terms of political debate, or under the structures of social programs. It often feels natural to think about illness, disability and medicine through a technical scope. Yet when it comes to examining it from a personal angle, this is something many people struggle with, whether they’re healthy or ill, able-bodied or not. According to one study, a majority of people with disabilities — like chronic illness, physical disorders and neurodiversity — are careful to hide their disabilities. Many have real, tangible fears that if they speak out about their disabilities, others may not socialize with, hire or date them. Speaking out, however, is also vital for building bridges of awareness and understanding.

Enter the “Healthcare” storytelling series. Hosted in conjunction by Kingsbury Hall, the University of Utah’s Resiliency Center and the Medical Ethics and Humanities program, these events open up a respectful and private space for people who engage in any part of the medical field as patients, caregivers, medics and family to share their experiences with one another. Brooke Horejsi is the executive director of Kingsbury Hall and one of the organizers for “Healthcare.” Horejsi explained that originally, the series wasn’t meant to be inaugural, but after the success of the first show “Healthcare: Stories of Illness & Wellness,” it simply had to go on. “It was a really amazing night,” Horejsi said. “Because that event was so successful for the storytellers and for our community and our students, we decided to do it again.”

The series’ second event, “Healthcare: Stories of Rebellion,” was held last week. Following the theme of what it means to go against the norms and stereotypes of treatment, guests and invited speakers alike intermingled with one another in limited, on-stage seating. This arrangement served as a part of Kingsbury Hall’s Stagedoor series. “You get to come around to the secret backstage door,” Horejsi said. “We all get to sit on stage together, which creates a really unique, much more intimate setting.” This closed atmosphere invokes a sense of respect and reverence. “Maybe for the people who might be a little nervous about having to get up and tell their stories in front of people, it’s not quite as daunting as those 2,000 seats in the traditional setup of Kingsbury Hall,” Horejsi said.

This most recent event marked the first time for “Healthcare” that audiences participated directly in the storytelling. “As people show up, they can put their name in a hat to be able to tell their story,” Horejsi said. “We’ll do a combo of a couple of people we’ve chosen in advance and a couple of people who will be chosen right there that night to be able to tell their story.” This opportunity allows for the series to break down the divide between attendees and performers. While slightly intimidating and awkward at first, this blending fosters a sense of safety around discussion on sensitive issues. Individuals take turns sharing their experiences, including the audience members on an improv volunteer basis, whether positive or negative, joyful or sad. “It’s a way for the audience and participants to not only hear those stories,” Horejsi said, “but learn maybe a little bit about those viewpoints or those experiences as they move forward through their own lives, whether they’re patients or caregivers.”

The nature of these stories is generally sensitive, if not confidential, for many participants of “Healthcare.” It’s important for them to be able to reach a space where they can speak to audiences who can learn from them. In particular, Horejsi encourages students pursuing degrees related to medicine to attend a session of the series. “What we’ve learned over the years of working together is that for a lot of the students that go through their med degree, they do a lot of case studies, they do a lot in-class conversations, but it can be way more impactful for them to actually have more of a lived experience,” Horejsi said. “That’s what the arts can offer.”

“Healthcare” will soon make a return this spring on Feb. 7 for “Healthcare: Stories of Repair.” “We hope to have some really great stories that night that address a little bit of a different theme, which is what does it mean to be healed, or how do we cope with the process of repair? What happens when we try to fix something that isn’t broken?” Horejsi said. General admission will be priced at $20, with tickets at $5 for U students. Because seating is limited to a small audience, those interested in attending should book seats in advance. “By telling stories and supporting an event that really helps set up a stage for storytelling around issues around healthcare, it’s a way for us to help use creativity as a lens to consider other people’s experiences,” Horejsi said.