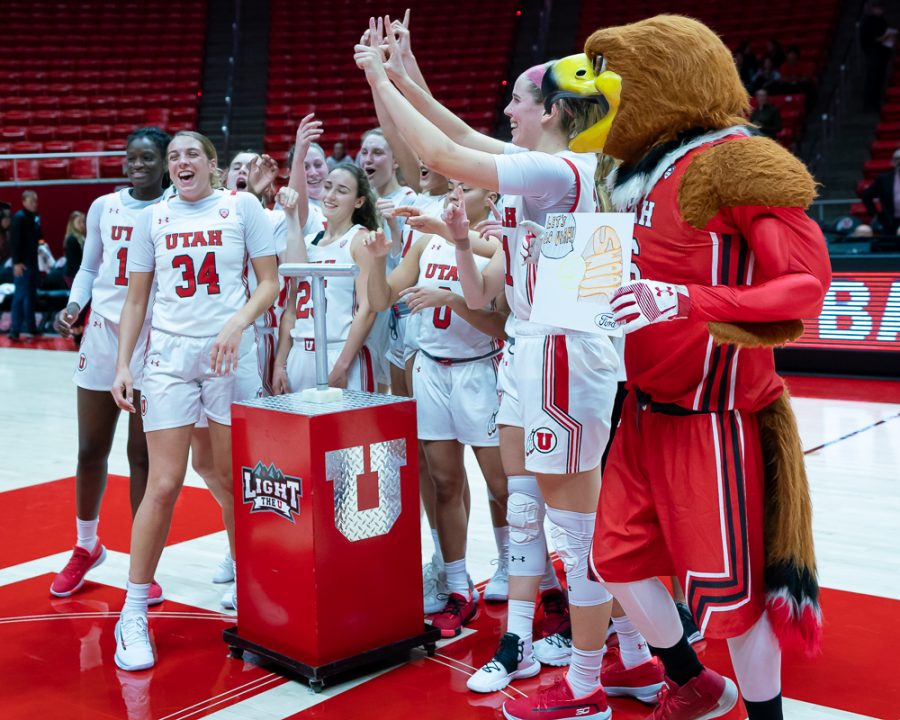 The University of Utah women’s basketball team came away with a close victory on Thanksgiving weekend over rival Brigham Young University in Provo.

Coming off a three-game winning streak after losing their first three of the season, they fought hard to extend the streak to four, winning a nail-biter in overtime Friday night.

This was about as close of a game as you can get. Back and forth the whole night, the Utes rallied to come back after trailing late. Down 61-65 with 1:49 to play, freshman Lola Pendande drew a foul and made two free throws to cut the lead to two. Junior Julie Brosseau made a 3-pointer to put the Utes up one with 41 seconds left. BYU countered by making a layup with only 5 seconds on the clock. After a Utah timeout, sophomore Dru Gylten drew a foul with just 3 seconds left, splitting her free throws to tie the game and send it to overtime.

From there, the Utes continued to rally and came out on top. They traded baskets for the first few minutes of overtime, then sophomore Andrea Torres hit a 3 to put the Utes up 72-71. A jumper by freshman Brynna Maxwell and another free throw by Gylten put them up by 4 with less than a minute to play. Down by two possessions, BYU got a quick basket and fouled Maxwell with just 12 seconds remaining. Maxwell sunk both free throws to ice the game, and Utah came away with a hard-fought 77-73 victory over rival BYU.

Maxwell finished with a team-high 18 points to go with six rebounds, and 6-10 shooting and 4-7 from 3, along with the game-clinching free throws.

The Utes showed some serious mental toughness and ability to play under pressure in order to get this win. Down multiple times in the fourth quarter and OT, they rallied and made smart plays to stay in the game. Some excellent shotmaking in crunch time carried the team to a huge win over BYU on the road, surely a huge morale boost as they begin a long homestand.

This is the second straight victory over BYU, after last year’s 78-67 victory at home.

This was the last road game for a while for the Utes, as they will be at home for their next five contests, taking them through until the new year. They are back in action Thursday, Dec. 5 against Oral Roberts at the Jon M. Huntsman Center.