Chaos in Park City: Zack Matheson Writes From What He Knows 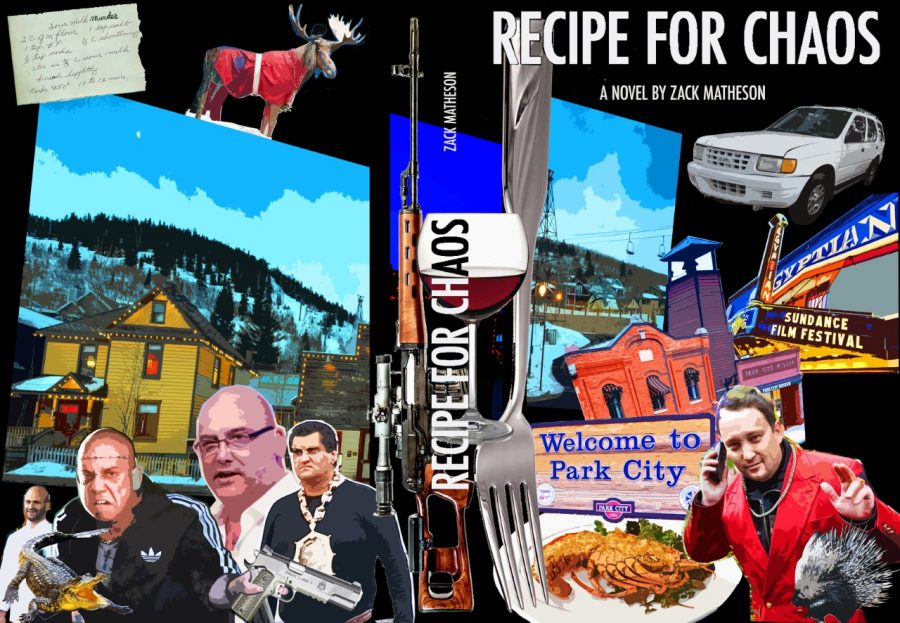 Among the many artists that proudly call Utah their home, there is an incredibly common theme of how their work is drawn from their environment — and not just physically. Though Utah’s landscape inspires painters and photographers alike, something about the combination of growing tourist traps and longtime locals set against the backdrops of religion, politics and environmental concerns creates a perfect storm for authors like Zack Matheson. Three of his four novels, including the recently released “Recipe For Chaos,” take place on Park City’s historic Main Street, where they absorb the unique culture in a way beyond what any other author has attempted.

After living in the West for much of his life and always aspiring to be a writer, Matheson found himself in the restaurant industry of Park City, which has informed all four of his books. As a local, he became immersed in Park City’s fascination with documentary film, outdoor adventure and art of many forms. Writing about this world gave it life — Matheson even said, “Park City itself is a character in my books.”

His fourth novel, “Recipe for Chaos,” starts with police officer Lincoln Coulter, returning after solving the mystery in the previous novel “Heatwave,” and addresses the murder of famous chef Renny Shepherd. He suspects the other restaurateurs in town, all of whom would have motive to kill for a recipe. Through his sleuthing, he uncovers the crooked inner workings of Park City — an underworld controlled by a gang of Russian mobsters who have already begun taking over Main Street business. Soon, FBI agents get involved as Coulter outruns the target on his back, all while a hit and run murderess starts tearing up the streets.

If this story’s summation alone has you on the edge of your seat, rest assured — Matheson’s style is intentional. The three interwoven layers of plot help contrast his strangely comic approach to such heavy topics as Russian interference in “Recipe for Chaos” or environmental collapse in “Heatwave.” The twisted and humorous depictions of societal discourse against the exaggerated personas in this crime story could only be possible in the magic of a Utah tourist town.

This heightened storytelling is how Matheson “writes what he knows.” The larger-than-life characters in his work are inspired by either people he knows personally, like how the hit and run murderess is inspired by his wife (in good fun,) or by strangers he passes in town, like the powerful gang of Russian mobsters. “What inspires me probably the most about Park City is the people. The locals here — and I mean the real locals, those people that have been here for ten, twenty, thirty years or more — are awesome,” Matheson said.  Even his protagonists feel familiar in their inflated world of humor, which all comes back to Matheson’s hometown connection. “In the time I’ve lived here, I’ve met more cool, quirky, remarkable people than any other place I’ve been. A lot of those people have inspired characters in my books.”

Matheson shows no sign off stopping — still writing away, he’s already started on another Park City-based story feature a tripled plot drawing on the city’s music scene, and if the success of his previous novels deems true again, it too will be an interesting read.

Matheson’s books —”Recipe for Chaos, ” “Heatwave,” “Porndance” and “Island of the Lost Souls” — are available on Amazon, both in print and Kindle editions, as well as at Dolly’s Bookstore in Park City, Utah.