How Apolitical Speeches Made at the U Might Become Politically Damaging 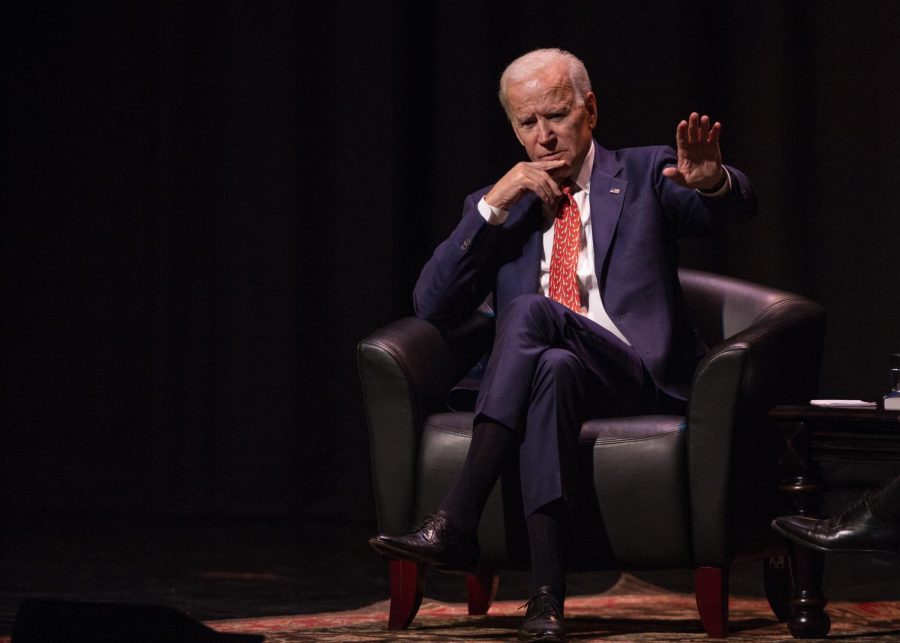 Former Vice President of the United States Joe Biden speaks at Kingsbury Hall on the University of Utah Campus on Dec. 13, 2018. (Photo by: Justin Prather | The Daily Utah Chronicle)

While The Daily Utah Chronicle was investigating response times to public records requests made to the University of Utah earlier this year, reporters uncovered two names of particular interest among the list of people requesting information: Allan Blutstein and Darin Gibbons. The two men work in opposition research, trying to find information that could damage the careers of political candidates.

Allan Blutstein and Darin Gibbons
Blutstein is a lawyer at America Rising, “a political action committee that produces opposition research on Democratic candidates,” said Juliet Carlisle, a political science professor at the U in an email interview. Opposition research is a probe into a political figure’s background for anything that could damage their reputation. “Their purpose is to collect any information that will tarnish the image of a particular Democratic candidate in the minds of potential voters.”

According to his website, FOIA Advisor, Blutstein also informs clients on the Freedom of Information Act, a law similar to GRAMA which allows people to make requests on unreleased information from the U.S. government. Blutstein appeared in The New York Times in 2017 after making FOIA requests from outspoken Environmental Protection Agency officials. He called his requests “a fishing expedition” for anything that could damage their careers.

Blutstein did not respond to multiple requests for comment about the requests he made to the U.

Darin Gibbons is a lawyer based in Washington D.C. who is currently the Director of Investigations at the Republican National Committee, according to his professional website. Federal Election Commission databases say his last publicly available payroll disbursement for work done for the RNC was on Feb. 15 of this year. Formerly the Vice President of Legal Affairs at America Rising, Gibbons led a team during 2016 to conduct opposition research regarding former Obama-appointed Supreme Court candidate Merrick Garland.

Gibbons also did not respond to multiple requests for comment.

The Speaking Appearances
Kelly is a retired astronaut and former Navy captain who was part of NASA’s twin study with his brother, Scott. Scott spent an unprecedented 340 consecutive days in space so scientists could compare his health to Mark’s and try to understand the health impacts of long stays in space.

Mark spoke at Kingsbury Hall in 2016, a month before Scott was scheduled to land on earth. The two of them — Mark in person and Scott via prerecorded video from the International Space Station — discussed their time in space and in the U.S. space program.

On Feb. 12, 2019, Kelly announced a bid for Senate, and less than a month later, Blutstein requested information about how much he was paid to speak at the U.

This information could have been obtained without a request to the U. Senate candidates are required to file a “Senate Public Financial Disclosure Report for each calendar year they continue to be a candidate whether or not they are elected,” according to the U.S. Senate Select Committee on Ethics. This requires candidates to provide intensely detailed information about categories such as stocks, financial partnerships, income, property, monetary gifts and employment. This form would require Kelly to give all information about how much he was paid for his speaking appearances. The Secretary of the Senate’s Office of Public Records makes these forms available for the public without a government records request.

After Kelly decided to run for office, he stopped accepting new offers for speaking appearances. The Arizona Republic reported that “his booked engagements end[ed] Oct. 28, according to his campaign — more than a year before the 2020 general election.”

Biden spoke at the U in December 2018, almost two years after his time in office ended. MUSE, whose goal is to “provide educational experiences that help you develop your unique potential for intellectual and imaginative work,” put on the event. As part of MUSE’s 2018-19 theme of purpose, Biden spoke about his book “Promise Me, Dad,” which discusses his son’s battle with brain cancer.

Biden’s speaking appearance was announced on Dec. 3. Less than 24 hours later, Blutstein had already requested information about it — nine days before the actual speech and months before Biden announced his bid for the presidency. However, Blutstein didn’t request a copy of Biden’s contract with the U, as he did with Kelly. Instead, he requested the communications between several MUSE employees who helped organize the event.

Months later, on Feb. 7, 2019, Gibbons filed a public records request with the U for information regarding the planning and communication of Biden’s appearance at the university. When the university responded, they informed him he would need to pay $300 for the U to process the request. Gibbons never paid the fee, and eventually, the request was closed without him receiving the documents. 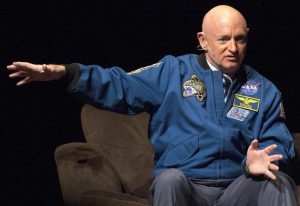 However, Arlette Saenz, a CNN reporter who covers Biden, had earlier made a similar request to the U’s public records office. She sought “emails and documents relating to negotiations for the event, contracts, scheduling and logistics” that pertained to Joe Biden’s speech. Though Saenz never reported on the event, records were successfully obtained which document the communication between the U — specifically, between the staff members of the MUSE Project and the Creative Artist Agency, who represents Biden.

“The 2018-19 academic year was the first year we received any requests like this,” said Libby Henriksen, one of the MUSE employees whose emails were requested, via an email interview. “We don’t often receive requests of a political nature. We believe this particular request came when it did because at the time we hosted Vice President Joe Biden as our MUSE keynote guest, there was a good deal of speculation surrounding his then-potential run for the presidency.”

Mark Matheson, the other MUSE employee whose emails were requested, reaffirmed Henriksen’s comments.

“It can play a big role in this upcoming democratic nomination contest, because there is no clear frontrunner,” said James Curry, a U political science professor who focuses on American politics. “You might use it to attack your opponent’s character, which is very popular in our form of elections because our form of elections are very personalized.”

Opposition research has been used throughout American history, according to Curry. “Things like Thomas Jefferson having a child with a slave was something that was dug up during his presidency as a form of opposition research from Federalists who are trying to undercut a popular president,” Curry said.

More recent instances of information revealing conduct by candidates that was deemed unseemly by the press or public includes information about former senator Jack Hart and current president Donald Trump.

During the 1988 presidential election, the former-Democratic candidate was the frontrunner until it was discovered Hart had been involved in an extramarital affair. He subsequently ended his campaign.

During the 2016 presidential campaigns, a video surfaced uncovering Trump describing sexual interactions with women on his way to film an episode of Access Hollywood. Viewers and politicians like former House Speaker Paul Ryan responded negatively.

In the past, organizations like ABC News have published lists of the highest speaking fees from political figures. Donald Trump tops the list at $1.5 million per speech. Hillary Clinton charges $200,000 on average. Combined with the speaking fees former president and husband Bill Clinton charges, the Clintons made $153 million in speaking fees alone as of 2016.

People working in politics doing opposition research like Blutstein and Gibbons might request this kind of information “to impugn the character of a particular candidate so that voters might consider something possibly ‘unsavory’ as a reason to not vote for someone who they might otherwise possibly support,” Carlisle said.

As a strategist for the RNC, Gibbons appears to have been trying to find information that could compromise the image of multiple candidate’s; documents from Quinsigamond Community College in Massachusetts show Gibbons also sought records from that institution planning Democratic Senator Elizabeth Warren’s commencement speech on May 18 last year.

According to the documents requested made by Blutstein, Kelly was paid $30,000 for his speaking appearance at the U. He makes an average of $25,000 per speech.

The documents Gibbons sought show that the U agreed to pay Biden $100,000 for his speech — which was described as “a reduced rate for colleges and universities” — but he declined to be paid after learning the funds would come from the state or from U students’ tuition. The New York Times described this move as “maintaining viability as a potential 2020 presidential contender.”

“It’s hard to say whether voters care about speaker’s fees per se,” Carlisle said, “but speakers fees can demonstrate which interest groups to which a candidate might be perceived as beholden, politically speaking, and that could repel certain voters or be perceived by some to have a conflict of interest.”