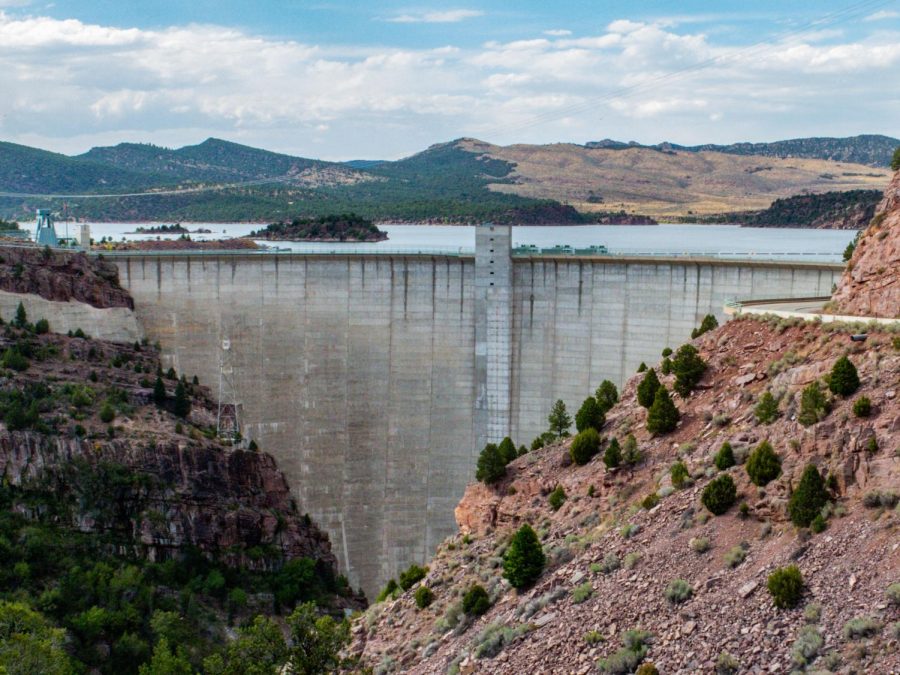 Six months after a change in leadership at the Utah Division of Water Resources, little seems to have changed regarding the organization’s projects and priorities. The Lake Powell Pipeline and Bear River Development are the only two projects listed on their website, despite criticisms that these expensive endeavors are unnecessary and problematic. In a desert state with a rapidly growing population, it is crucial that the DWR focuses on water reclamation instead.

According to a 2005 report by the DWR (sometimes termed “DWRe” to differentiate from the Department of Water Rights, or DWRi), a handful of Utah municipalities have water reclamation projects in place and, at the time, several more were proposed. It’s telling that the organization hasn’t reported on the state’s water reuse programs in nearly 15 years. As far as I can tell, nothing has changed since UC Hastings reported in 2012 that “Utah does not have a formal state program to promote or encourage water reuse.”

Since recent reliable information apparently does not exist, I did a quick Google search and found that Utah has just 13 water reclamation facilities scattered throughout the state, including the Salt Lake City facility currently under construction. It’s difficult to be certain without current data to point me in the right direction (though a 2017 audit “found problems with DWRe’s method for estimating secondary water use,” so I’m not sure I would trust it even if it were readily available), but 13 facilities seems insufficient to treat or reclaim water in percentages as high as other places have achieved. For example, Israel, whose climate and population growth resemble Utah’s, recycles 90 percent of its wastewater.

By comparison, Utah’s lack of information on this topic is not only embarrassing but deeply concerning. Our already dry state is expected to get even drier as climate change progresses and global temperatures rise. In the coming years, our soil will dry out, increasing the amount of water necessary to grow food just as water becomes scarcer and the population increases. I’m fairly certain this is common knowledge, and the Department of Water Resources should absolutely know as much and in more detail. They also must know that water reclamation plays a critical role in increasing the reliability of our water supply and minimizing the threats climate change and population growth pose to Utah’s long-term health and security. In light of this, DWR’s failure to invest in, plan for and accurately report on water reclamation projects in proportion to future challenges seems like a gamble against Utah’s future.

This neglect of a known water supply security measure is especially offensive given the projects DWR is actually working on, both of which are extremely costly and, in terms of their benefits, questionable at best. The first project, the Lake Powell Pipeline, has stirred up controversy and attracted significant media coverage since it was first proposed in 2017. Even the Los Angeles Times reported on it, noting criticism that the pipeline is an unnecessary taxpayer expense and, even worse, jeopardizes water levels in the Colorado River. Cost projections for the pipeline are between $1 and $1.7 billion, according to the project website.

DWR’s other current enterprise is the development of Bear River, including the construction of “reservoirs, pipelines, pump stations and other facilities.” A recent commentary in the Salt Lake Tribune states the project, which is estimated to cost anywhere between $1.5 and $2.8 billion, would cause problems related to “mining, wildlife, water rights and sovereign lands” and even create “toxic dust storms.”

With the climate crisis looming, it’s baffling that DWR would favor these dubious projects over the known benefits of large scale water reclamation. At the very least, Utahns should have easy access to information about how much of our wastewater is recycled, how many water reuse projects have been implemented and are currently proposed, and why our state agencies have opted for riskier methods of water supply protection.