Gearing Up for the Grammys: The Nominations 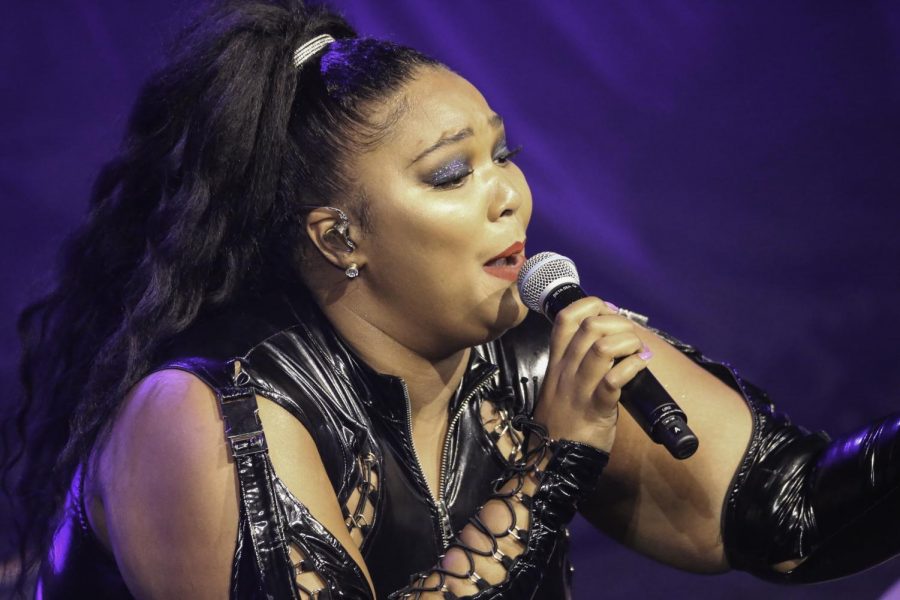 Lizzo performs at the Palace Theatre in St. Paul, MN. She received eight Grammy nominations, more than any other artist this year. (Courtesy Wikimedia Commons)

The 62nd Annual Grammy Awards are set to air on Jan. 26 with 84 categories of nominees, and music lovers and fans all over the world are anxiously awaiting the results. Over 1,160 candidates were submitted for consideration in the 2020 awards ceremony. As a review of the music industry and its accomplishments in the past year, the awards ceremony provides not only the highest honors a musician can hope to receive but also a look at how the industry has grown and changed over that last year. For those who aren’t musically inclined or interested in awards, the Grammys are often overwhelming. We’re here to help you gear up for the big ceremony.

The process of actually receiving a nomination is not easy. The recording academy has put together an infographic to help better understand how long and intricate the process is. The screening of the submissions kicks off the process, where 350 experts ensure each candidate meets eligibility qualifications for whatever category they have been nominated to. From there, the nominees are secured — eight for the general categories — and ballots are then shared with voting members.

Within the past couple of years, the music industry has changed significantly. With more and more fan-based award shows, such as the American Music Awards and MTV Video Music Awards, the Grammys may no longer be the leading legacy of music awards. The most questionable facet of the awards is how exactly these experts determine what does and doesn’t make it through. The awards show has been under scrutiny in the past with claims that it only favors veteran artists, such as Taylor Swift. In the past decade alone, some of the biggest chart-toppers (cough, One Direction, cough) have been snubbed repeatedly by the recording academy. However, with the nominations for 2020, a surprising rush of newcomers have taken the categories by storm.

New breakout musician Lizzo is the leading artist across the board with eight nominations — four of which are in major categories. Her album “Cuz I Love You” has taken the year by storm, with tunes for a new generation imbued with awareness and blazing self-love. Her most popular song, “Truth Hurts,” was originally released in 2017 — making in two years old — but due to the cutoff dates for the Grammy Awards, it is only now a nominee for Record of the Year and Song of the Year. Lil Nas X, another newcomer and singer of the ever-so-popular “Old Town Road,” is nominated not only for his breakout song (also the longest running number one song of all time) but for his second single “Panini” as well. The new queen of the odd and eerie, Billie Eilish, is nominated across several categories. At only 17 years old, Eilish may not be the youngest artist in Grammy history, but she’s the youngest to be nominated across all of those top four categories for her debut studio album “When We All Fall Asleep, Where Do We Go.”

Another positive note from the new list of nominees is the boom of representation for female artists across the board. For the “Album of the Year” category, five of the eight nominees are women. In the past, the Grammy Awards have faced heavy criticism for favoring male artists. Two years ago, president Neil Portnow drew fire by suggesting that female artists needed to “step up” if they wanted more recognition. This year, with new artists like Lizzo and Eilish leading the way, it seems like the time has finally come.

Any passionate fandom discourse thread on Twitter will tell you their favorite artist has been snubbed by the academy, yet again. While not everyone can be right, there are some very obvious snubs. Country artist Maren Morris is barely nominated, despite her album “Girl” being a smashing hit in the country music world. International artists, particularly K-pop groups like BTS, were snubbed entirely. Fans hoped to see them nominated for the “Best Pop Group Performance” but nominees such as the Jonas Brothers’ comeback song “Sucker” and the steamy summer hit “Señorita” from Shawn Mendes and Camila Cabello stole the show. Halsey, another radio favorite, was left out of the nominations entirely.

The awards show has also been under fire in the past for widely ignoring hip hop and R&B artists in the four major categories — and this year is no different.

The 2020 Nominees — My Take
Personally, I find the Grammys to be a very interesting awards show. It’s often criticized for being pretentious and playing favorites — something I find true. While there were highs and lows from the nominations this year, there is always room for improvement. I don’t think the Grammy’ entirely capture the music industry for over a year. The range of nominees asks the question — what exactly makes a record or artist eligible?

My own highlights are the nominations for Lewis Capaldi — whose talent is so severely underrated here in North America — the single nod towards “Señorita” and the overall rise in female artist representation. The snubs, though, are equally as disappointing this year.

Stay with us as we delve into in-depth coverage for the four major categories — Record of the Year, Album of the Year, Song of the Year and Best New Artist.