Utah Track and Field to Open Season This Friday 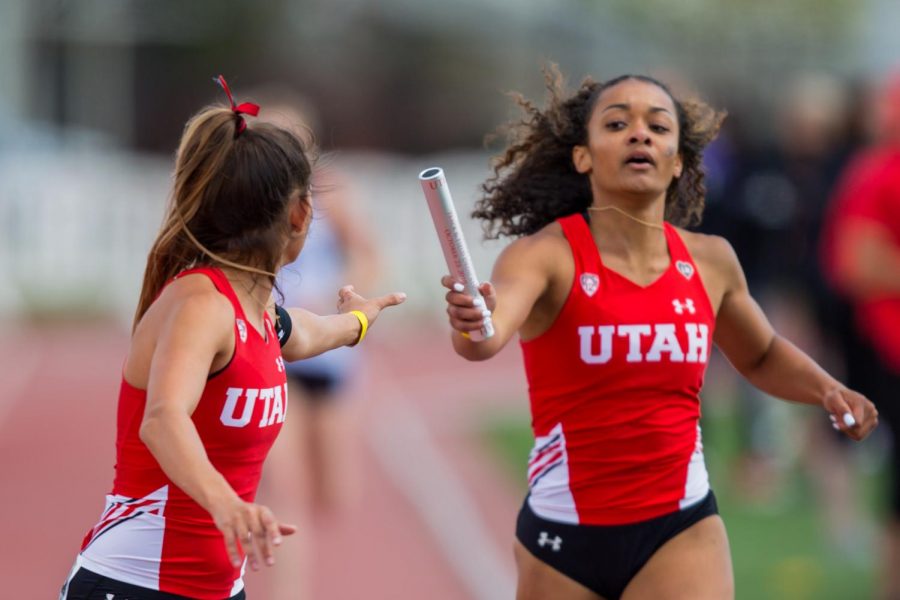 The University of Utah's Track and Field team during the Women's 4x400 Meter Relay in an NCAA Track and Field meet at the McCarthey Family Track and Field Complex in Salt Lake City, UT on Saturday April 13, 2019. (Photo by Curtis Lin | Daily Utah Chronicle)

The University of Utah track team is looking forward to its first meet of the season this Friday and Saturday, where they will head north to Ogden for the Weber State Winter Open. Head Coach Kyle Kepler is excited for the new season.

“This schedule is filled with several high-level competitions held at some of the best facilities in the country. My staff and I are excited for the challenges and opportunities this schedule provides for our entire group of student athletes as we focus on overall development and improvement,” he said.

On Jan. 1o,  the Utes will compete in the first ever Lauren McCluskey Multis, named after the former Ute track and field star who was murdered on campus in October 2018.

Following the Winter Open is the Jackson Open in Boise, ID, followed by a month off. The team will split between the Don Kirby Invitational on Feb. 13-14 and the Husky Classic from Feb. 14-15. The next week the Utah squad splits once again. Some will compete in the Alex Wilson Invitational hosted by Notre Dame, and the others at the UW Last Chance Meet. This will complete the indoor session of the Utes’ season.

The first outdoor invitational will be held in San Luis Obispo for the Cal Poly ShareSLO Invitational on March 20-21. The Utes will then head to UCLA for the Jim Bush Legends March 27-28.

NCAA Prelims will be held May 28-30 in Lawrence, Kansas, and finally, on June 10 through 13, the NCAA Outdoor Track and Field Championships will be held at Mike A. Meyers Stadium.