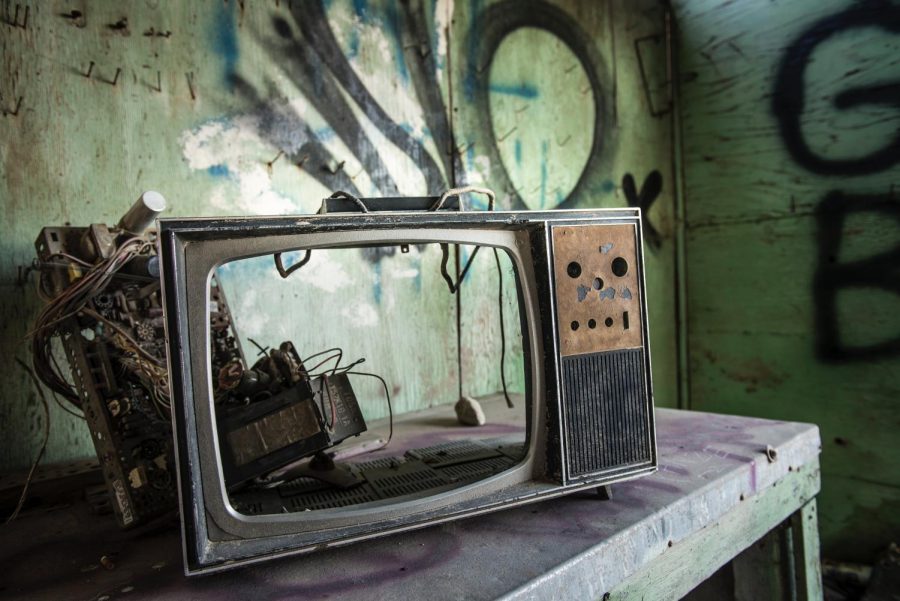 2019 has been an eventful year for television. New streaming platforms, as well as existing platforms, have been pumping out great content, while on the other hand, there always some less successful shows. 2019 ultimately has laid the groundwork for many quality shows to continue airing in the upcoming year. Let’s take an honorable look back on some of this year’s highlights. I’ve sifted through the best shows from my personal picks and compiled my favorites from this year. Join me as we recap this year’s best of heartbreak, action, superheroes, serial killers, space bounty-hunters and much more.

10. “Game of Thrones”
“Game of Thrones” deserves an honorable mention. The show had a spectacular finale, but it was rushed and executed poorly. Both characters’ and fans’ expectations were disregarded to make way for a conclusion that left everyone shocked. The final season had its golden moments, including CGI that was visually breathtaking. It ultimately fell flat because of the sudden shifts in plots and character developments that were unrealistic, as well as too hard to swallow. “Game of Thrones” had an agenda from the first episode, including deep roots in its own lore. It fulfilled most of the prophecies it hints at throughout the show, but backs out of a satisfying follow-through due to time constraints. With a little more time and cultivation, season eight could’ve been the best season of any show — ever. If only D & D didn’t take that now-canceled “Star Wars” movie contract.

9. “The Umbrella Academy”
“The Umbrella Academy” is a great example of comic book TV shows done right. It’s easy to ignore most superhero shows, and many Marvel shows that feel redundant. However, in the comic world and TV world alike, there are independent works that never get much attention. Netflix and many other networks are sifting through such comic series and picking up the rights to make the next hit comic show. Gerard Way, the lead singer of My Chemical Romance, became a comic book artist and writer after MCR stopped making music. He made a comic about a washed-up group of kid-superheroes who are now adults, trying to prevent the end of the world as we know it. Netflix has perfectly adapted this series to the screen, a refreshing break of realism from all the stereotypical superhero shows.

8. “Stranger Things”
“Stranger Things” proves time and time again why not all Netflix Originals are bad, though most of their shows tend to get dry after two seasons. “Stranger Things” goes against the grain, showing well-developed content again for the third season. The show-runners are still able to work with the same characters, this time all of them a little older and more dynamic. The actors and writers have been able to adapt to such challenges and come out with a season that’s both creative and encapsulating. Not only are they fighting monsters, but they’re also growing and changing on-screen as teenagers. However, I felt there were some moments that were lackluster, and there were filler episodes throughout the series. I didn’t particularly enjoy every second, but it was a good watch nonetheless.

7. “Euphoria”
One of the more controversial shows on this list, fit with drugs, sex and all the other good stuff that makes a show intriguing.  Zendaya plays the protagonist of this story – a teenage drug addict. This show is particularly a work of art, given the beautiful coloration, music scores and narrative. The dive into the controversy of telling the story of a drug addict, who also identifies as a lesbian, is particularly brave. It’s easy to mess things up like this or even to offend people. Art is meant to make people uncomfortable. Critics are also concerned about the glorification of drugs in this show, but it seems that they are just trying to produce an accurate perspective of an addict. Both the cast and the production behind the show are increasingly impressive.

6. “Watchmen”
“Watchmen” is the continuation of the Watchmen universe, a beloved comic and movie from 1985. “Watchmen” debuted on HBO a few months ago and is phenomenal. I would recommend watching or reading “Watchmen” the comic before this show, so everything makes a little more sense. It deals with a lot of social commentary, addressing topics such as racism and police brutality. It takes place in Tulsa, Oklahoma and follows the Tulsa Police Department and a white supremacy group called the Seventh Cavalry. It’s a separate story from the comic, with a few characters returning from the original work. However, it’s still as beloved and hard-hitting as the original. I only put it as number six because there’s not a lot of it out currently.

5. “Mindhunter”
This show deserves a spot in the top five. The amount of effort that goes into recreating the serial killers and the FBI agents that interview them is unparalleled. Not only is the production spot on, but the acting is as well. Everything, even down to the shoes they wear, is an accurate representation of the 1970s. It’s another fantastic example of Netflix shows that are done well, and a better example of how interesting detective shows can be. In case you didn’t know, this show follows two FBI Agents and their project of using serial killers as research, in order to expand their understanding of people like Charles Manson and Ed Kemper. There’s no other show like this one currently, and none that are as entertaining. The characters are dynamic, lovable and easy to be enraptured by. I love this show so much I wrote my first article about it.

4. “Abstract: The Art of Design”
I might be a little biased on this show because I love art and design. This documentary series highlights different artists and designers in each episode, giving an hour and a half for just one person. It’s easy to fall in love with this show. The cinematography is beautiful. It’s captivating to hear professionals talk so passionately about their work, and it really creates an appreciation for how much dedication goes into the design. The first episode highlights an abstract, contemporary designer, who creates pieces that are exhibited around the world. His work is spectacular but often confusing. This show gives a layer of understanding so you can fully appreciate even the most abstract of pieces by peering directly into a designer’s process.

3. “Dark”
“Dark” is a really hard show to describe without spoiling any of it. If you take away anything, just know that it’s on my top three for a good reason. It’s not easy to get up here, you know. This show takes place in the small fictional town of Winden, Germany. Every 33 years, kids disappear from the town. This show is entirely in German, but the acting is so incredible that you can read the subtitles while feeling connected to the German actors. This show has been called by many as the German “Stranger Things,” but I think it’s something more beautiful than “Stranger Things.” You are thrown into the middle of a slowly unraveling puzzle with no filler episodes. Each episode has quality development that feeds into the next with impeccable pacing. I’m obsessed with the themes of time travel, wormholes, conspiracies and angsty teenagers — this show happens to have it all.

2. “End of the F***ing World”
This show is one of my favorites. The first season is phenomenal. The second season holds it own, and I’d say is better than the first. The first season is incredibly chaotic and sets a theme for the show, but the second season really develops the characters and throws them into even more messed-up situations. The show follows the story of Alex, a teenager who thinks he’s a serial killer.  He runs away with his girlfriend, Alyssa, a spitfire teenager who is both brash and impulsive. The second season continues their escapade, along with giving them a more dimensional relationship given the events of this season and the one previous. This show has some of the best writing I’ve ever seen with a relatively faithful adaptation. The comic book it is adapted from ended at the end of the first season, so this second season continuation is inherently original and able to hold its own as a sequel to the beloved source material.

1. “The Mandalorian”
Okay, okay. I know not everyone is a big fan of the “Star Wars” franchise. However, this show does a fantastic job of replicating the beloved universe in a live-action setting and sets a standard for future television shows. This show has some heavy-hitting actors, like Pedro Pascal, who plays the Mandalorian. The show is full of lore and backstory from the books — every “Star Wars” geek’s dream. Both old and new fans alike can appreciate the show and find themselves in awe at the world unfolding in front of them. This show was one of the main reasons people bought streaming memberships on Disney+ and it has been paying off. “The Mandalorian” shows a different side to the galaxy, not one just with Jedi and Sith. It deals with life in the galaxy after the collapse of the Empire in “Return of The Jedi,” and how the world is recovering five years later. The show is both well-written and well-made, sparing no expense or shortcut. The amount of time and effort is shown in its quality. I absolutely recommend checking out this gunslinger fight his way across the galaxy.

All of these shows have been groundbreaking for 2019 television in one way or another. Whether it’s the visual effects, screenplay, cinematography or even the cast — these shows have gone above and beyond simple television. I tried to diversify the genres and platform as much as I could while trying to find the best shows of 2019. Ultimately it’s up to you, the viewer, to decide your favorites. This is merely the tip of the iceberg, so feel free to disagree.

After all, it’s what fans do best.