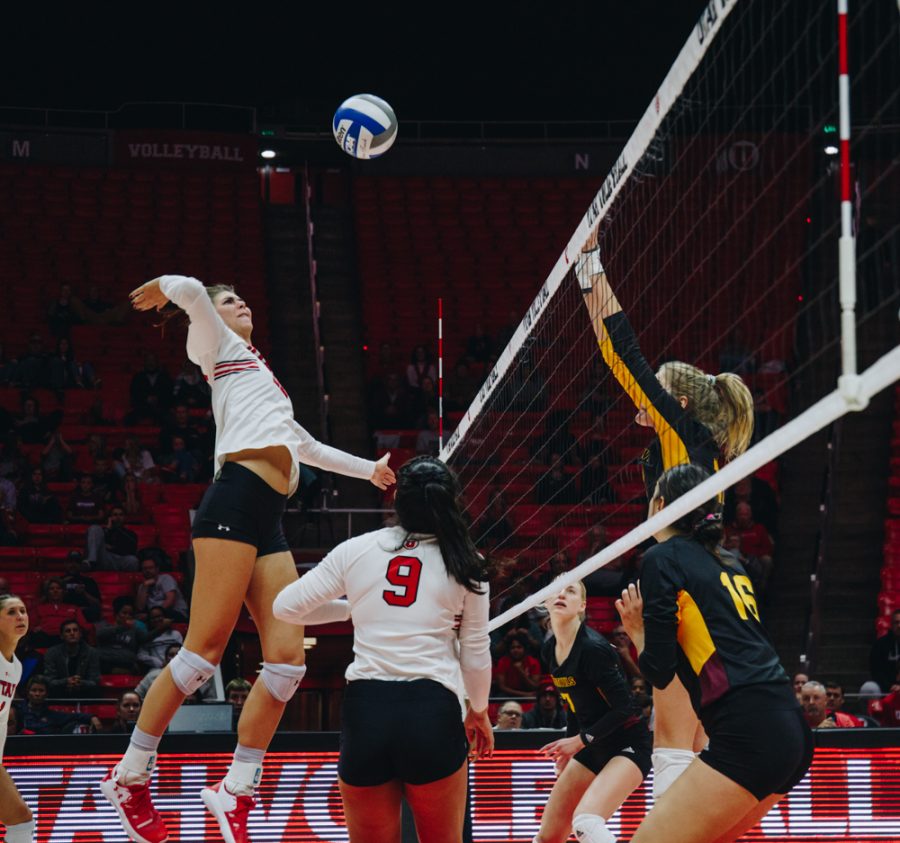 The No. 17 University of Utah volleyball team is headed to the Sweet 16 to take on last year’s winners — No. 3 Stanford — in California. The NCAA tournament is a one-and-done deal, so if the Utes beat the Cardinal, they will head to the quarterfinals on Saturday. Game time is set for 9 p.m. on Friday, Dec. 13. Penn State and Cincinnati will play earlier in the day, and the winners of each match will go on to play Saturday night at 8 p.m to determine who goes to the final four.  The Utes are currently on a five game win streak and are 24-9, 14-6 Pac-12.

Last weekend, the Utes started out the tournament against a strong team Illinois team. Utah went five sets to keep themselves in the tournament after losing the second and third set. Next, they took on No. 14 seed BYU on their home court. The Utes got their rhythm early and didn’t stop. Utah avenged their four set loss to BYU earlier in the season and swept the higher ranked BYU in three straight sets, all scored at 25-15. BYU hasn’t been swept at home since 2011.

Stanford is last year’s NCAA tournament champions, as well as the Pac-12 winners. Beating the Cardinal will be hard, but with how the Utes are playing right now, nothing is impossible. Anything can happen in the NCAA tournament depending on if the team is dialed in or not. Stanford is currently 26-4 and ended Pac-12 play at 18-2. The best part about Stanford’s four losses is that three of them came from teams Utah has played and beaten. Stanford lost to BYU, Washington, and UCLA, and the Utes have beaten all three of those teams on separate occasions. If the Utes are on, this match will be one to watch. When the Utes and Stanford played earlier this season, Utah lost both times. The first match went five sets while the second was four. Utah hasn’t been able to beat the Cardinal since 2016, but the good news is that their 2016 win was on Stanford’s home court.

Only three teams from the Pac-12 remain in the running for the NCAA title. Perhaps unsurprisingly, it’s the top three teams from the conference — Stanford, Washington and Utah. Last weekend, UCLA, Washington State and USC all lost in their brackets to take them out of the running. On the other side of the bracket is Kentucky vs Washington, and Baylor vs Purdue. The other eight teams still in the running are Nebraska, Hawaii, Texas A&M, Wisconsin, Minnesota, Florida, Louisville and Texas. To watch Utah take on the Cardinals, tune in to ESPNU on Friday night.