Utah Gymnastics Gets Ready For 2020 With Red Rocks Preview 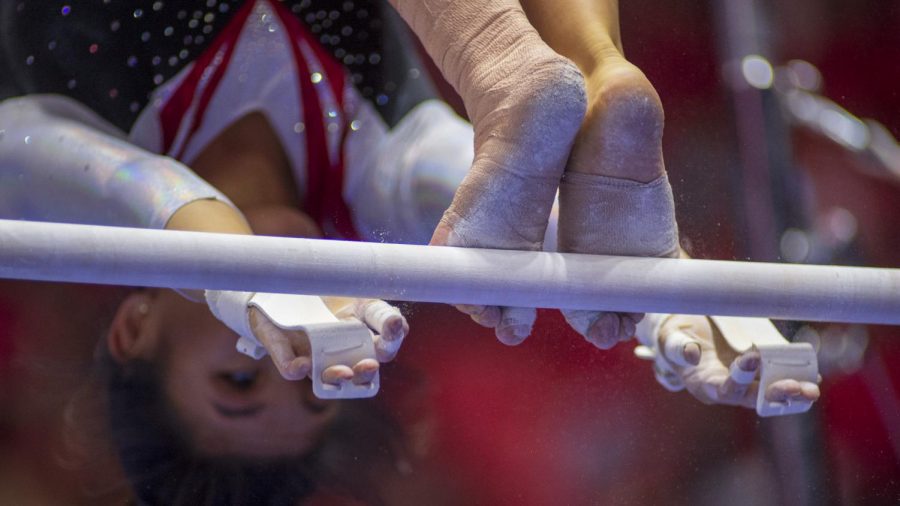 Fans got their first look at the 2020 Red Rocks gymnastics team on Friday night as the team hosted their annual preview meet. It was the first time that five new faces to the program got to perform for the first time on the Jon M. Huntsman Center floor. The team was ranked No. 5 in the preseason poll released earlier in the week.

The Red Rocks took to the vault to start the night off. While there were no scores given out in the preview meet, some routines had the potential to get high scores. The highlight of the rotation came from Cristal Isa, who is coming off a season-ending injury last year. She nailed her vault and reminded fans how good she is. There were also quite a few steps taken on landings, as well as an uncharacteristic fall, but this event looks to have some room for improvement as the season goes on.

The team then moved to the bars and put on a show for all the fans that were in attendance. Hunter Dula, Maile O’Keefe and Isa had some of the best routines of the night. Kim Tessen had a great routine as well — the most memorable part had to be when she held one of her handstands at the top of the high bar for about five seconds. This year, bars looks to be an event where the team has lots of depth and talent.

If the preview meet is any indication of what the season is to hold, the Red Rocks look pretty good on the beam, an event that has been their Achilles heel in years past. Isa again showed what she had on the beam with yet another stick on the event. O’Keefe and Sydney Soloski also had strong performances. All eight competitors who took to the beam tonight have the potential to work their way into the rotation this season.

The night ended on the floor as eight Utes debuted their new routines for the season. Soloski as well as O’Keefe showed off some powerful routines that will get fans on their feet this season. Without knowing the starting lineups, it is hard to say which routines fans will see for the remainder of the season.