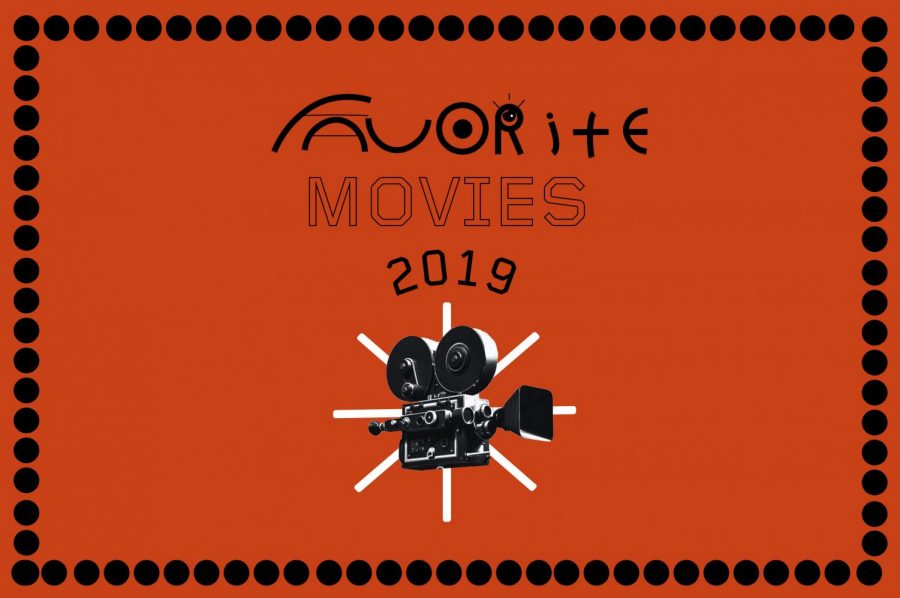 We approach the end of a decade after an eventful and frankly depressing year. Yet amid the conflicts, disasters and scandals that marked the year, we’ve seen the arts flourishing and developing in new, exciting ways. The film industry, for one, has produced incredible new movies that have broken records and will likely last in the company of the great classics. We’ve seen growing diversity in the genres and casts of films, emerging directors like Jordan Peele, Taika Waititi and Ari Aster alongside the greats like Martin Scorsese, Bong Joon-ho and Quentin Tarantino. I’m still working my way through the list of those popular and critically acclaimed movies myself. On my list, I still need to see “Parasite,” “The Last Black Man in San Francisco,” “The Irishman,” “Midsommar” and “Dolemite is My Name.” At this point, however, I have a clear list of my five favorite movies of the year.

Say what you will about Marvel movies, blockbusters and series films — closing out a series as long and popular as the “Avengers” movies takes skill and the hard work of an army. “Avengers: Endgame” satisfies with a nicely structured plot, emotional conclusions for the numerous character arcs, exquisite special effects, delightful dialogue and action scenes alike and a sense of well-earned finality. While it may not make the lists of film critics and lovers of fine cinema, “Endgame” has been wildly popular among audiences and fans of the franchise. The passions of both the fans who have been there the whole way and of the immense team that it takes to build such a creation are evident in every minute of the film. All things considered, this movie deserves to be on this list.

4. “Once Upon a Time in Hollywood”
Quentin Tarantino’s latest work carries all of the director’s personal flair and cinematic expertise. In typical Tarantino fashion, “Once Upon a Time in Hollywood” features a rambling sequence-of-events-styled narrative and complex dialogue that manages to be both mundane and gripping. Suspense, a weird number of shots of bare feet, absurd and gratuitous violence and an all-around satisfying blend of comedy and drama characterize the film. The man’s mastery of cinema is evident in every shot, and it makes for an incredible spectacle to take in. This movie is another masterpiece from Tarantino, alongside Leonardo DiCaprio, Brad Pitt, Margot Robbie and numerous other talented actors.

3. “Joker”
It was a year for incredible comic book films, it would seem. However, “Joker” reimagines the genre and presents a psychological thriller rather than your classic action superhero movie. The result is, in my opinion, the best film made by either Marvel or DC yet. Joaquin Phoenix’s Joker has a complexity and a disturbingly gripping charisma that can’t be denied. It’s a slow, deliberate movie that captures the unraveling of a mind with excellent cinematography, incredible acting and a well-crafted narrative. Most impactful of all, the movie feels all too relatable this year with its themes of the depressive absurdity of society and civil unrest.

2. “Us”
Jordan Peele has quickly proven himself as a skilled director, tackling the horror and psychological thriller genres with his first two breakout films. The more recent of the two, “Us,” crafts a brilliantly inventive narrative that begins as a family confronts their eerie doppelgängers. Peele’s films are clever and complex, often with intense underlying significance and metaphor to the stories. “Us” is a fascinating film on all accounts — it brings the surface-level thrills, a rewarding plot and intriguing characters together in one sensational production.

Out of all the incredible films of 2019, none affected me quite so profoundly as Taika Waititi’s incredible “Jojo Rabbit.” It’s a hard-hitting dark comedy that’s as hilarious as it is artful and poignant. Imagine a Wes Anderson film set in Nazi-occupied Germany. Add in a young boy aspiring to join the Nazi ranks (Roman Griffin Davis) with his imaginary friend, Adolf Hitler (Waititi himself), and you’ll begin to understand. The result is perfection — easily one of the best films I’ve ever seen. The film tackles highs and lows with the same artistry and care. This film has not been received universally as a masterpiece, however. Many do not appreciate the marriage of dark comedy with the horrific realities of World War II. There is no easy answer to where appropriateness begins or ends, but the resulting experience is undeniably artistic, masterful and must be seen to be believed.