Starr: The LDS Church Should Preserve The Outreach Community Garden 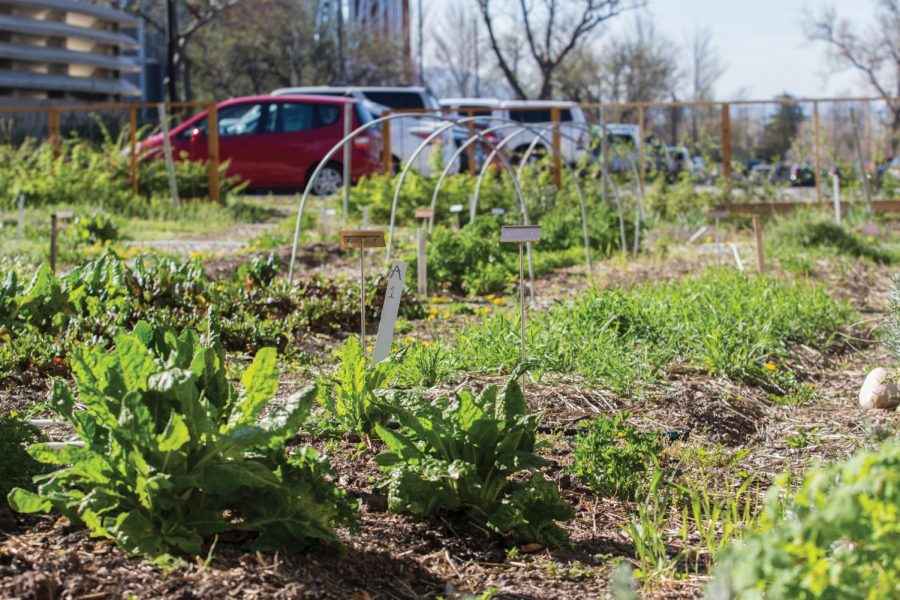 Edible Campus Gardens at the University of Utah. Chronicle archives

Community gardens serve a greater purpose than merely harvesting heirloom tomatoes and organic greens. Caring for fruit trees and beehives on a community plot can teach lessons beyond the growing seasons and protect keystone species. Managing plots brings distinct benefits, like promoting public health and safety, that are valuable and worth preserving. The Church of Jesus Christ of Latter-day Saints must remember all that community gardens have to offer before it moves ahead with their parking lot development to “serve” the 33rd Ward building. Converting a treasured garden space into another asphalt-covered surface to house our vehicles would be a poor decision that is contradictory to the church’s own teachings about community building and stewardship over the land.

Following Church Teachings
The launch of the community garden with chickens, orchards and dozens of plots was in part inspired by the First Presidency, the church’s highest governing authority. In an address to the church’s followers in 1976, church President Spencer W. Kimball emphasized the importance of families growing their own food. Church prophets are said to “reflect the will of the Lord,” and that will in the ’70s was embodied in these 1.5 acres. If prophets are said to be the only people on earth who can receive revelation to guide the church, then Kimball’s words, which encouraged the growing of food, should be kept in mind before destroying a community garden.

Gardens Grow Healthy Neighborhoods
Community gardens can assist cities and residents in their path to becoming more environmentally sustainable. Industrialized food production zaps water, air, biodiversity and soil. The transportation of food across the country and the world is resource intensive and dependent on nonrenewable energy. Greenhouse gas emissions from the transportation and production of food could be greatly reduced if more localized nourishment was at play. No single community garden will feed all of Salt Lake City, but neighborhood plots are a much-needed device in the sustainability toolbox.

Gardening is also a reliable way to improve the health of communities. Doubling down on asphalt parking lots does people a disservice, especially in walkable areas like the 1100 East neighborhood. Increased access to fruits and vegetables reduces childhood obesity and correlates with many other positive health results. Research has shown that time spent with your hands in the soil and with plants is supportive of strong mental health outcomes. Lower levels of depression, lethargy and anxiety should be the aim of development in our urban settings, where access to nature is already limited.

Increased visibility in neighborhoods is an effective approach to encouraging safety. Families can keep “eyes on the street” as they harvest produce, pull weeds and care for bees and chickens. Studies have indicated that people feel safer next to “greened” lots rather than vacant ones, and certain forms of crime are shown to be reduced by the “greening” of spaces through conversion to community gardens. Salt Lake City’s policy moving forward should focus on garden expansion. Instead, the church plans on paving over a decades-old community spot.

The Opportunity
Membership for all churches across the United States is on the decline — more and more people are preferring to align themselves without religion altogether. Living Utah, it sometimes feels like the state is removed from these broader trends. Salt Lake County, however, is moving in the same direction as these national figures — The Church of Jesus Christ of Latter-Day Saints’ membership in the county is at its “lowest since at least the 1930s,” according to the organization’s own calculations. If membership in Salt Lake County is on the decline, what justifies urgently paving over a community garden? It’s not the time to be demolishing historic garden plots for vehicle spaces, especially when it would be near old ward houses that already have existing parking.

The church has an easy opportunity to maintain its expressed, and often practiced, values centered around family, community, health and history through the continued maintenance of these plots. Trading in the orchards and beehives for asphalt is contradictory to Utah’s foundational character. Depending on who you consider as the area’s early settlers, the state’s heritage is deeply connected to frugality and the “pioneer virtues of thrift and perseverance,” so much so that we decided to make our state insect, motto and emblem demonstrative of these ideals. Community gardens are not only a great way to honor this past, but they also provide many benefits for our future health, sustainability and safety. The church should stand by its stated value of stewardship, codified in its own scriptural canon, and allow the neighborhood to resume its care of this unique space.

This article has been updated to clarify that church membership is down specifically in Salt Lake County.