No April Fools — April 1 Will Be National Census Day 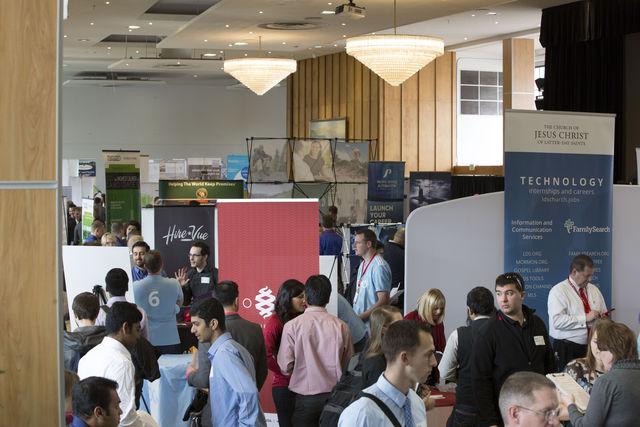 Students at the University of Utah | Chrony archives.

The U.S. Constitution requires everyone living in the United States to be counted every ten years. The first census was in 1790, and since 1902 the U.S. Census Bureau has owned the daunting task of documenting individuals living in each American dwelling — now over 300 million people. In 2020, this awe-inspiring count will take place on April 1 — April Fool’s Day. Why does the census matter, and how should students be counted?

Census Results Impact State Funding and Political Power
“The numbers we get from the census impact federal funding, business investment, and our political representation — which is a big deal, and part of the origin of the census,” said Mallory Bateman, State Data Center Coordinator for the Kem C. Gardner Policy Institute.

“It’s critical for campus communities with a significant population of students to get a complete count of the students living there,” Bateman said. “When college students participate properly in the federal census, they help communities get their fair shares of federal funding.”

“An accurate count in the 2020 census will impact everyone in the community for the next decade — including people who haven’t even been born yet,” said Coralys Ruiz Jiménez, Utah Media Specialist for the 2020 Census. “It affects community development, land development, business development, economic development, schools, hospitals, libraries and other public services, roads and other infrastructure. Over 200 government programs are impacted by census driven data, including Medicare, Medicaid, WIC, Pell Grants for students and work study programs for students.”

Trillions of Dollars are at Stake
According to the George Washington Institute of Public Policy, in Fiscal Year 2017 alone, 316 federal spending programs relied on census derived data from 2010. These programs disbursed 7.8% of the U.S. Gross Domestic Product (GDP) in 2017 — $1.5 trillion.

The bottom line — a lot of money is riding on census results, so getting counted matters. The number of college students in Utah — about 184,000 — is roughly the size of Salt Lake City’s population. High census participation among Utah’s college students can positively impact funding used at state schools like the U and their surrounding communities.

Where College Students Should Be Counted in the 2020 Census
At times, confusion arises over where college students should be counted. Students may not know whether to list their legal residences — for example, their parents’ home addresses — or student dorms, apartments and other college residences. Research shows college students are sometimes accidentally counted in the wrong location, not counted at all, or counted twice in separate locations.

“Students should be counted where they’ve been living most of the time,” Bateman said. “If you’ve been in Salt Lake for the nine months of the normal school year, you should claim that Salt Lake City address as your home for census purposes.”

“Students shouldn’t worry if their voter registration is in another state or be concerned that their census information will affect their parents’ taxes,” Bateman said.

Anyone without a permanent residence who is staying at the address should also be counted as living there.

“If you’re in college and live in an apartment, and the lease says there are two people living there, but there are actually six, you should include everyone in the household, even if someone is just living there most of the time as a couch surfer. If they’re living there most of the time, they should be included,” Jiménez said. “It’s important for college students to know this information is completely confidential. The landlord will never receive the information.”

Students living on campus will be counted differently — through a “group quarters” process.

“Someone representing the Census Bureau will go out to universities and capture the information about all the students living in the dorms,” Sharp said.

Sharp explained that individuals managing on-campus housing will be tasked with helping all student residents to be counted.

“We’re investing a lot of effort to make the census inclusive so we can treat everybody equally and count everybody,” Jiménez said.