Christopherson: The Church’s $100B Should Go to Preventing Climate Change 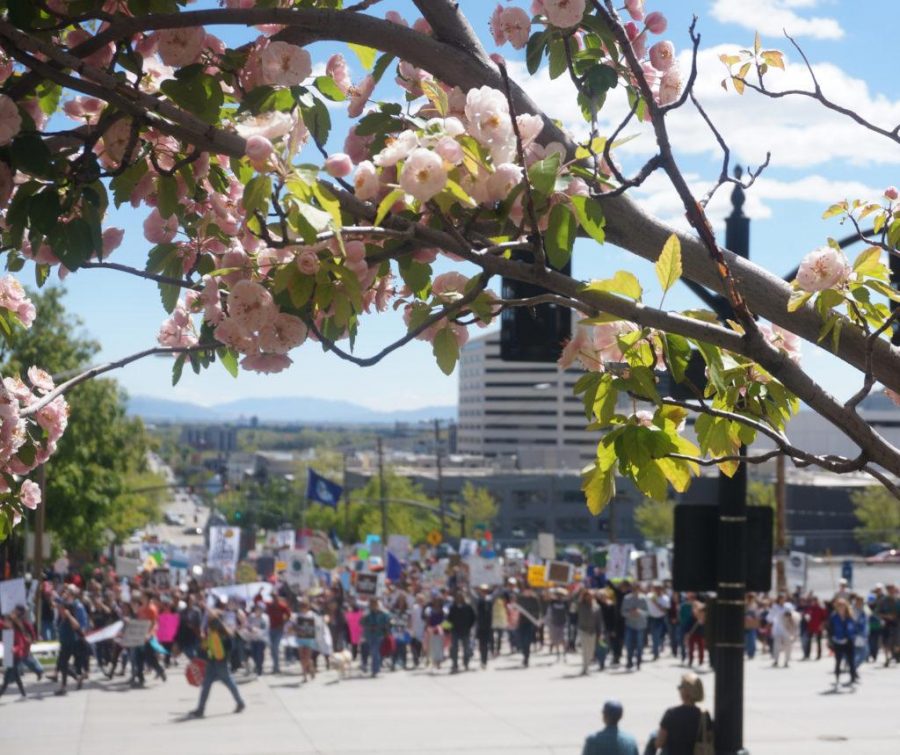 The Washington Post reported a whistleblower complaint a few weeks ago that most Utahns have heard all about. The complaint alleged that The Church of Jesus Christ of Latter-day Saints “has amassed $100 billion in accounts intended for charitable purposes.” Within hours of the article’s release, my Twitter feed exploded with commentary on the issue from church members, non-members and ex-Mormons. One user invoked a Bible story in the LDS church’s defense, noting that leaders are simply adhering to their own teachings about disaster preparedness. Others argued that the world is in the midst of disaster and that the LDS church has a greater responsibility to care for suffering people than it has yet fulfilled.

To me, a practicing member, this revelation about the church’s incredible wealth (and comparatively minuscule charitable expenditures) is yet another reason that it should be a leader on climate action.

I’ve written before about the current and potential catastrophic effects of climate change, but it’s worth repeating: global warming is literally a matter of life and death. According to CNN, “Climate change-related food shortages alone” could cause “a net increase of 529,000 adult deaths by 2050.” That number doesn’t account for child deaths, nor does it include deaths caused by natural disasters like heat waves, hurricanes and wildfires — events so frequent now they almost seem normal, though they are not. The same article by CNN reports that “climate change could force 100 million people into extreme poverty” within the coming decade.

You wouldn’t know it from a glance at its investment fund, but charity, equity and stewardship are doctrinal principles within the LDS church. In fact, a page on the church website teaches that “the earth is endowed with an array of natural resources that will provide for the human family if they are used as the Lord instructed — to care for the poor and the needy and not use more than is needed; to avoid waste; and not to forcibly take resources from another,” and it continues, “In our care and preservation of the creation, we either accept or reject our accountability to God.” Given the devastating consequences of climate change, I believe these ethics make the church morally responsible, not only to act, but to lead in promoting solutions to this urgent problem. It clearly has the funds to do so.

United Nations researchers estimate it would cost $300 billion to stop climate change from progressing. Based on the whistleblower complaint, the church could fund a full third of that effort and continue to operate normally — between Bill Gates, Jeff Bezos and the LDS church, the problem could be just about solved, at least in terms of the financing.

Like these other rich and powerful white men, church leaders are in a position to do even more than dedicate their investment fund to alleviating climate change and the injustice and death that accompany it. They could use their platform to encourage members to live by these principles. It is baffling to me that, in the 12 or so years I’ve been watching, environmental preservation comes up rarely (if ever) during General Conference. If President Nelson feels comfortable asking Latter-day Saint women to fast from social media or hammering home the expectation that no members drink coffee, why not ask other lifestyle changes like minimalism or vegetarianism? Why not expect every member to memorize the scriptures cited in that passage on the website as well as the Young Women theme and the Articles of Faith?

Members and non-members alike might argue the church has no business interfering in politics. Generally speaking, I agree. Sending a mass email — like they already did regarding Utah’s ballot proposition on medical marijuana last year — say, urging members to vote for a specific presidential candidate based on climate-related issues would be inappropriate for a religious organization benefiting from tax-exempt status. But climate action should not be political — and the LDS church’s involvement on this issue might even help depoliticize it, since the organization and the majority of its Utah members are relatively conservative and climate change is generally considered a left-wing concern.

The bottom line is that the church is remarkably powerful in terms of its rhetorical and financial influence, and basic adherence to its own doctrine of respecting and caring for God’s creations — humans, animals and the planet — demands climate action. When 2030 rolls around and finds 100 million more people destitute and hundreds of thousands dead because of climate change, I will hold the church and its leaders responsible as well as the nation’s — and, according its own teachings, God will too.