Christopherson: The U Needs A Campus-Wide Compost Program 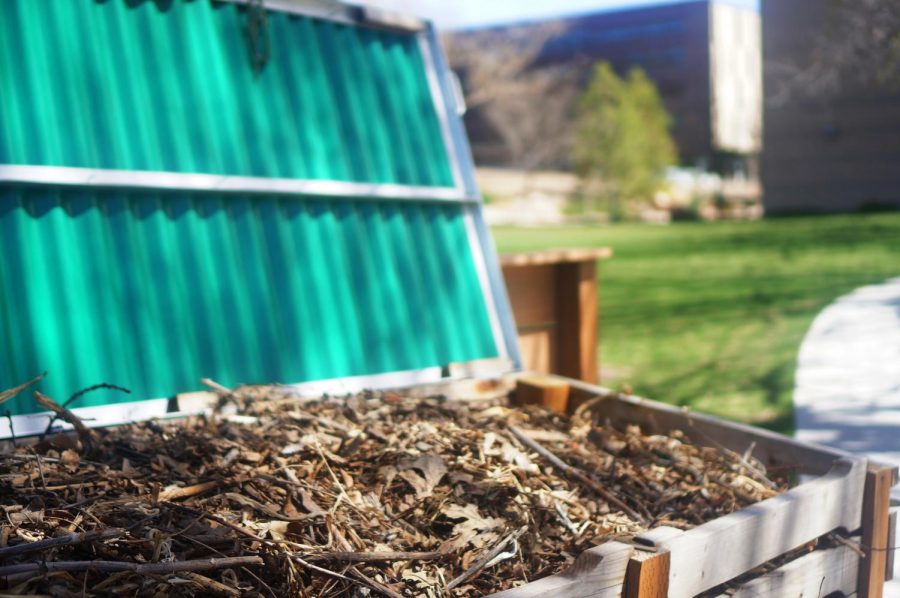 For a state full of nature lovers — not to mention millions of acres of beautiful land worth preserving — Utah has been disappointingly slow to jump on the eco-friendly bandwagon. Last year, WalletHub ranked us 31st in the nation for environmental friendliness. In a time when climate science is nearly universally accepted (even by Utahns) and information about plastic pollution, food waste and countless other environmental issues make headlines on a near-daily basis, it is difficult to come up with an excuse for Utah’s inaction. Frankly, even the University of Utah could do better.

The U’s Sustainability Office runs several important programs that help reduce the school’s carbon footprint and promote sustainable behaviors across the student body. We have a farmers market, a campus e-bike program, and a new campaign called U Bring Your Own “to reduce single-use disposable materials on campus,” among other initiatives. There’s still one major program we’re missing — a campus-wide compost program.

First, it is worth highlighting some of the major benefits of composting on any scale.

Americans produce 4.5 pounds of trash per person per day. That amounts to 267.8 million tons per year, filling landfills to the brim and polluting the air with carbon dioxide post-incineration. Composting is a direct solution to this massive waste problem, diverting organic waste like food, lawn clippings and paper towels from landfills. It also helps restore the nutrients in the soil, which is extremely important — global soil depletion caused by agricultural practices has been on an upward trajectory for years, threatening the planet’s capacity for food production and reducing the nutritional value of our foods. And in case those benefits don’t make a strong enough case on their own, composting also increases water retention in soils and reduces the need for oil-based chemical fertilizers. In other words, there are plenty of good reasons to implement a compost program at the U.

The Edible Campus Gardens program does facilitate composting by accepting some students’ food waste for use in a small on-campus compost system. This is certainly better than nothing, but it is insufficient to offset all the organic waste produced by a student body of nearly 33,000, much less all of the faculty and staff.

Other colleges and universities have already developed methods of campus-wide composting. In fact, I first started thinking about this on a trip to Seattle in 2018, when I visited the University of Washington and discovered compost bins in lieu of garbage cans for depositing used paper towels in the bathroom. Schools like St. John’s University and Virginia Tech compost food waste from their on-campus restaurants and coffee shops, and other examples can be found all over the country. There are also companies like O2 Compost that work with schools to build compost systems and train students to run them, meaning that the U wouldn’t have to start from scratch if we were to implement a compost program of our own.

The financial aspect of a program like this shouldn’t be a barrier either. Though it’s difficult to find out exactly how much other universities spend on their compost programs, there are documented ways to keep costs down, such as running the compost systems on campus rather than shipping waste to be composted elsewhere. A compost program would, however, require a buy-in and volunteering from students who care about this issue — but that shouldn’t be a problem. Environmental and Sustainability Studies is one of the U’s fastest-growing programs, and as an English Teaching major, it feels fair for me to say that many students in other fields feel invested in environmental conservation too. For those who do not, a little encouragement from a campus-wide composting initiative might be the nudge they need to start building more eco-friendly habits.

With so many benefits and so many resources to make composting more easy for big institutions like the U, there is no reason the U should not implement a compost program campus-wide. It would put a substantial dent in the U’s organic waste and carbon footprint — and hopefully set an example for the rest of Salt Lake City and the state. Simply changing what we do with our food waste and paper towels could be a great way to move up WalletHub’s environmental friendliness list in 2020.