Looking Back on Our Favorite Huntsman Center Moments 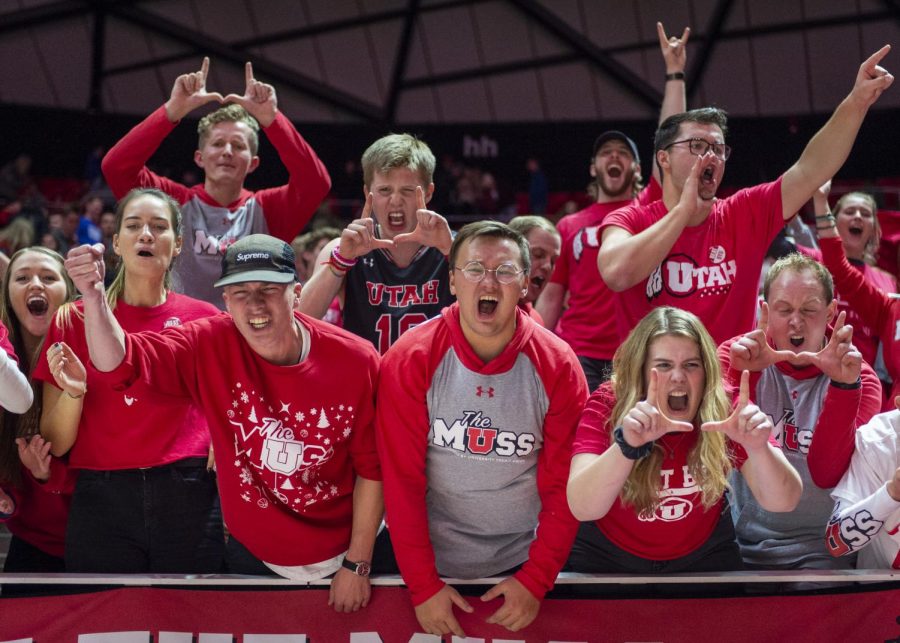 This year, the Jon M. Huntsman Center is celebrating its 50th birthday, and throughout the years, there have been some amazing games played on the floor. Here are our favorite moments: 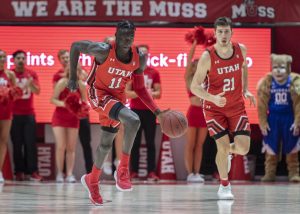 I remember vividly getting into basketball during the 2011 season. This was true of both NBA basketball and college basketball. This was right at the start of coach Larry Krystkowiak’s tenure as our head basketball coach. That first year was rough, to say the least. We ended up finishing the season with a 6-25 record, and I remember thinking to myself that maybe I didn’t want to follow our team because it was tough watching them lose so consistently. I know now that I had the wrong attitude. In any case, after several years, we were finally playing better with great players and moving our way up in the rankings. I remember watching us host Wichita State, a real powerhouse in the country, and we managed to pull out a close win and get ourselves in a better position for the NCAA Tournament. The Huntsman Center was so loud, and the players were so passionate about the game. It was an incredible experience, and I’ll never forget it. It was proof to me that no matter how badly your team is playing, they will always eventually have their day. That is why we need to stay as loyal fans.

Scott Stephens
In 2016, the Runnin’ Utes were ranked No. 22 when the Arizona Wildcats — ranked No. 9 — came into the Huntsman Center. Arizona made two free throws with 2:51 left in the second half to give them a 64-63 lead, which would eventually end up being their final lead of the game as well as the last points they scored in the game. Utah point guard Brandon Taylor was struggling as he came into this game. However, he made a game-clinching 3-point shot with 41 seconds left to play to secure the upset. This win over the Wildcats broke a 12-game losing streak. Before the Runnin’ Utes knocked off Kentucky earlier in this 2019-20 season, this win over Arizona was the last upset over a top 10-ranked team. The Huntsman was filled to capacity that night as fans cheered on the Runnin’ Utes throughout the entire game and left their impact long after the final buzzer sounded. It was another great day to be a Ute. 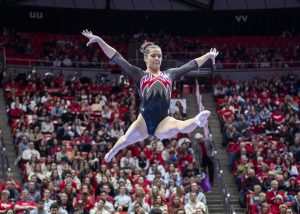 In 2015, history was made as the Utah gymnastics team clinched their second straight Pac-12 championship. That year, the Red Rocks edged out UCLA for the title. While the meet itself was magical, it was also devastating as the Red Rocks lost one of their best gymnasts, Tori Wilson, to a torn Achilles on her final event of the night. Events leading up to her floor routine were perfect for Wilson, who had scored a perfect 10 on the vault and had scores in the 9.8+ range on the bars and beam. I vividly remember watching then-assistant coach Tom Farden carrying Wilson off the floor to seek medical attention. While that moment is the sadder part of the event, it was fantastic to see the Red Rocks win their second straight conference title and then go on to finish second at nationals. That 2015 team was one among legends and helped me become the die-hard gymnastics fan that I am today. 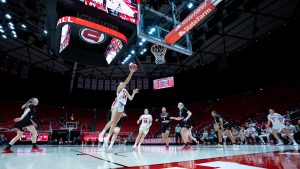 The University of Utah has always been a solid basketball school. Both teams tend to see successful seasons each year, and the players that come through the programs are all-around solid athletes. That being said, each year, it seems as though the underdog Ute teams take down at least one unexpected powerhouse team. In 2019, the No. 21 women’s basketball team defeated No. 6 Stanford with a score of 75-68. This was a historic win, as it was the first time that the team had ever taken down the Cardinal, and it tied the program record for the highest-ranked win. Additionally, this was the first top-15 win that Utah had seen since 2006. The stars of the night were Megan Huff, who scored 17 points, and Erika Bean, who drained 23 points and also scored five 3-pointers — a career-high. I remember being in the crowd during this game, surrounded by an electric atmosphere and cheering for such a great team as we defeated a women’s basketball power team in the Huntsman Center.

Brayden Ramsay
The 1998 Utah Runnin’ Utes are arguably the greatest team to ever grace the Huntsman Center floor. On a team that featured future NBA stars Andre Miller, Michael Doleac, Alex Jensen and Hanno Mottola, the Rick Majerus-led team started the season with an 18-0 record. They would only drop four games total on the season and only two during the regular season. Utah would lose their first game in the WAC tournament against UNLV but would go on one of the greatest runs in school history during the March Madness Tournament. The Runnin’ Utes would beat San Francisco and No. 17 Arkansas in the first two rounds before topping West Virginia and No. 4 and reigning national champion Arizona in the Sweet 16 and Elite Eight. The Utes would take on No. 1 overall North Carolina in the Final Four and upset the Tar Heels 65-59 to move onto the National Championship game. The Utes would take a 10-point lead into halftime before the Wildcats would storm back to take the victory. 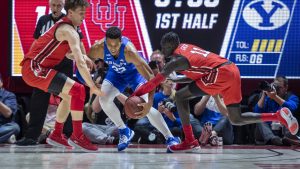 Being a big NBA fan, one of my favorite moments is when top NBA prospects come to town. On Jan. 14th, 2017, No. 4 UCLA, lead by the notorious Lonzo Ball, came into the Huntsman expecting to walk out with an easy win. The Bruins had only lost one game so far on the season and they were looking to get another one here.

It was a back-and-forth game the whole night and came down to the wire. The No. 4-ranked Bruins ended up being a little too much for Utah, and won 83-82. Ball finished with 17 points, six rebounds and eight assists for the Bruins. Kyle Kuzma racked up 15 points, 11 rebounds and six assists for the Utes. The game featured six players who would go on to play in the NBA. Three of them ended up as first-round draft picks. Ball would go on to be selected second overall by the Los Angeles Lakers in the 2017 draft, and Kuzma went 27th to the same team, making them teammates after they competed head-to-head in college. I loved this game for the amount of talent on the floor, and it was a close one, which always helps. Unfortunately, the Utes couldn’t quite pull off the upset, but it had all the makings of a great Huntsman moment.