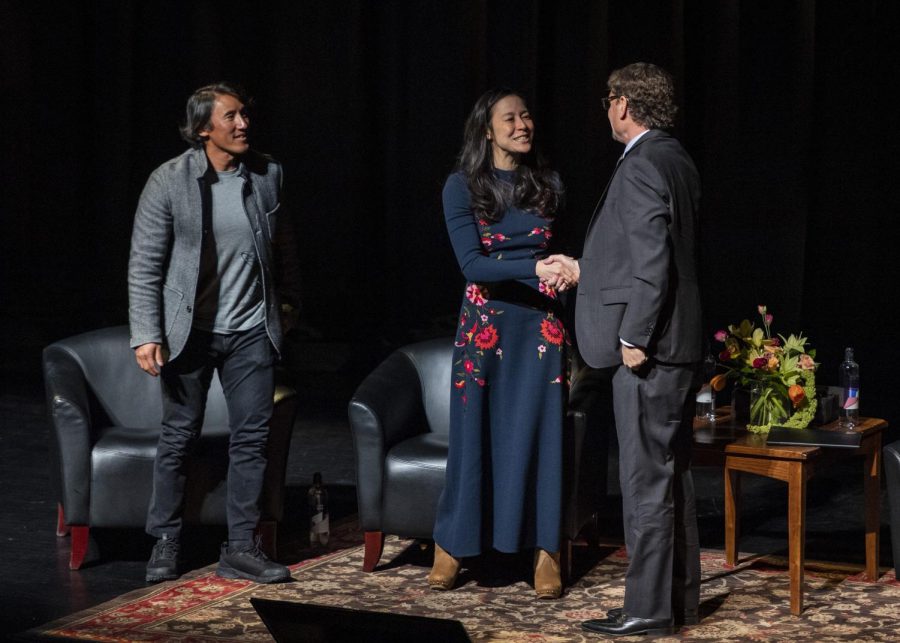 What does it mean to achieve the impossible, and what does it feel like to do so? One may imagine Neil Armstrong’s first steps on the moon, Malala Yousafzai’s determination to advocate for women’s education or Orville and Wilbur Wright sending the first airplane into flight. For each of us, “the impossible” may mean something different. Whether it’s in finding true love, landing a career, forgiving a family member or traveling someplace new, everybody desires to push themselves and shape their lives into stories with such milestones. For athlete Alex Honnold, his dream of reaching the impossible was to become the first rock climber to scale the infamous, gargantuan 3000-foot cliff El Capitan in the Yosemite without any ropes or protective gear.

Honnold’s journey wasn’t only groundbreaking within the niche world of rock climbing. Elizabeth Chai Vasarhelyi and Jimmy Chin — a wife-husband director duo— illustrated Honnold’s climb in their National Geographic documentary feature, “Free Solo.” The film itself was an incredible feat of technical achievement for depicting, both in close-up and spanning shots, Honnold’s ascent. “Free Solo” won multiple laurels from several ceremonies and festivals, including Best Documentary at last year’s Academy Awards. Both gripping and poignant, it marvelously captures the spirit of daring and adventure.

On Jan. 23, the University of Utah’s MUSE Project hosted Chin and Vasarhelyi at Kingsbury Hall to discuss the making of their film, connecting vision to triumph and the importance of storytelling to humanity with students. “It’s the privilege we have as humans, to create stories and tell stories,” Vasarhelyi said. “Can AI create the sublime? I don’t know, but we can.”

Neither Vasarhelyi nor Chin pictured that they would go into filmmaking growing up, but each found their way onto that path during their time as college students. “I went to Princeton to be an MD-PhD in epidemiology,” Vasarhelyi said, adding that her pursuit of this goal made her “feel totally and utterly miserable.” Her life took a turn when her dad “came to see me because he knew I was miserable, losing weight, upset, unhappy,” she said. Vasarhelyi recalled that in response, he asked, “Well, what do you want to be doing?” This helped Vasarhelyi decide to study literature, “the single most liberating moment of my kind-of-life,” she said. This eventually led her to make a film for her capstone project in the field and study film by interning at ABC.

Chin, in the meantime, had also felt the pressure to study a field that wasn’t for him. “I mean, my parents are very traditional Chinese immigrants and first-generation. They had a very particular view of my future,” he said. “I grew up basically thinking there were three jobs in the world— you could be a doctor, a lawyer or in finance.” However, he said, “I found climbing in college.” Inspired by the sport, Chin decided, “I’m going to become homeless,” intentionally. “I lived in my car for a very long time and traveled around and climbed like all good climbing bums do.” He added, “So that’s the advice — move into your car, drop everything, forget the internship.” Chin laughed and said, “Just kidding,” but added that it was this decision that got him involved in outdoor photography and, eventually, led to his work as a content producer for National Geographic.

Chin and Vasarhelyi’s experiences with taking a risk in pursuing their passions reflect Honnold’s goal to free solo El Capitan. In the film, Chin says, “I’ve always been conflicted about shooting a film like ‘Free Solo’ because it’s so dangerous. It’s hard not to imagine your friend falling out of the frame and to his death.” Despite this, the two directors were ultimately happy to have brought this story to others following Honnold’s success.

After Honnold made it to the top, Chin said, “I remember looking and everyone is crying,” from himself to his co-director and wife to the film crew. “It was such a long journey together.” Vasarhelyi said, “So much making of a film was fighting for the access, trying to get the intimacy.” She explained that documentary-making always involves spontaneity and risk, but that these are the traits of the genre which bring it to life. “It’s empowering, liberating, and I also feel like we have a responsibility to make films that matter.”

“Free Solo” is currently available to stream through Hulu and Disney Plus.