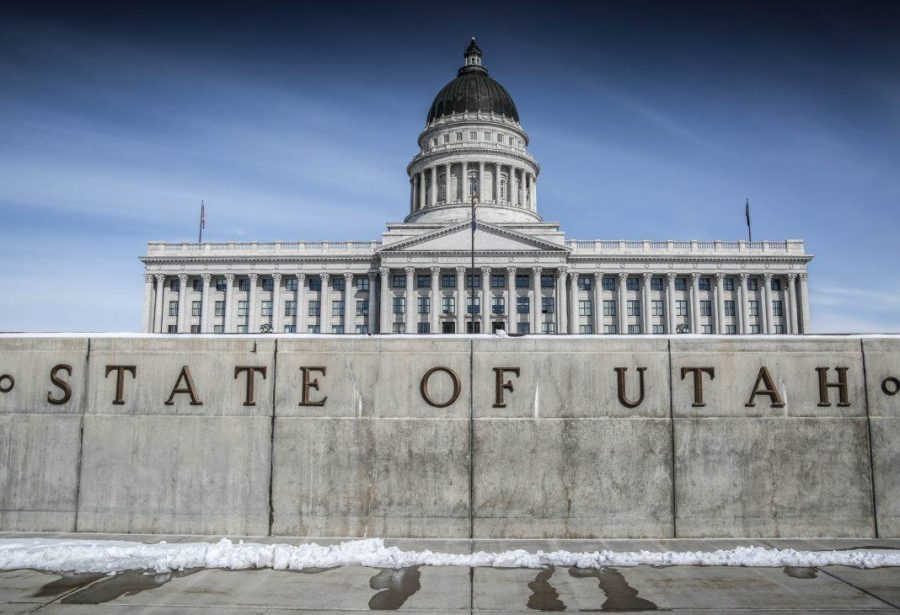 By Elise Scott and Sheely Edwards

The Utah State Legislature gathers during the first three months of every year to pass legislation both helpful and harmful to the people of Utah. For 45 days, legislators debate changes to the law that will shape the lives of every Utahn, both in the short and long term. But most students do not know this fact, and they will go throughout their spring semester completely unaware of the new laws that might affect their tuition, housing and employment opportunities, let alone other aspects of their lives. In fact, while they may have opinions about presidential candidates or national political issues, over half of Utahns cannot even name their local representatives.

We’re here to help students catch up. Through our opinion pieces, we will call attention to who is doing what on Capitol Hill so that students can better participate in the direction of the state’s future. Many students have already demonstrated concern about important issues like climate change, immigration reform and gun control. They must continue to make their voice heard by the people with the power to bring the local change they wish to see.

This year’s session begins on Jan. 27 and will last for 45 days. Last session, legislators introduced 842 bills and resolutions. Of these, 574 were passed, with over 300 of them pushed through in the last week of the session. Over 900 bills have been filed for this year, and each legislator will be racing to get theirs across the finish line. It is up to us to make sure that they give each vote the consideration it deserves.

The University of Utah knows the importance of the legislative session, hiring the governor’s former chief of staff to be their in-house lobbyist and dedicating a U Alumni Association program to engaging their network of volunteers to influence legislators. Current students can also lobby legislators through the ASUU Government Relations Board or as individuals — which they should, considering that legislators run dozens of bills directly related to higher education every year.

Debates over large adjustments to education policy are well on their way. Governor Herbert has recently proposed a tuition freeze on state institutions of higher education, which could have a huge effect on students. Tuition at the U has consistently risen over the last decade and the Utah Code has an entire chapter dedicated to the U, much of which is dedicated to loan and scholarship programs. The legislature also has power over almost every other aspect of student life, from wages and university funding to general education requirements and housing.

Previous years have been no exception. In 2019, a bill was passed to mandates universities like the U to develop a campus safety plan and training curriculum. A controversial bill was introduced that would change the parameters of free speech on campus. Another bill made the T.B. Bell Teaching Incentive Loans Program into a scholarship. U students ought to watch future changes closely, making sure they are not made without their input.

Staying up to date on politics isn’t just important for political science students — the interests of any major will be touched upon at one point or another. Legislation often addresses air quality, public transit, the minimum wage, alcohol, e-cigarettes, rent control and more. U students ought to take time to understand how the actions taken by legislators will impact everyday life.

They can also get involved — students who wish to influence public policy may testify at a hearing, hold a protest or volunteer with a local advocacy group. They can also reach out to their legislators by emailing them, calling them or even showing up to a town hall. Students only need to set aside a few moments of their day to give their input to decision-makers, but it helps to know who to call. The U campus falls within the districts of Rep. Brian King, Rep. Jennifer Dailey-Provost and Sen. Derek Kitchen. Many U students are represented by these legislators as well as many others all over the state.

The legislative session is complicated, but we can’t just throw up our hands in the face of that complexity. Effective activism requires an understanding of the system and far too many bills are passed without the scrutiny they deserve. We hope you will join our opinion writers as we follow this session and weigh in on the changes that will most affect you.