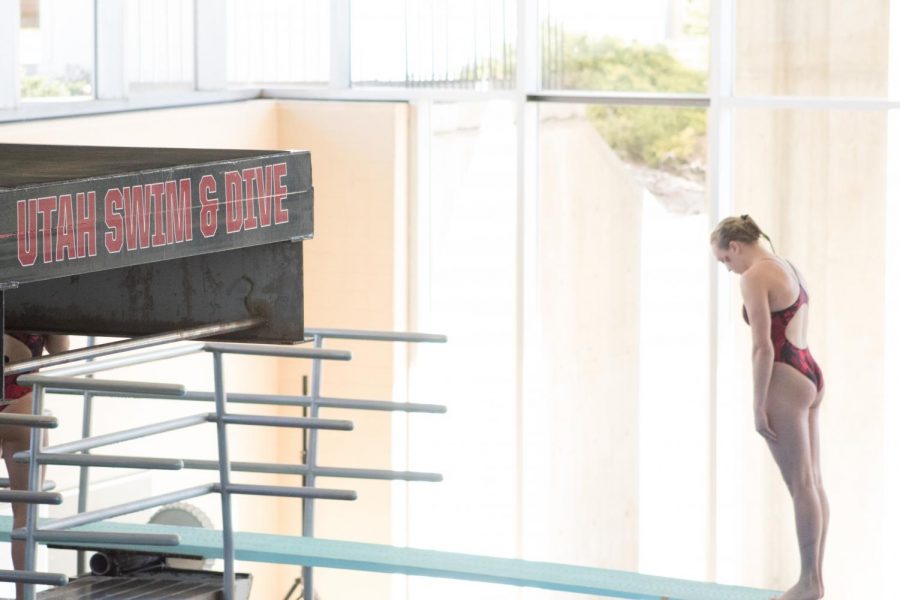 The University of Utah swim and dive team will head to Provo this coming weekend to face BYU in the water for the Holy War.

Week In Review
The Utes have had nearly two weeks off since their last meets. The diving team traveled to Los Angeles to compete in the UCLA Diving Invitational. Standout performances included Tony Chen — who secured a win in the 3m event, Emma Ruchala — with an impressive performance in the 1m event and Lizzy DeCecco — who made her way into the top 15. The swimmers, meanwhile, split a matchup at home against Denver. The women won 160-102, and the men lost 79-183.

No doubt both the men’s and women’s teams will be looking for redemption in unfriendly waters this weekend against BYU.

Men vs. BYU (5-1)
The Utes currently sit at 1-4 on the season with a 0-2 Pac-12 conference record. The last time these teams met was at an exhibition relay meet back in September. The Utes won in dominant fashion with a standout performance from Felix Chiun, who swam in the first place 400 free-relay and the first place 400 IM relay. Overall, the Utes would capture 13 of the 16 events and send those Cougars home with a loss.

However, BYU will be a difficult opponent as they currently sit at a 5-1 record. Against Denver, eight BYU swimmers placed first. One of those swimmers is Tyler Edlefsen, who commanded the 200-yard butterfly and 400-yard IM. The Utes will certainly pay close attention to Edlefsen’s performance this weekend.

Women vs. BYU (5-1)
The women have had a bit more success this season. They are currently sitting at a 5-3 overall record and 3-3 in the Pac-12. The women shared the same results as the men from the last time these two schools met up in early September. The standouts for the women that day were sisters McKenna and Mariah Gassaway who swam the 150 breast relay together. Along with Charity Pittard, they came out victorious with a top time of 1:28.58.

BYU has proven to be a difficult opponent this season in all five of their victories. Their last victory was most impressive, beating The University of Nevada 123-114. It came down to the wire as BYU led by only four going into the final event. They needed a first-place finish to secure the victory or lose by one. A team consisting of swimmers Gwen Gustafson, Kali Brown, Tiare Coker and Mariah Lindsay claimed the victory with a 1:33.42 time.

BYU knows how to make it count in the clutch, and that’s something the Utes will need to take note of going into this weekend’s meet.

Of course, a win is always favorable, but this meet against the Cougars provides a unique opportunity for the seniors to come out victorious in their final rivalry match in opposing cougar territory.

The meet is set to begin on Friday, Jan. 31 and will conclude on Saturday, Feb. 1.