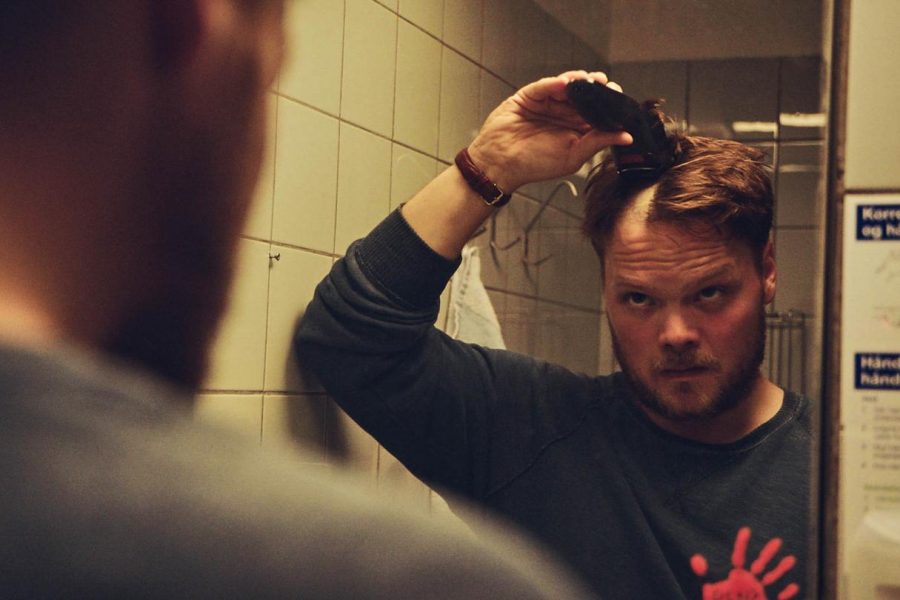 What’s the most you can accomplish in eight days? For myself, this depends on the week at hand — I might get a project finished, meet with some friends or read a few books. However, I can hardly imagine accomplishing what screenwriter and director Kristian Håskjold managed to achieve in such a short timeframe – shooting the entirety of one of the best works of film I’ve seen this year.

“Chemo Brain,” an episodic miniseries made to air on television, takes advantage of its form by threading its 20-minute short vignettes to create windows into 28-year-old Oliver (Adam Ild Rohweder),whose fun and carefree life halts when he is diagnosed with cancer. At times both humorous and provoking, “Chemo Brain” left me in a silent daze as it drew to a close. For how minimalist the work is in its sparse writing, filming locations and quick-to-the-point pacing, “Chemo Brain” is a work of real brilliance that I’ll still be thinking about for weeks to come. It packs a much stronger punch than many high budget television series and movies I’ve seen put to air, and yet it deals its cards with a deft nuance.

The miniseries begins with Oliver waking up next to his girlfriend Signe (Stephanie Nguyen,) basking in a warm and cheerful light. The two are happy to be together, and everything seems to be going perfectly for them. However, a problem arises after Oliver goes to the hospital to find out why he’s lately been struggling with back pain — he has testicular cancer, and its spread up through his abdomen. Caught frighteningly late, he’s rushed for emergency surgery and ordered to begin chemotherapy immediately. Soon trapped at a hospital with terrible Wi-Fi more often than not, Oliver begins his quest for treatment. Meanwhile, those he’s close to inevitably move on in life without him as he’s trapped with the blunt humiliation of losing both his hair and one of his testicles.

As another cancer patient tells Oliver shortly after he’s diagnosed, getting cancer is like playing a game of Monopoly where you’re put in jail for a time and, when you get out, the other players have all of the money, hotels and cars. While initially wary of this analysis, Oliver discovers that being left behind is the most difficult part of dealing with extended medical treatment. Though “Chemo Brain” does detail the physical effects of cancer and chemotherapy, from fatigue to constant vomiting, the series places a stronger emphasis on what it feels like to go through such agony feeling stranded and alone. Sure, friends and family occasionally visit Oliver, but he still can’t go to concerts or parties. As a result, Oliver must learn to confront life seemingly on his own, despite the fact that he quickly grows sick of “being treated like a cancer patient” by those around him. Although the occasional thought that he might die enters his mind, Oliver is more concerned about being able to live in the present again.

Despite its difficult subject matter, “Chemo Brain” is hardly a downer, instead inviting viewers to feel hope and confidence. At once a journey of faith and introspection, “Chemo Brain” resolves these questions with stark answers and dashes of playful jokes. Håskjold and his co-writer, Johan Wang, based the series on a friend of theirs who had lived through cancer treatment. “I just was really moved by the story,” Håskjold told No Film School in an interview. “You can’t really compare these two things, but I dealt with anxiety some years back. It was really heavy. So I could really relate to the thought of feeling really healthy — you’re more or less just living your life — and all of a sudden, something just happens, and it just changes your perspective.” Working closely with real doctors and cancer patients for research, Håskjold and Wang sought to create a film that was as accurate as possible in its portrayal of cancer treatment, but they’ve achieved something more. “Chemo Brain” ingeniously examines what it feels like to suffer, point-blank.

For how quickly it was filmed on a small budget, the miniseries neither feels like a quickly made nor underfunded feature.  The cinematography, while simple, feels smooth and takes advantage of well-placed close-up shots. The direction is clean-cut and forward, and it gets the content across honestly and directly. Sets are few, and yet they’re filmed from so many smart angles that they feel expansive and absorbing. Rohweder doesn’t play up his part where it’s unnecessary or overshoot his role. Though we never see him weeping or shouting in an over-the-top or loud way, Rohweder’s portrayal of Oliver feels adherent to reality.

The resulting effect feels like a fresh break from Hollywood films, where characters dance across the screen in an unmistakably grandiose tone. No, “Chemo Brain” withholds its drama and solemn moments for where they work the best. While it’s daring to withhold edginess from Sundance, a festival largely known for its support of experimental films, it’s worked here remarkably. When I was watching “Chemo Brain,” I didn’t feel like I was watching a series or movie. I felt as though Oliver was a real person and I was standing in the same room as he was, seeing his life unfold. Certainly, no filmmaker could ever hope to achieve something so great as this in their storytelling, and “Chemo Brain” does it again and again from its opening to its poignant close.

Without restraint, I would give “Chemo Brain” a complete 10 out of 10, and it’s my earnest hope that it will be picked up to air, stream or play online. This episodic work is more than worthy of it.