Possible Changes to Crimsons Nights May Lead to New Events 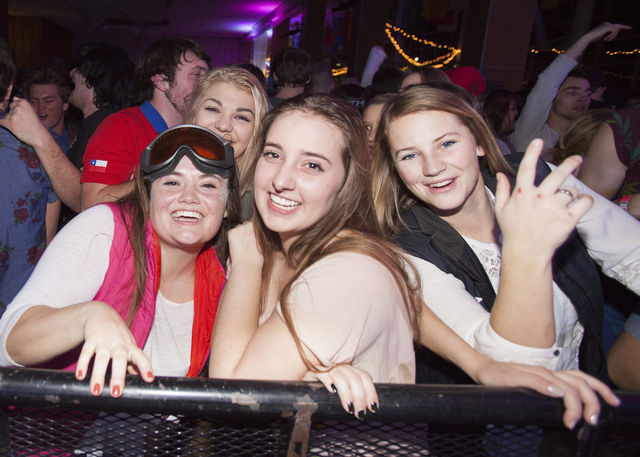 Crimson Nights, late-night events hosted at the A. Ray Olpin Union Building, may be docked from four events per school year to two.

Students have mixed feelings about this possible change.

“I find that an interesting choice, probably not for the better,” said Bergen Meyer, a sophomore majoring in psychology and human development. “It’s one of the few ways that the student body can actually get together outside of football games.”

“I’m not partial to either one, but if it helped with prepping, planning, or even just saving up funds to do another Crimson Night, that’s different than having multiple shots a year to be cool too.”

“We were doing four for a while now, and we noticed attendance has been dropping a little bit,” said Ashlee Christofferson, the assistant director of programming for the Union building.

“The events are still awesome, high-quality events, but we just haven’t seen the attendance numbers. This was my 31st Crimson Night, and we used to see a lot more people come.”

“We don’t have a definite idea, but we have our assumption on why we think the attendance is lower,” Christofferson said. “We are looking at working with assessment evaluation and research on doing some focus groups with students who attended the first Crimson Night but didn’t attend the others.”

“We do Union After Dark down in our bowling alley and hopefully, if everything goes through, our plan will be to do Crimson Nights. Then the months that we don’t have Crimson Nights, we’ll do Union After Dark.” Christofferson said. “So, we’re going to work on developing those more and making those bigger events. Then we want to focus on some collaborations with other student groups like ASUU, RHA, in Greek life and other student organizations.”

“And we’re doing our first collaboration next month with ASUU and RHA. We’re doing a U Nights event and it’ll be a laser tag event at the Student Life Center on Feb. 20 from 9 p.m. to 1 a.m.” Christofferson said.

Quach said he would be open to going to a Union After Dark event. “I go to the Union pretty often and I’m usually in the area too. It doesn’t sound like a bad idea.”

Meyer was less certain about attending Union After Dark. “It depends on what the events are.”