Mismash: Utah’s Shifting Religious Demographics Are An Opportunity, Not A Problem 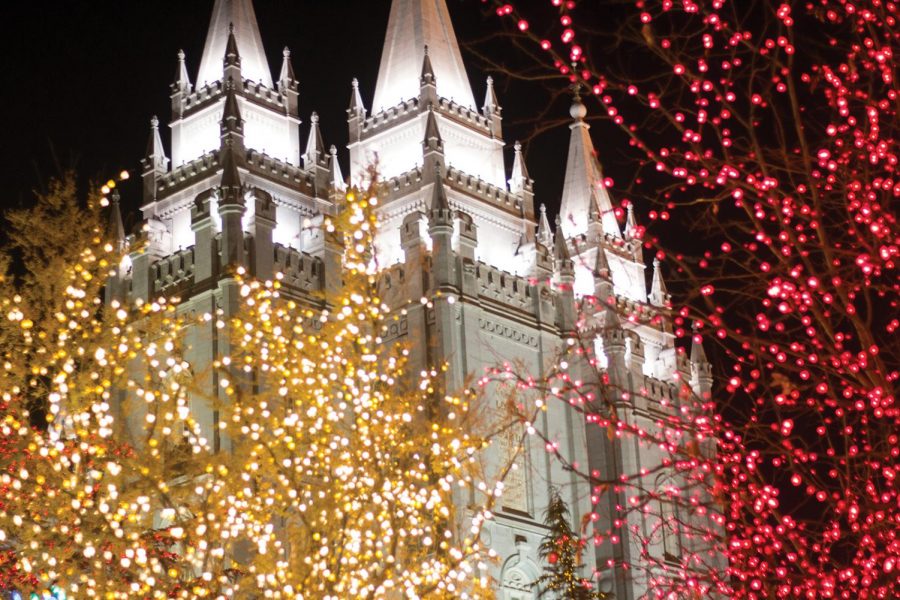 Salt Lake County is experiencing some shifts within its religious demographics. The Church of Jesus Christ of Latter-day Saints’ growth within Salt Lake has slowed for several years, even as Utah’s overall population continues to grow. In 2018, the percentage of members in Salt Lake County dipped just below 49% — the lowest it’s been ​since pioneers settled in the Salt Lake Valley​ in 1847. These numbers have gained some attention and sparked some concern. But as a member who grew up outside of Utah in parts of the country where other members of the church didn’t even make up a full 1% of the population, I don’t think this is as big of a deal as it’s being made out to be.

For starters, the church itself isn’t panicking. If they aren’t concerned, I don’t see why members should be. The church ​discourages​ members from dwelling on statistics, noting that “such comparisons rarely take account of a multiplicity of complex factors, including activity rates and death rates, the methodology used in registering or counting members and what factors constitute membership.”

Along with this statement, the church’s website specifically cautions against becoming excited about membership ​growing​. While their claim to be “the fastest-growing church in the United States” is likely outdated, there’s a ring of truth to their reminders that there’s more to the strength of the church than just the number of members on the roll.

​Despite lower levels of growth, the church had a net increase of more than 400 wards and branches worldwide in 2019, the largest increase since 2005. Growth of wards and branches, despite the stagnation of membership numbers, may indicate that more members currently on the rolls are actively participating in their wards, at least enough to necessitate a split. By these measures, the church seems to be doing just fine, despite slowing growth in Salt Lake County.

Slowing growth is simply not the end of the world. Every member of the church outside of Utah is a minority within their community, and many of them, despite small numbers and slow growth, are in strong wards with happy, faithful and active members. If members outside of Utah can handle being a minority, those​ in Utah can too.

I grew up a military kid and a member of the church. I have attended wards on both the East and West Coast, in rural Louisiana and suburban Colorado. I’ve lived in tiny branches and small-town wards. I’ve belonged to huge, sprawling stakes with more kids my age than I thought existed in the world.

My experience in small wards was still meaningful. Everyone pitched in, each taking on enough responsibilities for two or three people. We knew that our absence would be felt if we skipped class on Sunday. I met up with a handful of kids (like, less than five) who were just like me and actually understood my beliefs and experience. We met only once a week because everyone lived 45 minutes away in different directions, but our friendship was strong. Being a religious minority can be hard, but it can also be wonderful. It creates a different kind of bond than those in areas where everyone is like you. You don’t have to be a majority in your community to have strength and meaning, both individually and as a group.

Utah can feel a bit exclusive at times. Even ​as a member, ​I have never quite felt at home here. Part of that is due to not being tied to a military post for the first time in my life. Another part of it is the mountains being in the east instead of the west (it just feels wrong). But most of it comes from the particular habits, expectations and norms of a group where everyone except you knows the script and expects you to follow it.

We all need to learn to be more tolerant and understanding of each other, and this religious shift will give us an opportunity to do so. Living with and around people who are different from us ​makes us more accepting​. When members and non-members have normal, positive interactions, we remember that we are not so different — and that being different isn’t a bad thing.

Utah’s shifting population and religious trends should not cause panic. Members of the church shouldn’t fear becoming oppressed or vanishing from Utah. Things are going to change, but we get to decide whether those changes in our communities will be positive or negative. We can all be kinder and more inclusive, and I hope we will learn to be more patient with the people around us. Life isn’t about statistics, and whose church is bigger than whose is not what matters at the end of the day.