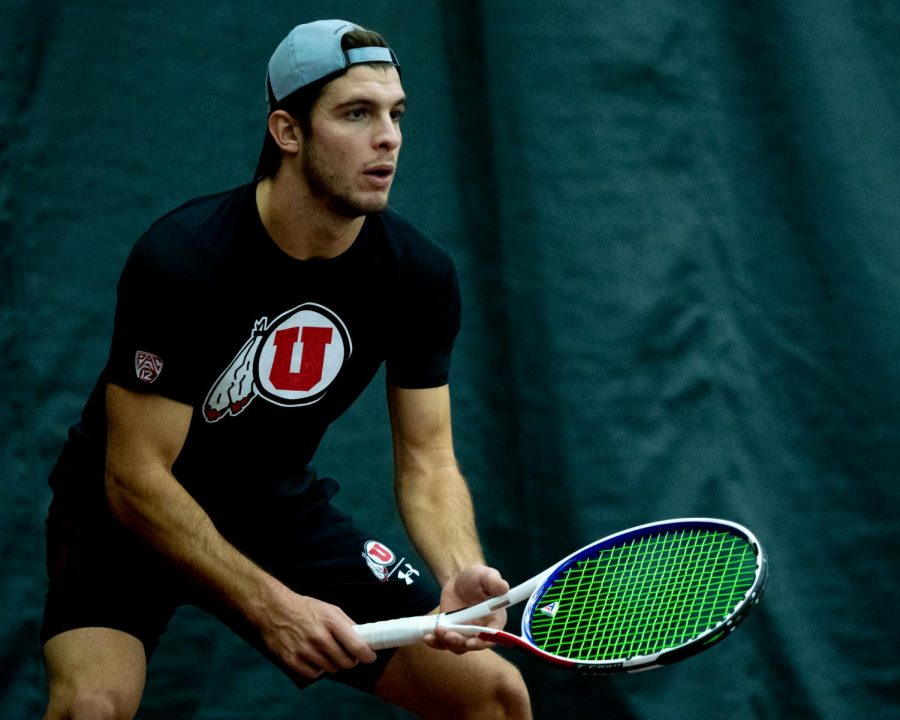 The University of Utah men’s tennis team competed in three home matches this weekend at the George S. Eccles Tennis Center. The Utes came into the weekend with a 2-2 record, with both of their wins coming on the friendly confines of their home court. This trend did not break, with the Utes sweeping the weekend matches and improving their record to 5-2, 0-0 Pac-12.

The first match of the weekend was against East Tennessee State University on Friday, Jan. 31. The Utes went on to win the match 4-1. The men won two of the three doubles matches by scores of 6-4 and 6-4, while one of the doubles matches remained unfinished with a score of 5-1 in favor of East Tennessee State. The Utes also looked impressive in the singles matches, winning three out of four with two matches remaining unfinished.

The next match took place on Saturday, Feb. 1, when the Utes beat the University of Nevada Wolfpack by a score of 6-1. They won both of the doubles matches that finished by scores of 6-4 and 6-1. The doubles match that remained unfinished was tied at 4-4. The Utes nearly swept the singles matches, winning four out of five to increase their winning margin.

The final match of the weekend took place later in the afternoon on Saturday when the University of Montana came to town. The Utes continued their dominance, winning every match that finished in this contest for a final score of 7-0. Only one doubles match remained unfinished with Montana ahead 4-3, but the rest of the matches resulted in wins for the men.

Up next for the University of Utah men’s tennis team are two more home matches next Saturday, Feb. 7, when both Utah State and Idaho State come to try their luck in the George S. Eccles Tennis Center while the Utes will look to continue their trend of perfectly defending their home court. Meanwhile the women’s team will be back in action later this month and will try to continue the strong start to their season.