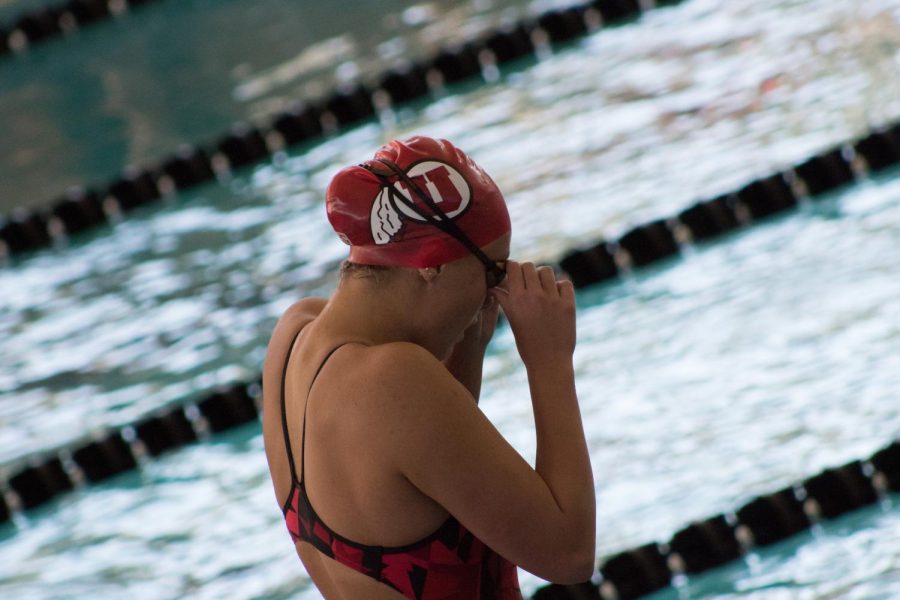 The University of Utah swim and dive vanquished their foe Brigham Young University this weekend as the men won 160-138 and the women claimed victory in the final relay 152-148.

Women vs. BYU
The women’s team trailed by one point going into the final 400 free relay on Saturday against their in-state rival BYU. Victory came down to a matter of inches as Kayla Miller, Maddie Woznick, Sarah Lott and Audrey Reimer finished fifteen-hundredths of a second ahead of their opponents to win the day. In addition, the women also saw strong performances from Sara McClendon, who won the 500 and 1000 free; Emma Ruchala, who won the 1m; and Christina Pick, (swimming in her final holy war meet) who won the 200 fly.

Men vs. BYU
While the men got off to a bit of a rough start, they were able to recover and take control late in the competition. Felix Chiun, Finn O’Haimhirgin, David Fridlander and Liam O’Haimhirgin secured the Utes victory with a time of 2:59.20, which won the final event. Along with the victory, the men also had notable performances from Rahiti De Vos, who won the 200 and 500 free; Tony Chen, who won the 3m; and Tyler Klawiter, who claimed victory in the 1000 free.

Words from Coach Dykstra
“I am really proud of both our teams today,” said head coach Joe Dykstra. “BYU was performing at a really high level and we dug ourselves a hole in both meets. There was no quit in anybody on either team. We were able to claw back and make the final event on both sides one that would decide today’s result. It was a thrilling college dual meet to be a part of. In front of a standing room crowd, I thank the Cougars for pushing us with tremendous racing.”

Looking Ahead
The diving teams will go on the road to participate in the Air Force Invitational in Colorado Springs, Colorado. Men’s swimming will have some time to prepare for their final in-conference swim meet as they will take on USC on Feb. 22 at home. The women have completed their regular season and will now have some time to prepare for the Pac-12 championships which begin Feb. 26. Those events will be held in Federal Way, Washington, and competitions will last until March 7.