Maxfield: Legislation Banning Tanning For Teens Is About Control, Not Education 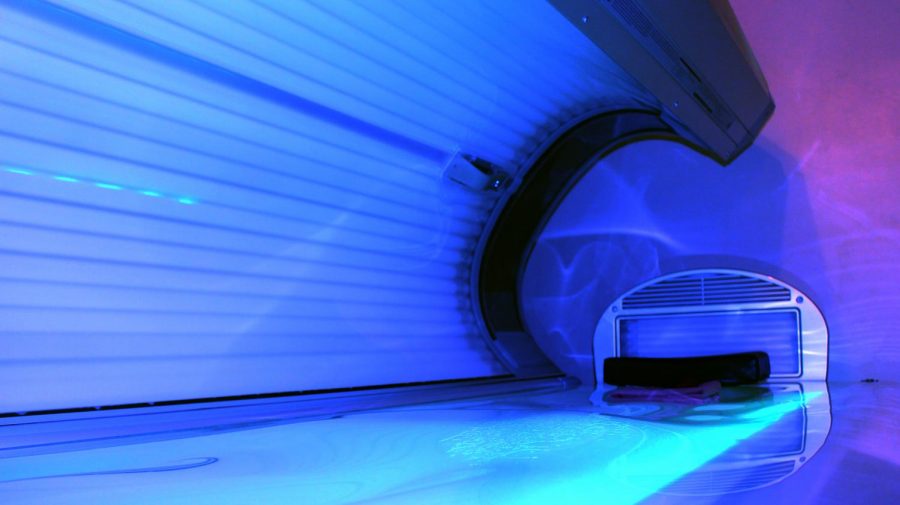 Republican representative Brad M. Daw has “changed his mind.” He no longer trusts Utahns to make tough health decisions for minors regarding indoor tanning. In a FOX 13 interview, Daw said, “There is no compelling reason anymore for a teen to be able to tan and there’s no reason to allow it.” He further said that “we as a state have a compelling health interest to prevent that kind of cancer outbreak later in life.”

Current regulations require all establishments to prominently post warning signs outlining the potential health risks of tanning. Additionally, minors seeking to tan must provide a written physician’s order or be accompanied each time by their parent or legal guardian. While these adults are not required to remain on-site after checking in their minor, they must enter the facility and read and sign a state-mandated tanning consent form. This form enables the responsible adult to read and acknowledge the potential harms tanning may cause their child.

Because Utah’s existing tanning laws already offer strong protections, including parental oversight for minors, Daw’s H.B. 34 – Tanning For Minors is unnecessary and leads lawmakers to encroach upon parental rights. If passed, the bill will strip decision-making authority away from Utah’s parents who currently wield it — as they should. If the legislature is concerned about teen tanning, they ought to combat it through the proper channel of increased education instead.

It is no secret that Utah consistently outpaces the nation in incidents of melanoma, but that fact doesn’t necessitate or justify Daw’s bill proposing a tan-ban for Utah’s minors. According to data compiled about Utah’s high occurrence rates, the state’s high elevation, warm climate and reflective landscape (sand, water, snow, ice) are identified as known risk factors for melanoma.

Dr. Glen Bowen, a skin cancer specialist at Utah’s Huntsman Cancer Institute, points out an interesting, less known fact. “Where Utahns came from genetically is not where they’re living,” Bowen said. “The people who were genetically built to live in Utah were the Paiute Indians, who have much more pigment in their skin and have much less incidence of melanoma.” The CDC notes that people with light-colored skin and eyes are among those with an increased risk of developing skin cancer.

While Daw believes a tan-ban will prevent a future cancer outbreak, his bill is more of a power grab and less of a preventative measure because the health risks of ultraviolet (UV) radiation are not restricted to indoor tanning. Given that we can implement other, less controlling approaches to reduce statewide UV exposure, there is no compelling reason for lawmakers to overrule the informed decisions of Utah’s parents and guardians.

The narrow focus of Daw’s bill is concerning, as is his broad claim that “there’s no reason to allow” indoor tanning. If his goal is to reduce melanoma, why isn’t he sponsoring a health bill with an educational focus? A bill to increase statewide awareness addressing the ways Utahns can and should minimize UV exposure is reasonable — this bill’s hostile takeover of parental rights is not.

Daw offers no evidence for why lawmakers should stop trusting parent’s decisions regarding tanning. No one is more personally aware of, or invested in, the health of Utah’s youth than their parents and guardians. It is baffling that lawmakers presume their opinions about an issue should override the decisions Utah’s conscientious parents make.

We can argue the pros and cons of tanning, but in this case, claims made by both sides are irrelevant because this bill only pretends to be about tanning. The stark reality is that not everyone shares Daw’s opinion, and they don’t need to. Some Utah parents, for varying reasons, allow their teens to tan — their decision doesn’t make them uninformed or even wrong.

Whereas indoor tanning is one way to receive UV rays, a multitude of other, equally optional, ways exist. Utah’s youth face regular exposure to harmful UV radiation while playing at recess, exercising in P.E. classes, camping and off-roading with family, hiking Utah’s trails, fishing or swimming in Utah’s lakes, skiing the greatest snow on earth, doing yard work, playing outdoors with neighborhood friends and participating in many recreational team sports.

We must meet ignorance with education, not governmental control. If Daw believes parents are making poor decisions regarding their children’s health when it comes to UV ray exposure, his reactions should promote health literacy, not replace parents with bureaucracy.

Lawmakers can do much to increase public awareness without decreasing parental power. They can post signs in popular recreation areas reminding adults and minors to take precautions while outdoors. They can lean on educators to teach and remind students about the harms of Utah’s UV rays. They can require health care providers to actively warn patients who, based on genetic markers, are at higher risk of developing melanoma. They can ask parents to better safeguard their children while enjoying Utah’s vast outdoor offerings. Additionally, they can ask parents to reconsider decisions when allowing teens to tan indoors.

Too many lawmakers, like Daw, believe their opinions signal a need to create more laws. Instead of seeking to control Utah’s youths and parents, lawmakers should seek to increase public knowledge about important issues like UV exposure — both highlighting the risks associated with popular Utah outdoor activities and offering suggestions to minimize them. The answer to reducing melanoma in Utah must not be to force everyone to live as Daw wants them to.