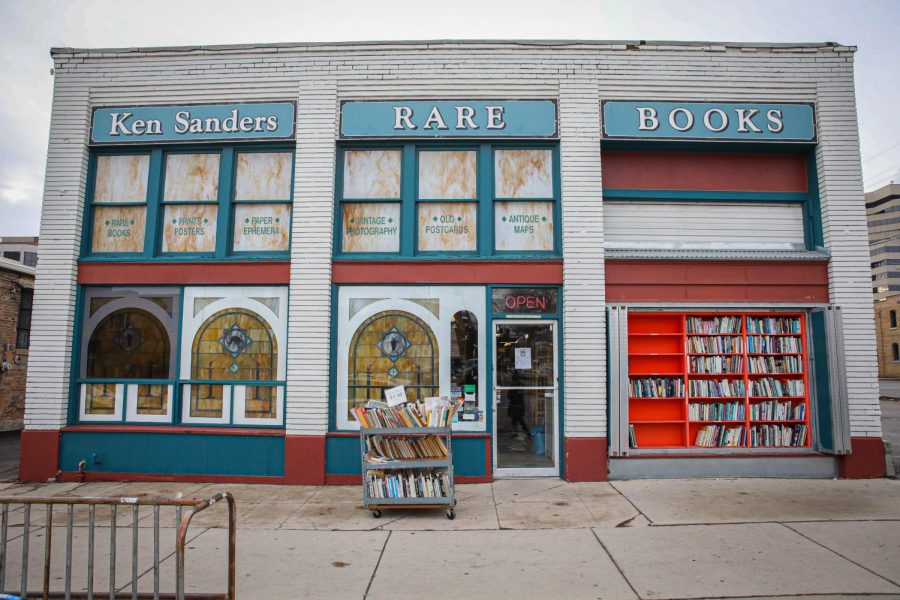 The Salt Lake Tribune recently reported that Ken Sanders Rare Books will likely close in 2021 due to Ivory Homes’ redevelopment plans for the shop’s location. The famous downtown bookstore is a tourist site as well as a favorite haunt for locals, and many Salt Lake residents were upset by the news. In fact, many people suggested online fundraisers to keep the beloved bookstore in business, but with an impending hike in monthly rent, it’s unlikely a one-time charity event could secure the store’s long-term future.

Utah is among the fastest growing states in the U.S., so some redevelopment in Salt Lake City is unavoidable. But if there’s one downtown block we should fight to preserve, it’s Ken Sanders’. It seems reasonable enough for us to expect developers to be sensitive to places and businesses that contribute so much to our local culture and community.

Stores like Ken Sanders Rare Books and the Green Ant — the vintage furniture store next door, whose future is also jeopardized by the block’s redevelopment — give Salt Lake City the personality that makes it a great place to live. More than once, I’ve suggested an afternoon browse at Ken Sanders to friends visiting from out of town and new Salt Lake residents looking to get to know our city. It seems as important to visit Ken Sanders on a trip to Salt Lake as it is to go to Powell’s City of Books on a trip to Portland, Oregon.

Besides selling rare and used books, Ken Sanders has been an important hub for music and literature enthusiasts for decades, hosting and sponsoring arts-centered events that foster a sense of community in our growing city. Its building is a beautiful piece of Salt Lake City’s architectural history, and it’s one of the only remaining bookstores in our downtown area since Eborn Books’ Main Street location closed in June 2019. In other words, Ken Sanders is a pillar of our city’s counterculture — and it’s well worth saving.

Unfortunately, in a state whose population growth is projected to double in the next three decades, redevelopment is necessary and inevitable. With such rapid growth, redesigning our cities is essential not only to fit more jobs and affordable housing but to protect our water and other natural resources from depletion, prevent our air quality from getting even worse, keep traffic at tolerable levels and so on. That means density does need to increase, no matter how ugly some of Salt Lake’s new high rise apartments might be or how frustrating it is to have major construction projects happening downtown.

That said, it doesn’t seem like too much to ask for developers like Ivory Homes to be respectful of businesses — like Ken Sanders — whose work over the course of decades has made Salt Lake City into the beautiful, eccentric, tight-knit community we all want to live in.

Any take on this issue must explore options for how to address it — but that’s a problem in and of itself. One challenging feature of Ken Sanders likely closure — and Salt Lake’s redevelopment at large — is that many of us who want to demand better of developers are in no position to put any kind of financial pressure on them to do so. We’re college students and professors, young professionals and penny-pinching local business owners like Ken Sanders himself.

Still, we can, as Sanders suggested in a note on the bookstore’s website, ask our city and state leaders to do more for these small but culturally meaningful businesses. As with any issue, calling and writing your elected officials is a good way to have your voice heard. In the meantime, it’s on Ivory Homes and other developers to do the right thing for Salt Lake City and work around our cultural pillars rather than bulldozing them.