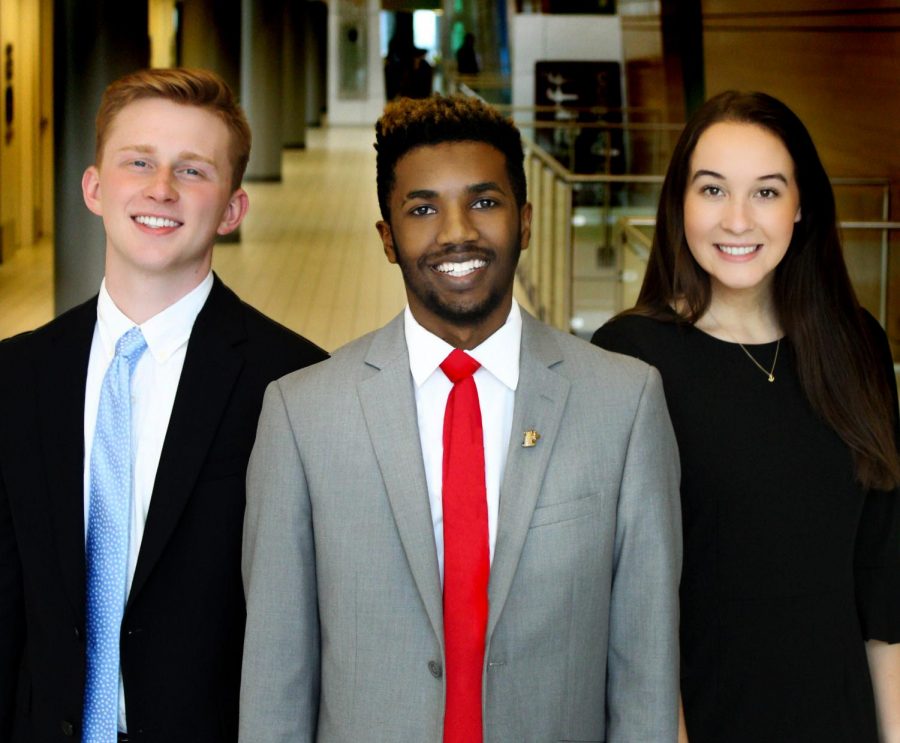 Update: As of Feb. 13, the Supreme Court has agreed to hear the Madson Ticket’s case on Feb. 17. They are now temporarily reinstated to the race.

Campaigning for Associated Students of the University of Utah President kicked off Monday, and the Madson Ticket, Kaden Madson, Delaney Horchover and Chandler Blount, were disqualified that night from the race because they failed to complete a part of the required training. They have appealed this decision to the ASUU Supreme Court and intend to still run.

One of the vice presidential candidates did not complete the “diversity statement,” a four-to-five sentence statement they had to submit on Canvas, before the deadline.

Madson said they initially did the other assignments at the beginning of January and at the time the Diversity Training was not available. He said the VP candidates that missed the deadline was busy and dealing with several family issues at the time.

Elections registrar Audrey Stegman said the requirements had been outlined in the Elections Packet since the end of August. She also said many candidates failed to hit the initial deadline of Feb. 7 at 5 p.m. and she extended that deadline even further.

Stegman said she was under the assumption that all candidates would complete the requirement and therefore allowed the candidates to announce and begin their campaign.

The candidates were announced through an article from the Chronicle on Monday morning, and Madson was informed later that night of the disqualification.

Madson said he is frustrated because in the process of preparing for candidacy, other candidates failed to pay the filing fee on time, which is explicitly lined out in the ASUU constitution as a requirement for candidacy. Madson said they informed the registrar and she said they would not enforce this specific rule.

The elections packet states candidates must pay the filing fee by Dec. 6, 2019 at 5 p.m.

“She doesn’t have to kick people out. There are different consequences that you can choose to impose on people,” he said. “That looks incredibly hypocritical.”

Madson said he feels the decision to disqualify them felt vindicative because they tried to get the elections registrar to enforce other rules earlier on in the process.

Stegman said she tried to make the election process as accessible as possible this year. She put the requirements in Canvas because it was a platform all students are familiar with.

Immediately after hearing the news, Madson appealed to the ASUU Supreme Court and he hopes they will hear his case. If the case goes through and they are not disqualified, the elections process will be delayed by an unknown period of time.

Madson said his frustration with the process also comes from his experience last year, where he tried to run for president but was not allowed to. The elections packet outlined the day for the credit requirement to be hit as Jan. 25, 2019, in which Madson would have been eligible, however, they said it was a misprint and they actually meant Dec. 6, 2018, and therefore would not let him run.

“It’s kind of just a weird effort to go against my campaign, and we are trying to fight against that,” he said.

Madson said he does not think any other ticket has put in the work and preparation for this election that they have. He said they have met with commuter services to develop a plan to address parking and attended selection meetings for the U’s new police chief.

While the ticket is very confident in their case and hopes to be reinstated into the election soon, Madson said if they are not, they don’t plan to go anywhere and would look for other candidates to help win elections.

In the meantime, they are still actively campaigning and planning to run in this race.

This article has been updated to accurately state the deadline dates for the 2019 ASUU election.