Technology & How It Has Changed Sports 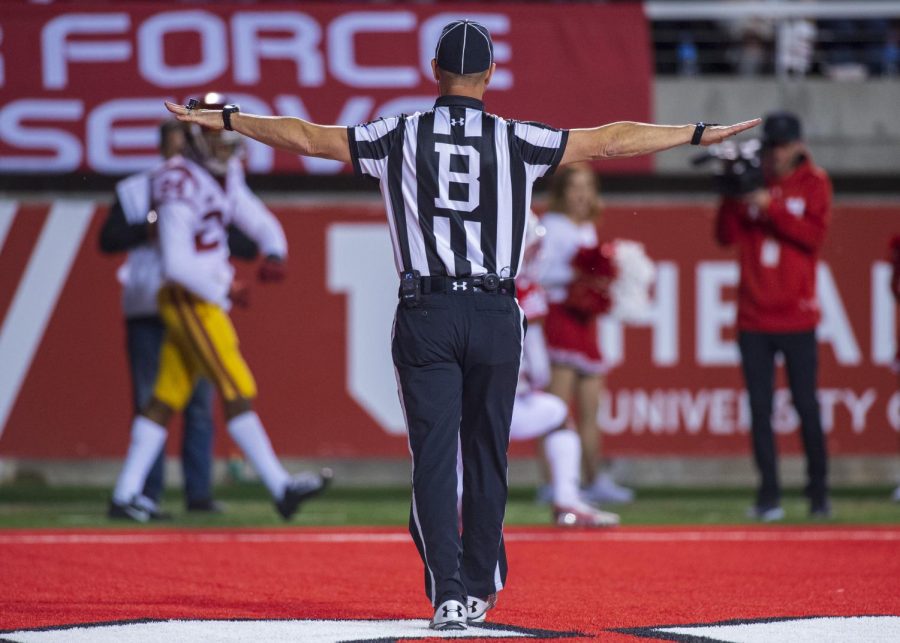 The baseline referee calls an incomplete pass for The University of Utah during an NCAA Football game vs. The University of Southern California at Rice Eccles Stadium in Salt Lake City, Utah on Saturday, Oct. 20, 2018. (Photo by Kiffer Creveling | The Daily Utah Chronicle)

Technology is becoming a big part of sports games and how rulings are made. The impact that technology has had on sports is immense but as much as it’s helping, could it also be hurting?

We do it all the time when watching a game — we see a ball barely pass the end zone when their foot might be out, a runner slides home to see if the throw is on time, or if a foul happens to allow a penalty kick — we rely on those instant replays. Seeing the player from all angles can really help the referees to make a final decision on the play.

Not only is it helpful for the referees, but as a coach and athlete, the rise of technology has a great impact on sports performance. When it comes to coaches and scouting a player, seeing every play-by-play can be very helpful. For athletes, they can watch their opponent’s every step in previous games to try and predict what they will do, as well as watch their own film to help make changes in their own performance.

In the most recent Superbowl LIV, we saw the issue of not having enough technology. For the final touchdown to put the Chiefs ahead, Damien Williams reached the ball over the end zone as his left foot stepped out of bounds. While the refs immediately called it a touchdown, they went to the instant replay and determined there wasn’t enough to overturn. Maybe if the NFL would add cameras to their goal lines we could’ve seen a more definitive answer on whether his foot was out or not.

But on the opposite end of the spectrum, right now there is a big scandal with the Houston Astros. The Astros were using a camera in center field to steal signs and know what pitch would come next. They would relay the information and bang on a trash can to let the batter know if the pitch was off-speed or not. Ironically enough, this also happened in 2017, the same year the Astros won the World Series. Would they have won without their tactics?

Overall, technology has thoroughly improved the sports world when used in the right ways and it will keep continuing to improve it, so long as teams and players play by the rules. The advancement in technology is an advancement for sports players and spectators every year.