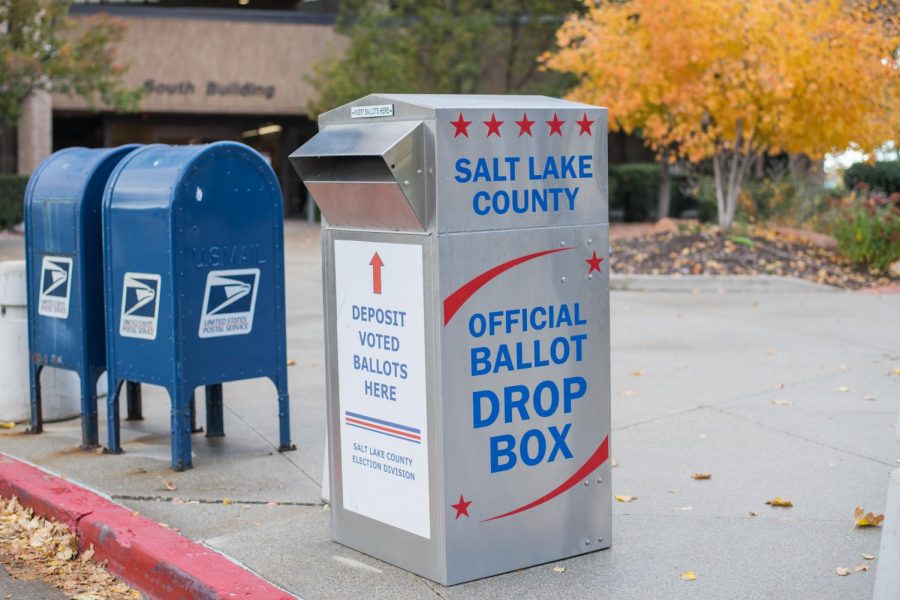 The Utah legislative session is only 45 days long and is jam-packed with bills to be debated. One such bill would remove the straight ticket voting option on Utah ballots, essentially erasing the small box on the ballot that allows people to mark either “Democrat” or “Republican” and vote for every candidate of their preferred party. While the bill does not prohibit voters from voting for all the members of one party, it forces them to go line by line, race by race, looking at candidates they might know nothing about instead of checking the one box that they know represents their beliefs. While the bill has honorable intentions, it is ultimately the wrong move because it minimizes the positive impact of parties, sets unrealistic expectations for constituents and is simply impractical.
The Function of Parties
The two-party system receives a lot of criticism due to its promotion of partisanship and a binary market of ideas. That being said, the two-party system is ingrained within our government and there is no getting rid of it, so we should embrace its positive aspects. Party platforms can quickly communicate the values and policies of candidates to constituents who do not have a lot of time to learn the individual positions of each candidate. Ideally, they are a tool used to tell voters a lot of information very quickly. A party identification cannot tell voters everything about a candidate, but it can give them enough of an understanding to know if a person aligns well with their values and is worthy of their vote. Removing the option for straight ticket voting on Utah ballots only minimizes of the positive impact political parties can have.
Unrealistic Expectations

Forcing Utahns to vote race by race will create the unrealistic expectations that voters can and should have the time to be educated on every candidate on the ballot. In a perfect world, everyone would have the time to learn about all of the candidates. Reality paints a different picture, one where most people do not have time to be educated on all or even most of the names that will appear on their ballot. However, while constituents are often not informed on individual candidates, most Americans are informed about enough public policy issues to know whether or not they identify as more conservative or liberal. This bill implies that identifying strongly with one party is in some way wrong. In reality, voting for a candidate because they are from one party rather than another is a perfectly valid reason to support them.
Practicality
Having the option for straight ticket voting does not force any voters to cast a straight ticket ballot and removing it only limits the options on the ballot. Straight ticket voting simplifies and speeds up the electoral process. This is beneficial for a number of reasons. Getting people engaged in politics, especially state and local level politics, is difficult. Making it easier for people who lead busy lives to get in and out of the polls will bring more people to the polls in the first place. People vote when voting is easier.

Removing the option for a straight ticket could also make voting more difficult for people with poor vision or motor skills. They would have to check box after box — even if they knew they were going to fill in a straight ticket ballot — because the single box option would not be there anymore. This bill makes voting less inclusive for those with certain physical limitations. Making voters tick each individual box also leaves more room for error. The more times voters have to make a check mark on their ballot, the more likely it is that some people could accidentally tick the wrong box and cast a vote that does not accurately reflect their beliefs.

Some believe that removing straight ticket voting will better engage voters and force them to spend more time thinking about the ballot they cast. The reality is, however, it makes casting ballots unnecessarily harder. In an ideal world, every voter would be educated on the policies of every candidate, but in the meantime, political parties are meant be a political tool that can communicate the policies of different candidates to the public. Legislators cannot make people more involved in politics, but they could promote the positive effects of parties. They definitely should not present bills to make voting more impractical, exclusive and prone to error.