Does ASUU Have a Voter Turnout Problem? 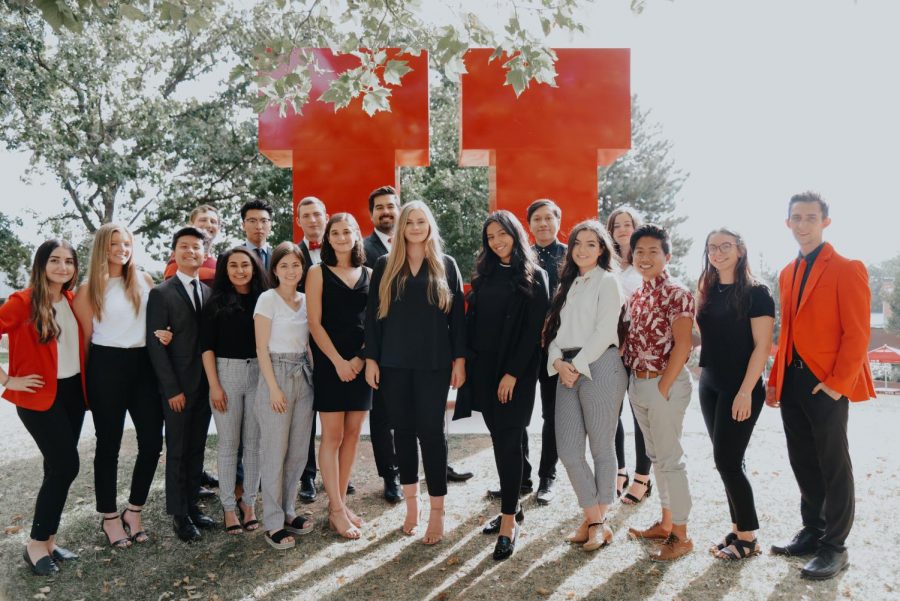 On Feb. 10, the Daily Utah Chronicle reported that there were four candidates vying to become ASUU President for the next school year. (One candidate was disqualified later that day, but has been temporarily reinstated until an upcoming Supreme Court hearing.) This signifies the start of ASUU’s election season. The four presidential candidates, Rebecca Hardenbrook, Ephraim Kum, Kaden Madson and Walker Nasser, have the difficult task of trying to convince a student population that already struggles with voter turnout to vote for them.

In the last ASUU election cycle, 2,532 votes were cast in the presidential race — 2,145 for current ASUU president Anna Barnes and 387 for “none of these candidates.” (Barnes was the only candidate running.) According to the University of Utah’s Office of Budget and Internal Analysis, there were 30,188 total students enrolled for the Spring 2019 semester. That would make the voter turnout for the 2019 presidential race to be 8.38%.

“We have over 100 student leaders, and I know they put in hours [upon] hours of work and they get results,” said Barnes. Barnes said that it is difficult to communicate the hard work of ASUU to the rest of the student body, but she believes that sharing this message would cause more students to take her organization seriously.

Barnes said that 8% turnout rate was not uncommon. “I know that sounds really, really bad, but on other college campuses that is about the norm. 5 to 10% of the [student] population votes, unless it is a really small population,” said Barnes.

Barnes also pointed out that voter turnout did increase from 2018 to 2019. In 2018, only 1,616 students voted out of a student body population of 28,707. This makes the 2018 voter turnout rate 5.62%, meaning that turnout increased by almost three percentage points in one year.

Efforts are being made on ASUU’s part to increase voter turnout.

“This year to increase voter turnout, we will be having events each day of General Elections including debates, meeting candidates events and voter incentives,” said ASUU elections director Audrey Stegman in an email to the Chronicle.

Stegman echoed Barnes’s sentiment that one of the main reasons the U has low voter turnout is due to the lack of student awareness of the impact ASUU can make on campus.

Others in ASUU have different opinions on why ASUU has low voter turnout.

“Our University has students from very diverse backgrounds. As a commuter campus with many non-traditional students, I think voting in student government elections can get lost in the scramble of day-to-day life. Even though it only takes a minute or two, it will get thrown to the wayside if a student has a job or family to focus on,” said Hunter Mansfield, the Senate Vice Chair.

Mansfield had one of the closer races in the 2019 ASUU election cycle. Between him and one other candidate, Mansfield won his race by only 7 votes. According to the U’s Office of Budget and Internal Analysis, there were 5,103 students enrolled in the college of engineering in the spring of 2019. With only 365 votes cast in the senate race, the voter turnout for the college of engineering was at a low 7.15%.

“As the largest college on campus, 365 students is a weak turnout,” said Mansfield. “Statistically, engineering students study more than any other undergraduates on campus. The stress and workload our students have can cause them to have ‘tunnel vision’ and ignore everything not directly impacting themselves,” said Mansfield.

“This, on top of the engineering culture valuing technical skills above all others, causes our students to be less involved with leadership and the rest of campus,” said Mansfield. To Mansfield, this “tunnel vision” and culture within the engineering community means that student leaders often focus their involvement within the college, instead of with the broader campus community.

Hardenbrook, who is currently the Senator for the College of Science, said the lack of marketing on ASUU’s part is one of the main reasons voter turnout is low. Hardenbrook’s Senate race was one of the most competitive races during the 2019 cycle, with five separate candidates splitting 319 votes. And, with 2,452 total students enrolled in the college of science, voter turnout was higher than the overall voter turnout for ASUU at about 13%.

“The elections are not well advertised,” said Hardenbrook. “A lot of times people don’t really reach out to folks and [don’t] do a good job of messaging to all types of groups.”

One of the keys to Hardenbrook’s win? Reaching out to graduate students.

“There is also a lack of representation in voter turnout from international students,” said Hardenbrook. “They also can vote because they are students, but they either don’t know that they can or they are not usually sought after when we are doing our campaigning.”

Hardenbrook hypothesizes that graduate and international students are not represented because they are not targeted by ASUU candidates.

“Most of the people from ASUU are undergraduates who aren’t international students, and I think a lot of [candidates] just forget to target that population,” said Hardenbrook. “I think that there is a lack of messaging on the part of ASUU as to why ASUU is applicable for all student bodies on campus, [including] graduate and international.”

“I do acknowledge that ASUU, and the leadership positions within our organization, have not always accessible to all students, and there is extensive work that needs to be undertaken for ASUU to become more accessible,” said Barnes. Barnes noted that there have been major efforts on her administration’s part to reach out to international and graduate students.

“A major [effort] has been building meaningful, long-term relationships and partnerships with ethnically diverse student groups and organizations on campus that serve international students and students of color, such as the Black Cultural Center, the Dream Center and International Student and Scholar Services,” said Barnes.

But have those efforts been noticed?

According to Borcik, many international students would be surprised if they knew they could vote and run in ASUU elections.

Voting for ASUU elections begins on Monday, Feb. 24 at 7 a.m. and concludes at 5 p.m. on Feb. 28. Information on the candidates for president, attorney general, assembly, and senate have been posted on the ASUU website along with instructions for how students can vote. In the 2019 elections, the oldest voter was 69 years old with the youngest was 16. All students of any age and grade level can vote in ASUU elections.

The Chronicle will host a debate between the presidential tickets on Feb. 18 at 4 p.m. in the Union Theater. This event is open to the public.