Get to Know the New University of Utah Police Chief 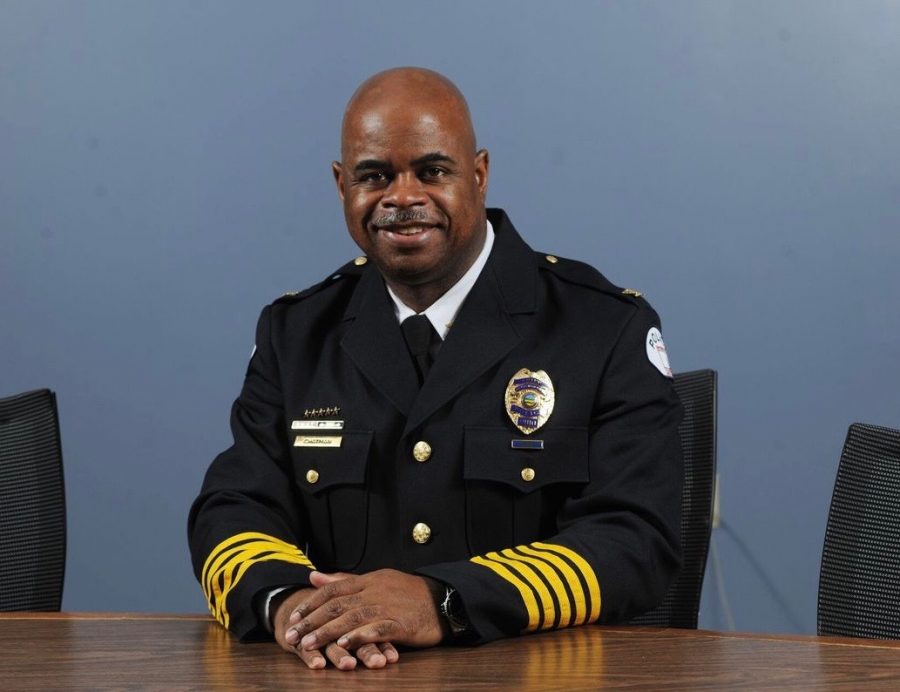 Today, Rodney Chatman starts at the University of Utah’s new chief of police.

On Jan. 9, 2020, the U announced that Chatman had been named the new Chief of Police of the U’s Department of Public Safety.

In a statement released by the U, president Ruth V. Watkins said, “Rodney is an experienced law enforcement leader who has a deep understanding of campus policing.”

“I [am] extremely honored to have been selected to fulfill this vital role,” said Chatman. “I am really looking forward to engaging with the entire community, particularly the students.”

“My philosophy is that you can effectively police a community if you are not a part of that community,” said Chatman. He went on to add that U students can expect “intentional opportunities” for engagement between him and the student body, noting that he wants to listen to the concerns of the students.

“I want to partner with [the students] so we can define what success looks like for the both of us,” said Chatman.

Chatman acknowledged the perceived lack of trust between the student body and the U’s department of public safety. He stated that the best way of rebuilding trust between the police and the community that it is sworn to protect is to create opportunities to engage with students, learn what the needs of the student body are and listen to what success looks like to them.

Chatman will report directly to the new Chief Safety Officer Marlon Lynch, who started the newly-established position on Feb. 1. With two people new to the U, will there be any learning curve?

“I see it more as [an] opportunity,” said Chatman. He acknowledged that there are some “hurts” within the student body. “We come to the university with a fresh perspective, so our job is to have appreciation for those hurts, our job is to listen to what those hurts are, our job is to hear what success looks like from those who have been hurt or who need to feel a greater sense of trust in [their] police department.”

While Chatman is looking to engage with students, students should not look for any massive changes made within the U’s Department of Public Safety on day one.

“I think the wisdom dictates that I come and experience the University of Utah first,” said Chatman. “I think I would be doing an injustice to myself and an injustice to the department and the university if I try to make changes when [first] I need to identify the things that are working well and enhance those things and give support to those things.

Chatman added that his philosophy of community engagement would automatically create accountability for the work of the department of public safety. “I think that is what the university needs — a sense of accountability,” he said.

One of the biggest complaints about the U’s Department of Public Safety from the student body is a perceived lack of accountability, especially after the murder of Lauren McCluskey in October 2018.

Chatman hopes his philosophy of community and student engagement will rebuild the student body’s perception of the Department of Public Safety. He said that once students feel comfortable coming to the police, then a sense of accountability emerges. Chatman said that during his tenure, the Department of Public Safety will start to rebuild trust, “one student at a time.”

“I think [Chatman] has an awareness of what he is going to be getting into here,” said ASUU President Anna Barnes. “He has enough experience to know that he can handle it. I think that’s the key thing. The work of safety is done as a community, but I think that leadership ultimately determines how quickly that work gets done and how sustainable and effective that work is.”

“Listening and being heard is great, but I think action is better,” said Barnes. “I expect action to be taken on issues that are important to students and I expect a lot of collaboration with students to get those things done.”

For Chatman and the student body he serves, this hiring is just the beginning. “I also expect a culture shift [on campus.] I want to see a police department that works towards reflecting the demographics of our campus,” Barnes said, adding that she wants to see more women and people of color hired.